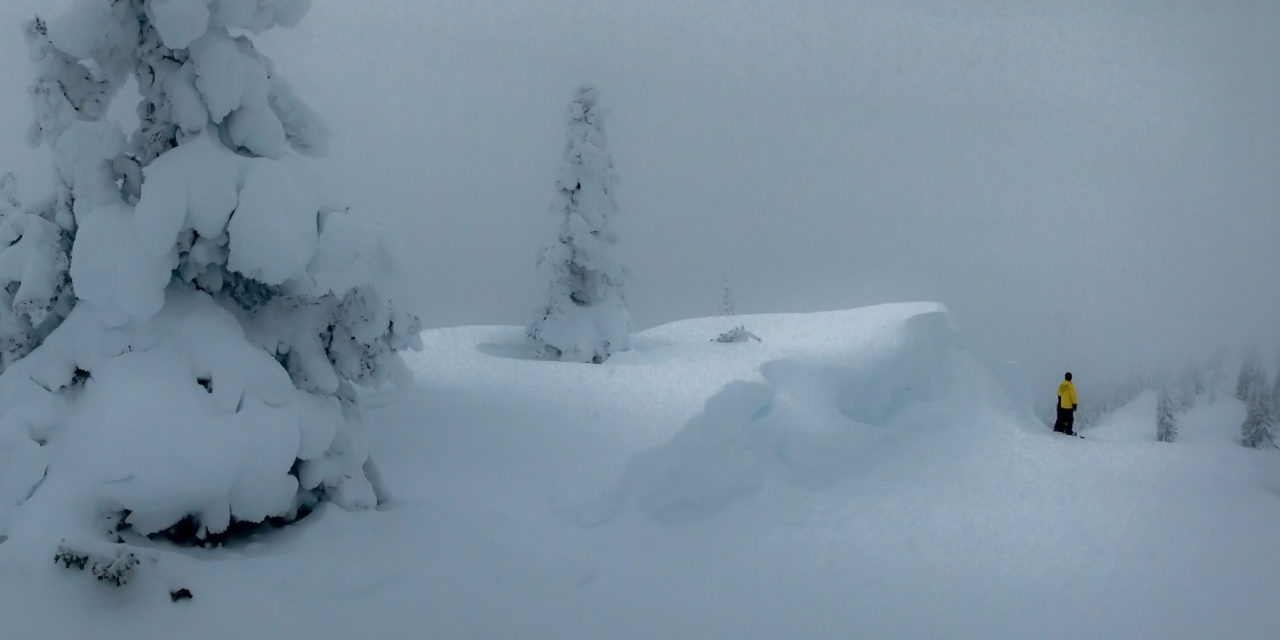 Whether a proponent, opponent or somewhere in between, global climate change studies have come to the consensus that our planet is changing. The federal government National Climate Assessment paints a grim portrait of climate change’s impacts on the United States. The 841-page report is full of graphics explaining how the rise of greenhouse gas emissions is already transforming the American West and the rest of the country.

In the coming decades, changes to the West’s snowpack will create ripple effects far beyond the ski slopes. Near-term changes in the region’s hydrological cycle will impact water supplies, forest health, agricultural productivity, and the food supply. The bulk of the flow in most Western rivers comes from melting snow.

Scientists have shown that most of the large-scale reductions in snowpack have been related to rising temperatures. Temperatures have warmed by 2 degrees Fahrenheit in the Rocky Mountains and by 1.7 degrees in the Sierras.

According to Anne Nolin, professor of geosciences and hydroclimatology at Oregon State University, the spring snowpack has been declining by 1.5-2% per decade over the past several decades. While this amount may not sound like a steep change, it is significant enough to cause economic losses for the ski areas most vulnerable to a changing climate, such as those at lower elevations and in the warm extents of the Pacific Northwest.

Though overall projections anticipate a consistent decline in Western snowpack over the 21st century, these are difficult predictions to make given the great variability in snowfall from place to place and year to year. As winter sports fans are well aware, resorts separated by only a few miles can receive vastly different snow totals from a single storm.

A recent interview with Gary DeFrange, former CEO of Winter Park Resort brought to light the challenges the ski industry will face in coming years. Defrange stated, “many small resorts will be forced to close permanently as the winter season becomes shorter and less profitable, resorts without snowmaking will be unable to make it work.”   During his tenure, DeFrange attended several climate based conferences that focused on the effects of a warmer climate.  “the facts are out there and small resort towns that depend on winter sports and associated businesses need to form contingency plans.”  He added, “Winter Park Resort is fortunate to have access to water resources. In the last few years we have upgraded our snowmaking system to help insure our operating dates from year to year.” 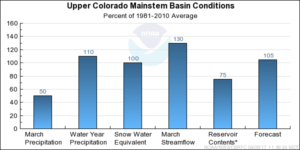 To measure how the snowpack has been changing, scientists often gauge snow levels on April 1st, which is when the snowpack usually reaches its basin-wide maximum in the West. The amount of April 1st snow water equivalent (SWE) has shown a downward trend in recent decades: across much of the Rocky Mountains and the Cascades of the Pacific Northwest and in much of California, the SWE level has decreased 20% compared with 80 years ago.

The warm and dry weather in early March triggered an early melt, marked by some of the strongest streamflows for the month in decades, but powerful storms at the end of the month left the statewide snowpack sitting at 107 percent of normal, according to the Natural Resource Conservation Service’s Colorado Water Supply Outlook Report for April 1. 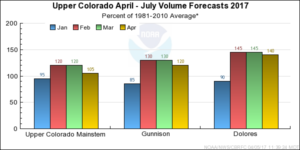 Most Colorado river basins typically see snowpacks growing into the middle of April. But the unseasonably early warmth in early March changed that, with the melt beginning weeks earlier than normal. All of the state’s major river basins saw snowpack declines of 20 percent to 40 percent of normal in March.

Late-March and April snowfall have helped rescue a flagging snowpack in the west, pushing every river basin in Colorado above normal despite below-average precipitation for the month.