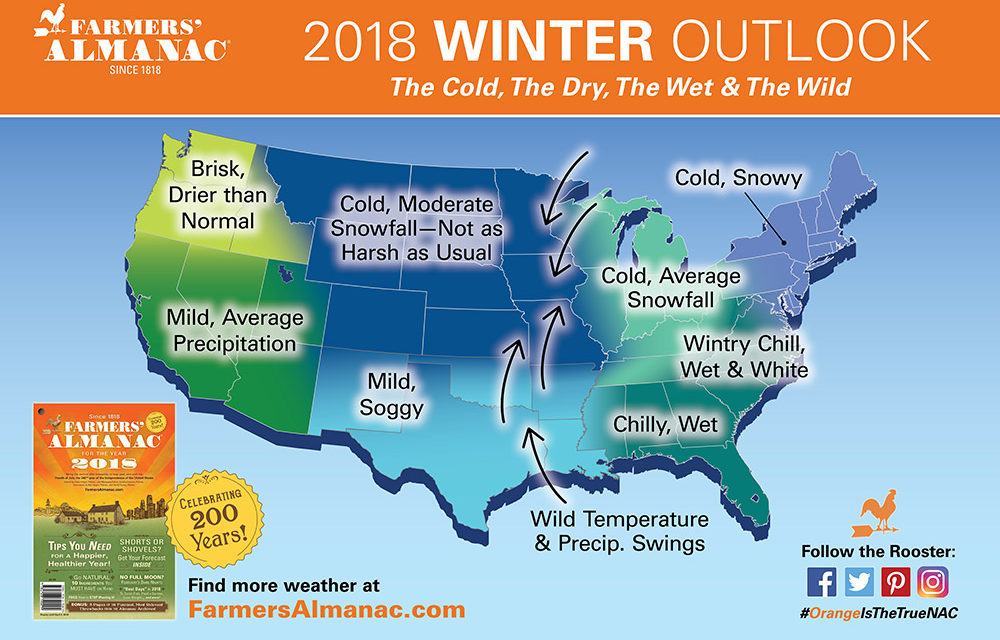 Wisdom from Way Back

Before there were weather apps for your smartphone, or the National Weather Service, people looked to the signs of nature to prepare for what’s to come. 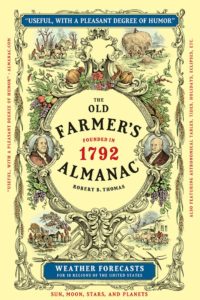 The Farmers Almanac, not to be confused with the Old Farmer’s Almanac, is North America’s most popular reference guide and one of the oldest continuously published periodicals. Its history is as rich and diverse as the Almanac itself. What? You didn’t know there was a difference? Actually, neither did I! Early in America’s history, many regions published their own localized version of an Almanac, based upon historical recordings and interpretations.

The Old Farmer’s Almanac was first published in 1792, while George Washington was in office. The publication is based in Lewiston, Maine, and, their weather predictions are made 18 months in advance, focusing on 18 US regions. They utilize a prediction formula that includes solar activity, prevailing weather and jet-stream patterns and ocean temperature records. Overall, the Old Farmer’s Almanac’s monthly forecasts have been found to be about 52% accurate.

The Farmer’s Almanac was first published in 1818, while James Monroe was President. The Farmer’s Almanac is based in Dublin, New Hampshire, and, they make weather predictions 16 months in advance for 7 US climate zones. Their prediction formula utilizes mathematical and astronomical equations and puts global positioning for the upcoming year into their calculations. They do not use any satellite tracking equipment when forecasting. The Farmer’s Almanac’s monthly forecasts have been found to be about 80% accurate.

An Alaskan native legend also states that, when the Fireweed plant blooms at the top (it blooms from the bottom up), we have six weeks until winter arrives.

What are you seeing in your backyard?