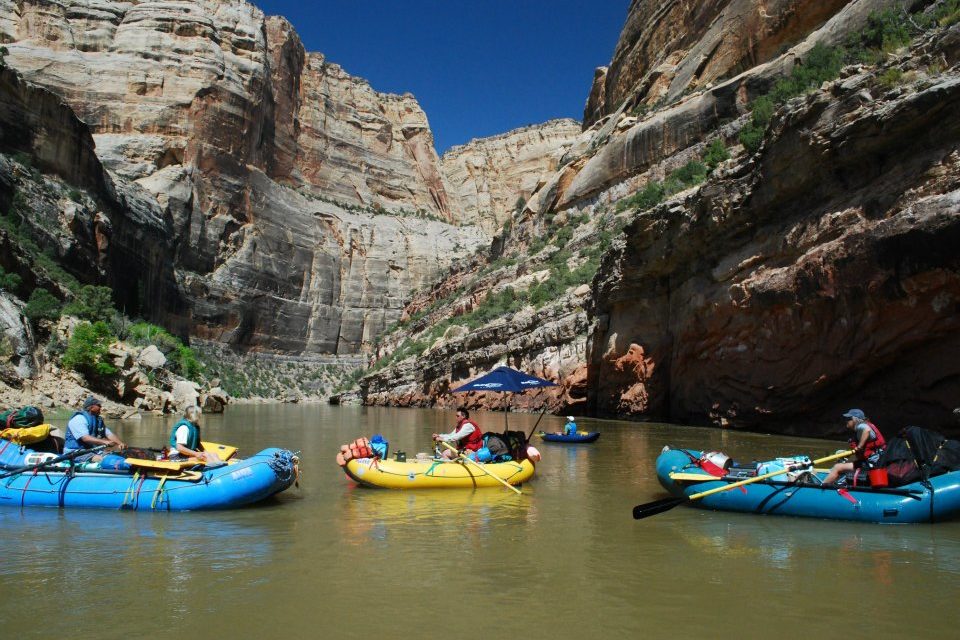 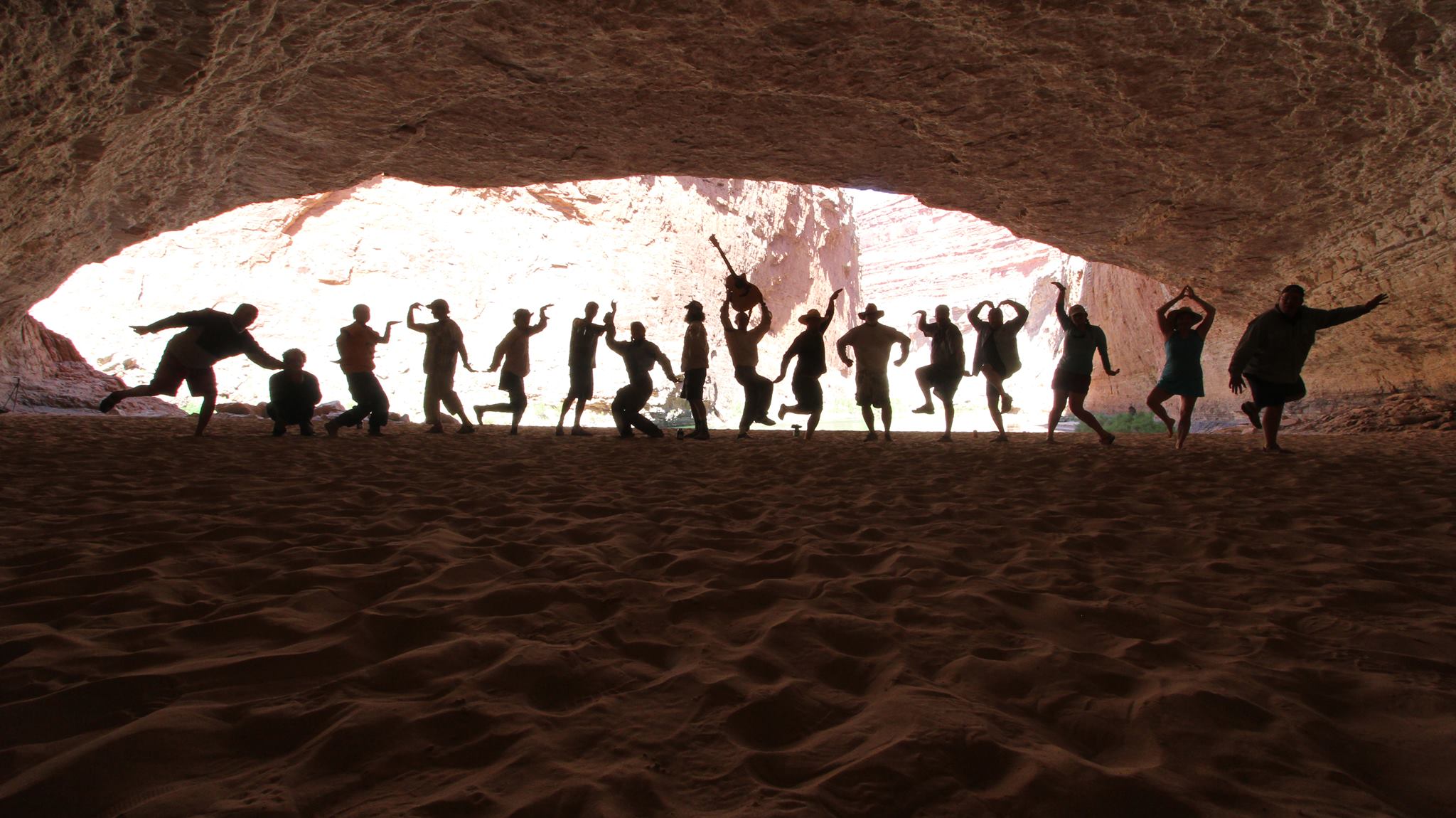 Ah, rafting! Those of us lucky enough to have experienced the sport and made it part of our lifestyle are lucky indeed. With just the right mix of excitement and relaxation, coupled with spectacular scenery, a multi-day trip down the river is a relatively low-cost option for an excellent vacation getaway.

If you’ve been part of the sport for a while, you’ve probably noticed that increasing popularity of the sport has made it more challenging to actually get on the river.  An overnighter on the upper Colorado River was once something that you just showed up for, rigged your boat and ran. Finding a campsite, even on the weekends, was never a problem.

Now, unless your schedule allows for a weekday launch, you’ll find it difficult to secure a campsite along the banks of the Colorado River, especially between the Pumphouse and State Bridge boat ramps. It loosens up slightly below State Bridge, but with more private land and limited camps available along the river to Dotsero, running this stretch can also be a crapshoot.

Last Fall, the Bureau of Land Management looked into several different management options for the Upper Colorado river, between Parshall and State Bridge. The options ranged from issuing day-use permits, adding a camping permit with designated campsites, expanding the developed Pumphouse Campground or leaving it as it is. At this time, they have not yet released information on whether they’ll be making any changes this summer, to one of the last non-permitted stretches of river in the region.

Anyone who has been on the Grand Canyon’s rafting waitlist can attest to the fact that a lottery system has helped level the permit issuance playing field. Those that were on the list prior to the 2007 lottery system implementation were given a number of priority points, based upon the number of years they’d been on the waiting list. Eleven years later, some of those folks are still working on landing their perfect trip. Those that came late to the party (after 2007) are able to accrue up to a maximum of 5 priority points. Priority points are determined by the applicant’s last trip down the Colorado River in Grand Canyon, with one priority point given for each consecutive year you haven’t done a trip.

I am currently sitting at 4 points, but my latest application effort for a late April 2019 permit was fruitless. This year, a total of 6,725 applicants competed for 468 launch dates in 2019. Throughout the year, there are also follow-up lotteries for cancellations, but the odds of winning are similar and equally dismal.

In recent years, lotteries have become the preferred method most permitted stretches of river utilize to issue their river permits. Mostly gone are the days of calling in to the river office and speaking with a ranger to arrange a permit. I once spent 3 days calling in to the Dinosaur river office in search of a cancellation, and even after all that time, I was still able to pick up a coveted Gates of Lodore permit. But alas, those days are now seemingly gone. 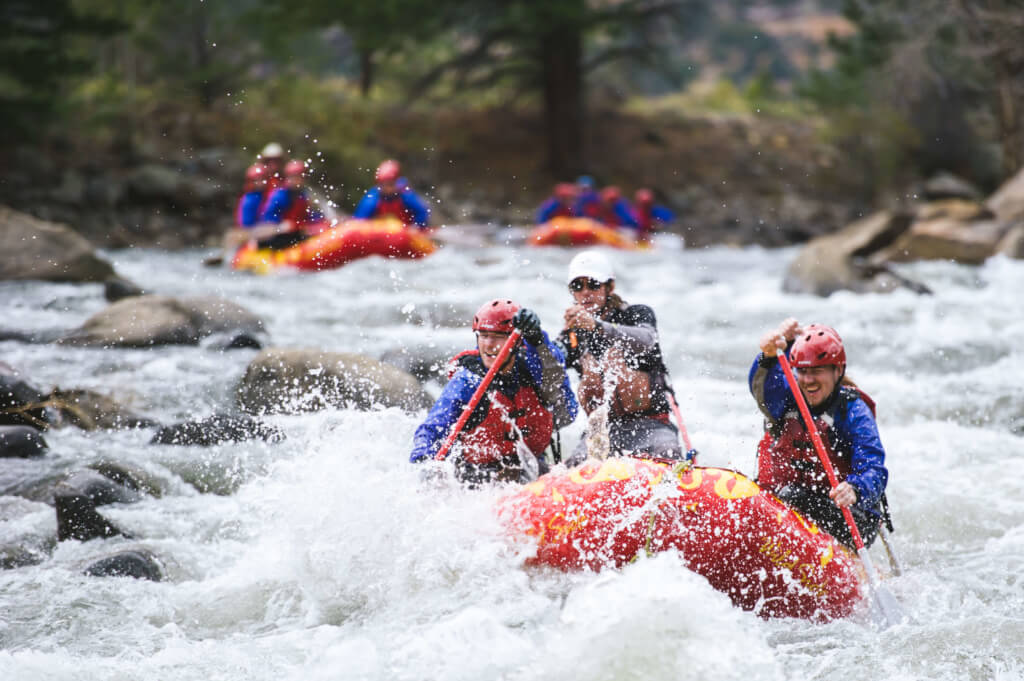 The Numbers on the Arkansas River

River permits for the Green, Yampa and San Juan rivers in Colorado and Utah are now obtained through a lottery system, facilitated by the Recreation.gov website. The lottery system is set up to collect applications during a limited time period, and permits are awarded about 2 weeks after the lottery closes. This year, as has become an unfortunate norm, my applications yielded no permits. On March 1, any unclaimed permits as well as early and late season permit dates are available to claim at 8 am on the website. This year, by 8:01 am, all the available permits were gone! I know I was not the only one logged in that morning, and, judging by the hailstorm of aggravated rafters posting on social media, I was not alone in my frustration.

In “the good old days”, you submitted your application and payment to the specific river office, and, if you later picked up a cancellation, you were credited for the payment you’d submitted with your initial application. With Recreation.gov, this is no longer the case. For example, an application for a permit on the Yampa or Green river in Dinosaur National Monument is $15. If you are not awarded a permit through the lottery and later obtain a cancellation, another $15 charge applies, along with the permit fees.

Currently, Recreation.gov does not provide any statistical data. While the lottery system has grown quickly, and understanding that they’re still working through details, it is hoped that statistical data will be made available at some point in the future. One is left to speculate the actual number of applications submitted during the lottery, and for which dates, and the amount of funds that are generated through this system are significant. It would certainly help to know the application statistics, the amount collected, and, where those funds are going.

So, what is a boater to do? The Upper Colorado river is still an option, albeit a generally crowded one. Brown’s Canyon through to the Royal Gorge on the Arkansas river is non-permitted, but it is difficult to do an overnighter on that stretch. The Dolores river is non-permitted, but relies on southwestern snowpack to be a viable option, so this might not be a year to count on running the Dolores. Westwater Canyon still offers permits two months ahead by calling in, and, Cataract Canyon issues permits through their website or by calling in.

Having given up on picking up a spring Yampa river cancellation, I managed to get an early May  Westwater permit this week. Of course, wanting to maximize river time, I’m adding a few days on the above Ruby Horsethief section of the river as well, and, wouldn’t you know? I had to book those nights on Recreation.gov! Luckily, I was able to select my chosen campsites for the dates I wanted, so I’d say that was a win.

For a number of years, we’ve been scratching our heads, looking for better ways to manage our river corridors. At this time, I think it’s too early to tell whether a lottery system is actually helping.