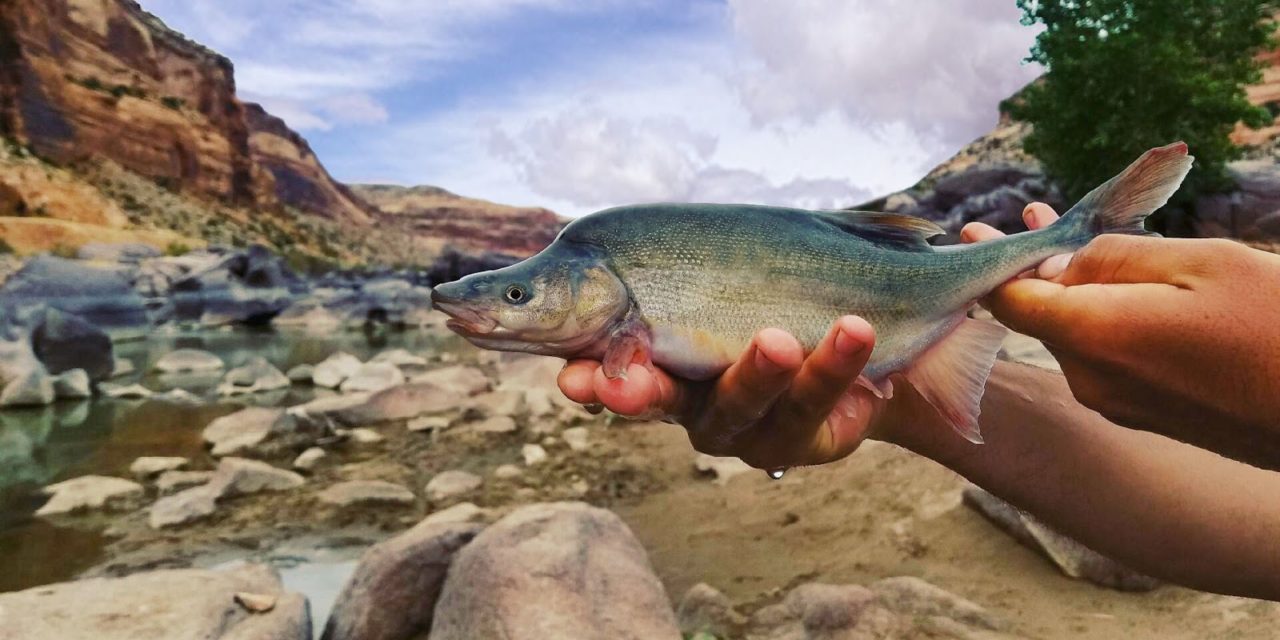 Last Week, The U.S. Fish and Wildlife Service said it will consider reclassifying the humpback chub as threatened within the next year.

Things are looking up for a rare Colorado River fish, the endangered humpback chub. The U.S. Fish and Wildlife Service (Service) recently completed a species status assessment (SSA) and concluded the current risk of extinction is low, such that the species is not in danger of extinction throughout all of its range. The SSA explained that the largest population of humpback chub, which is found in the Colorado and Little Colorado rivers in the Grand Canyon of Arizona, is a stable population of about 12,000 adults.

The fish that can navigate turbulent waters and has a fleshy bump behind their heads first were considered endangered in the late 1960s. As dams were built to control water in the river and its tributaries, turning the once warm and muddy waters cold and clear, the fish struggled to survive. Invasive species also preyed on them.

The number of adult humpback chub in the Grand Canyon went from nearly 11,000 in 1989 to less than half that number a decade later before stabilizing around 2008. Now, the Grand Canyon has the largest population of about 12,000 adults.

Although this unique fish is making a big step toward recovery it still needs help. Conservation work by a diverse group of stakeholders has been one of the key contributions in recovering this native fish. State, tribal, federal, and private stakeholders collaborate via the Upper Colorado River Endangered Fish Recovery Program (established in 1988) and the Glen Canyon Dam Adaptive Management Program (established in 1997) to continue the monitoring programs and to reduce threats to this species’ recovery. “Endangered species recovery in altered and heavily managed ecosystems like the Colorado River is a complicated endeavor,” said Service Mountain-Prairie Regional Director Noreen Walsh. “Our best chance for continued success rests in the power of these collaborative partnerships.”

“It took a long period of time for us to understand how a species like this behaves in the system,” said Tom Chart, director of the Fish and Wildlife’s Upper Colorado River Endangered Fish Recovery Program.

He said those working on recovery of the species had to learn how the populations fluctuate over time, how to mimic the natural conditions of the river that the fish need to reproduce, and to control non-native fish like rainbow and brown trout, green sunfish and smallmouth bass to give the humpback chub a better at survival. “It’s kind of putting these puzzle pieces together to understand it,” he said.

Federal officials say the conditions in the upper and lower basins of the Colorado River differ because of the temperature of the water and availability of food. Releasing water from dams upstream of Lake Powell is based on snowpack, while releases from Glen Canyon Dam rely on the amount of sediment available to create spawning areas for humpback chub.

Full recovery of the species will take more work.

“There has been diligent work by many state and federal agencies to protect this species,” said Kevin Dahl of the National Parks Conservation Association. “It’s not out of the woods yet, and the efforts to monitor and try to create model conditions for this fish continue.”

The last set of recovery goals, developed in 2002, called for two core populations of at least 2,100 adult humpback chub to consider listing it as threatened. The Grand Canyon population is well above that number, but the second population in canyons near the Colorado-Utah border only recently surpassed it, Chart said.

Completely delisting the humpback chub would mean establishing a third population of about the same number, but Chart said the Fish and Wildlife Service will re-evaluate the goal as part of the process of reclassifying the species’ status.

The fish once had a broader range, but the construction of the Flaming Gorge Dam in Wyoming and Hoover Dam on the Nevada-Arizona border led to two other populations becoming extinct. An eighth documented population in Dinosaur National Monument also is considered gone