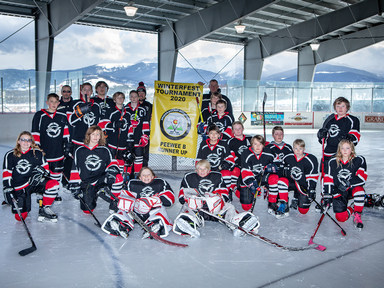 Earlier this month the Fraser Valley Eagles, Peewee Hockey team competed in the Arvada Winter fest tournament. The Peewee B bracket that the Eagles were in consisted of 11 other team ranging from California, Nebraska and a variety of Colorado teams. The games started Friday the 14th at 7am sharp against the Lakewood Lakers. The Eagles pulled out an early morning win to build their tournament momentum. They later went on to beat Aspen (8-2), Vail (4-3) and in the final pool play game were bested by Omaha 3-1. Picking up 5 points from earlier wins the Eagles qualified for the semi final game against the Velencia Flyers (CA). Monday morning’s 6am semi final game was a good contest for both teams but the Eagles pulled out the victory 5-1! The Eagles moved on to the Championship game against Omaha. Using the prior knowledge from the last game the Eagles were ready for the challenge at hand. The game was an even match and proved to be a hard first period. Heading into the second period the Eagles were down by one and fought back to tie the game at 1-1. As the game continued the Eagles got a few penalty’s that allowed Omaha to go up 3-1. With two minutes left in the game the Eagles pulled their Goalie to get within striking distance. The six players on the ice gave everything they had and were able to get a goal! Unfortunately, the score board had 10 seconds left in the game and the Eagles came up short. “It was a great team effort and every player gave it their all! The kids have a lot to be proud of and get a nice banner to hang at the rink” said Head Coach Matt Sullivan.

The Peewee Eagles have finished their regular season in second place and will compete in the Divisional Playoff tournament the final weekend of February.