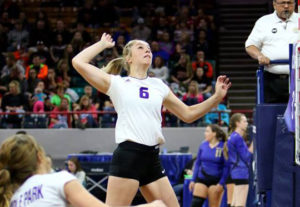 Middle Park Girls Volleyball made the trip to the State Championships joining 11 other clubs trying to end the dominance of Eaton in Class 3A volleyball as the Reds have captured yet another title The Reds have become the third team in Colorado history to win at least five consecutive crowns and stay in the chase to catch Colorado Springs Christian who holds a state record six-in-a-row.
#9 MIDDLE PARK PANTHERS (22-3)

Pic 1:  Bailey Martin with one kill shot out 222 she racked up during the State Championships. 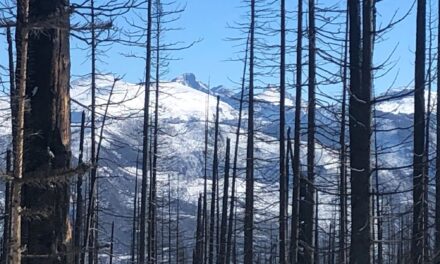