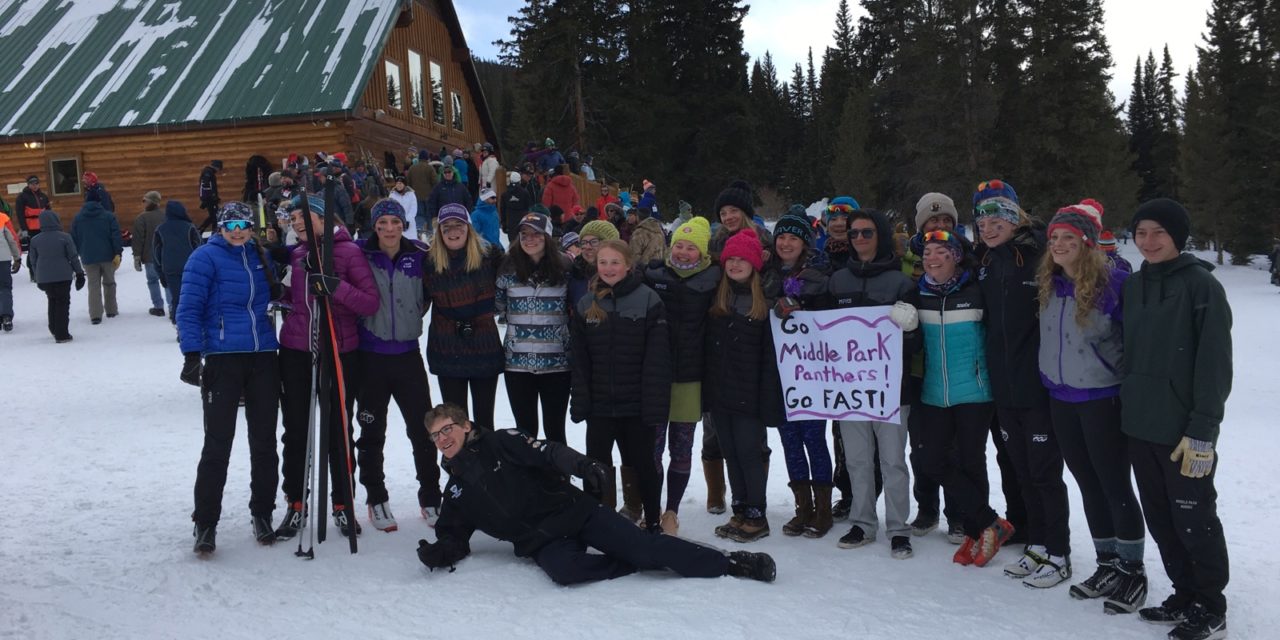 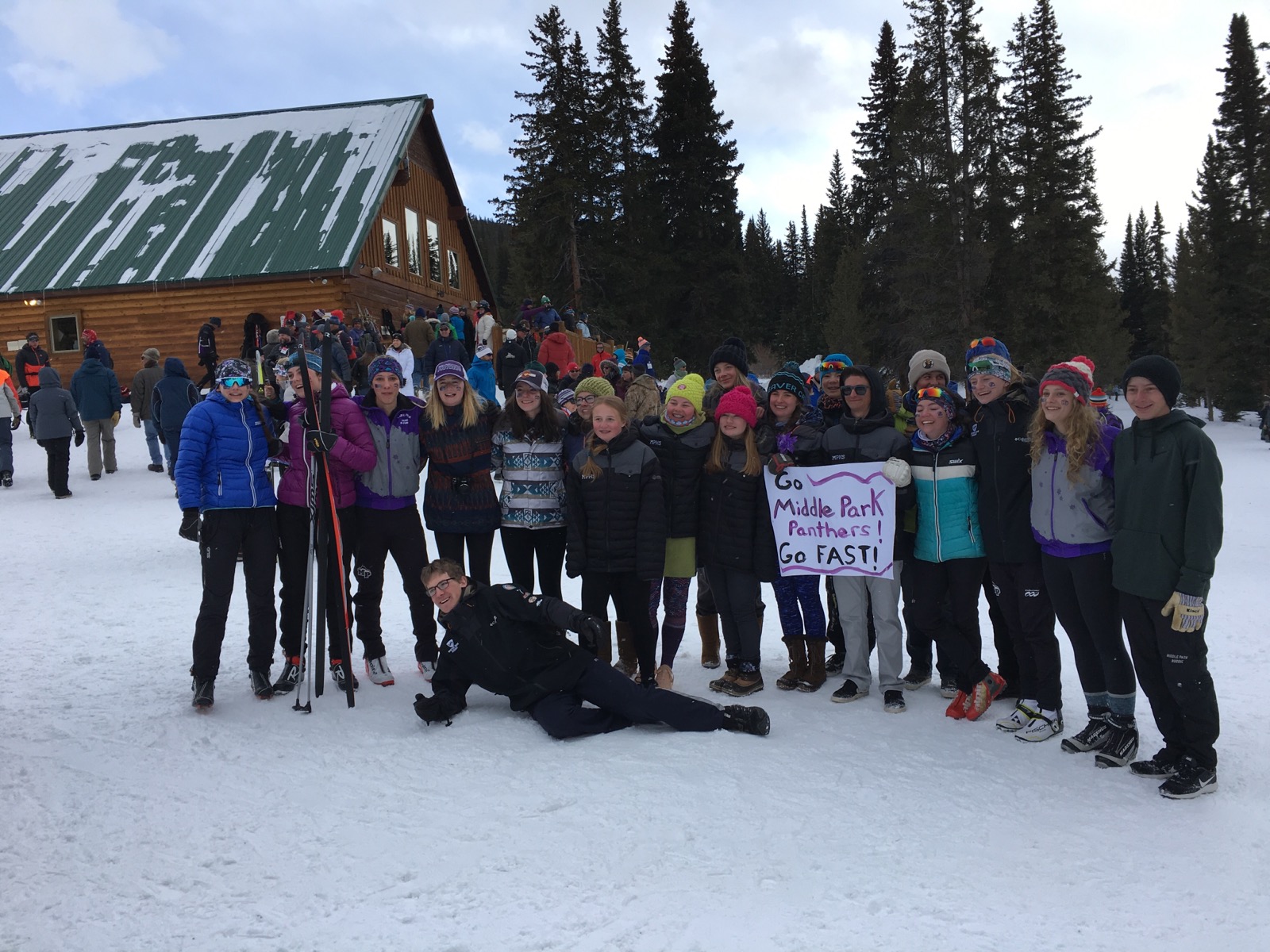 The 15 athletes who qualified for State will head to Tennessee Pass Nordic Center in Leadville on Wednesday afternoon to preview the course. They will tackle an individual start classic 5K on Thursday morning and a pursuit start skate 5K on Friday afternoon.

Leadville, CO– The MPHS Nordic and Alpine squads teamed up to take on the rest of the league in Leadville at the State Meet this week. The team bus rolled out on Wednesday after a rousing school send-off rally. On the Nordic side, 10 men and 5 women earned the right to take on an individual start classic 5k on Thursday and a pursuit start skate 5k on Friday at Tennessee Pass Nordic Center. According to Assistant Coach, Dave Cleveland, “This course was all about pain tolerance. It has to be one of the most difficult 5k races anywhere. The first half is a continuous climb with no chance for rest”. Cleveland went on to note, “Olympic and World Cup courses are restricted to an altitude of 6000 feet but our kids were already at 10,220 feet when they stepped off the bus! Average people are given supplemental oxygen if an airliner loses cabin pressure at this altitude yet our athletes are covering 5k in less than 20 minutes under these conditions. These are some really tough kids!”

On Thursday, athletes and coaches alike enjoyed getting up at a reasonable hour for the short trek from hotel to course versus their usual pre-dawn departures. Classic skis were already waxed with Toko Blue and kick wax selection was easy due to cold temperatures and quality snow conditions.

The women’s team finished in 5th overall for the classic race with senior Emily Jensen leading the way in 7th with a time of 21:07. Also scoring points for MPHS were Lizzy Barker in 17th (22:26) and Raelee Granger in 22nd (23:11). Kately Cimino had her best race to end the season, finishing 41st with a time of 25:57.

The women again finished in 5th place on Friday with senior Emily Jensen racing her last high school race, bringing home top points with an 8th place finish in 18:14. Lizzy Barker (21st in 19:26) and senior and team captain Raelee Granger (22nd in 19:31) has strong races as well to round out the top 3. Freshman Maggie Barker (39th in 21:44) gained valuable state experience to wrap it up for the women.

Head Coach Mike Lohman had only good things to say as he summed up the season, “The team peaked at the right time with many athletes 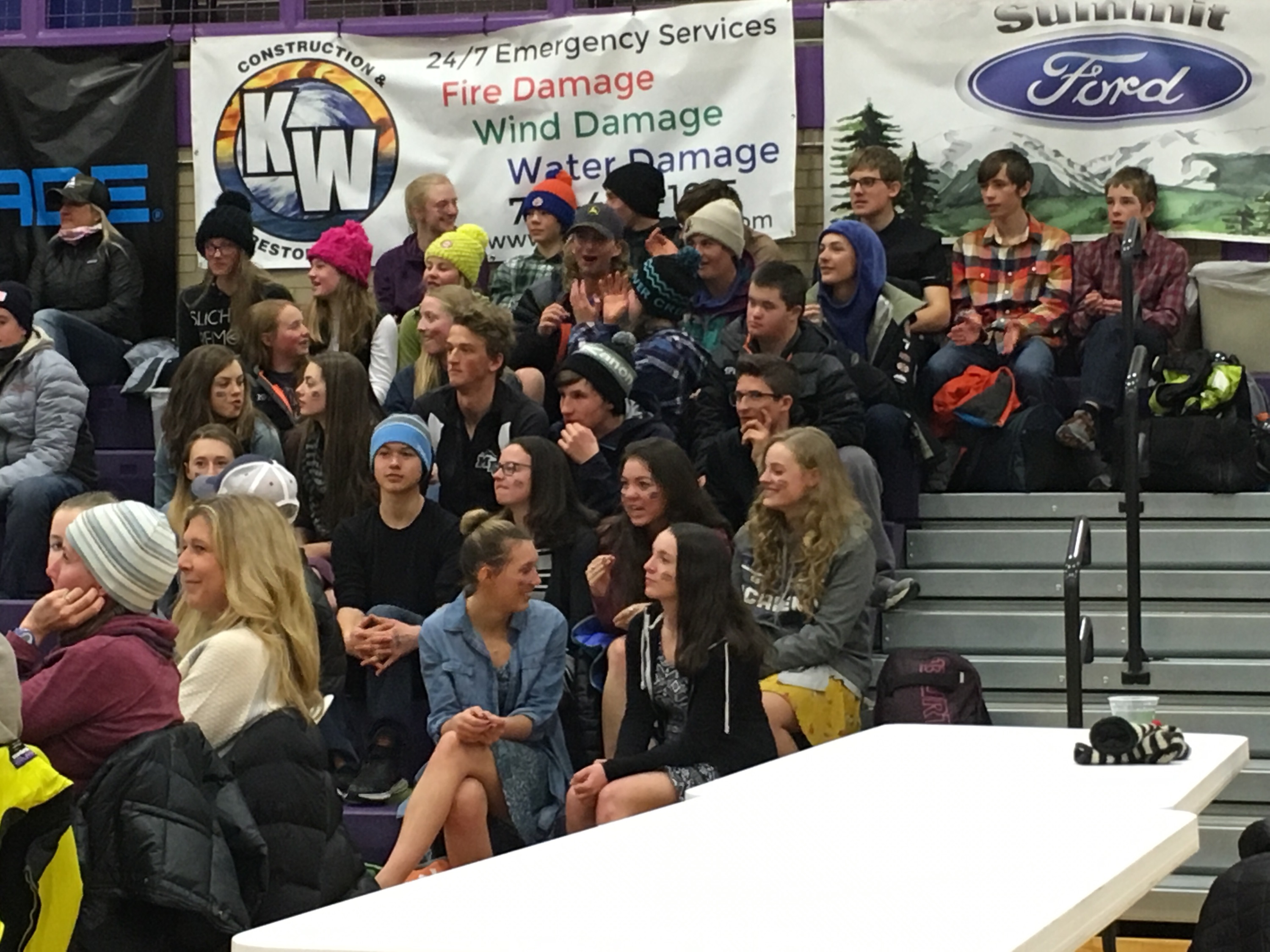 having their best performances at the state meet. The attitude and effort of this team has made coaching them a real pleasure this season. I’ve seen such a great mix of leadership from our upperclassmen and a fun-loving spirit overall even during the toughest workouts. According to Lohman, “This could not have happened without support of all the parents, Snow Mountain Ranch Nordic Director Bill Pierce, and our assistant coaches, especially Jessica Jortberg, coach for Winter Park Comp Center.”

The team will hold an end-of-season banquet on Wednesday were they will say farewell to seniors Darby Howard, Emily Jensen, Raelee Granger, Evan Olsen, and Jeremy Peterson.

About MPHS Nordic Team: The Middle Park High School Nordic team is based out of Granby, CO and trains at Snow Mountain Ranch Nordic Center. The co-ed team welcomes all levels of experience, from seasoned racers to first-timers. This year 12 women and 15 men are suiting up to represent the MPHS Panthers. Several athletes also train and race, either full- or part-time, with the Winter Park Comp Center RMN (Rocky Mountain Nordic) team.

The team has been training 5-6 days a week since early November, which was quite a challenge early on given the dry conditions this year. Coaches designed a variety of dryland sessions to prepare the team for the season to include striding and bounding with poles, bootcamp-style strength and agility training in the gym, running and fun relays in the soccer dome. They’ve been training on snow since early December. Not only are these athletes tough competitors but they face challenging conditions even at practice, to include darkness, blizzards and even the occasional moose encounter. Nothing that a headlamp and warm layers can’t overcome! Visit MPHS Nordic website here.

Nordic athletes compete in both classic and skate disciplines. The CHSSL (Colorado High School Ski League) season this year consists of 5 weekend races in January and February, culminating in the State competition held February 22-23 in Leadville, CO. To qualify for state, racers must compete in at least 2 races of that particular discipline and place in the top 45% in at least one race.