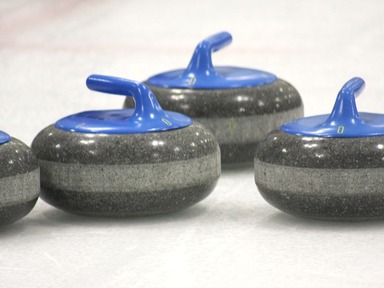 You may or may not be aware, but next week, the Fraser Curling Club playoffs begin, which means you have the opportunity to see your favorite cold weather sport unfold over three action-packed nights of competition in the Icebox (ok, maybe that’s a stretch).

You are probably saying, “are you kidding?”  Nope, I am talking local curling rivals going head to head tourney in Fraser starting Tuesday night, April 9th, at 6 pm. Then, the semi finals on Tuesday, April 16th, and the Valley Championship on the 19th. All the action starts at 6 pm. 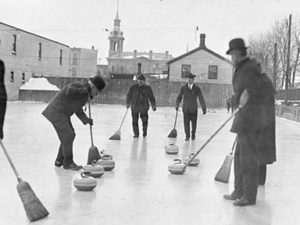 Born in Scotland’s dreary winters, the sport of curling dates back to the 16th century about the time fine Scotch whiskey was crafted, so naturally they go hand in hand, right?  Wait, that’s another story!

Considered one of the world’s oldest team sports, early curlers gathered on frozen lochs and ponds to coax 40-plus-pound granite stones across the ice and into a target with the help of what, at least back then, were actual household corn brooms.

Curling is named after the unique turning that occurs at the end of the stone’s path on the ice. The curling stone, or rock, is made of dense polished granite from Ailsa Craig, Scotland, and in the Olympics, each rock weighs 19.1 kg (44 lbs). The bottom of the stone is concave so that only the outside ring, called the running band, is in contact with the ice. This minimizes the friction and allows the stone to slide farther. Corn brooms have given way to push brooms, which have since been replaced by the nylon sweepers with swiveling heads and fiberglass handles that you see today’s curlers using to laboriously slick the path toward their circular target, or “house.”

Austin DeGarmo, Fraser Valley Metro Rec District, Parks and Athletics Manager said, “We partnered with NSCD to purchase a set of curling stones, brooms and accessories a couple of years ago but this was our first official curling season in the Icebox”.  DeGarmo said the Rec District had 6 adult teams (about 30 participants) in the inaugural curling season, which lasted 11 weeks. Each team developed some of the skills and nuances of the sport. “Most people don’t realize, it is a highly technical sport.”

Lynn Hanna, of the 4th place tournament seed, Low Hanging Stones, said,  “ It has been a blast! 95% of the participants had never had any experience curling”.   Hanna added, “Everyone has learned the ins and outs this season, and much thanks goes out to the Denver Curling Club, Tom Whitman and Bob Mogue. They spent their time and energy helping us get started and learning how do it right”.

Curling is not a cheap sport, the stones are a custom piece of granite, costing as much as $1,000 a piece. A set consists of 16 stones. DeGarmo said, “We hope to grow the league and eventually invest in additional sets of stones”.  You can find used sets for $300-$400 a stone. DeGarmo said the Icebox facility could handle four (4) “sheets”, the official term for a curling court. 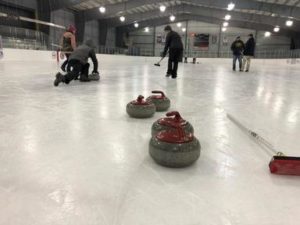 The Pyeongchang games featured a ton of curling, but did you pay attention enough to grasp the skills involved? Maybe you took the leap and finally understand the art of the game and the basics of this historic and quite challenging, and sometimes baffling, sport.

Or, if you’re like the majority of Americans you said, “is that the weird game with the broom and the rock that you slide across the ice to try to hit a target while your teammates yell at you?”.

Whatever your level of understanding might be, Hanna wanted to extend the invitation to everyone, “Come out next week and catch some of the action, maybe learn something about the sport and maybe start your own team. It’s a blast!”.

Remember, Playoffs start Tuesday, and the Fraser Valley Curling Championship is going to be held on Friday, April 19th at 6 pm. The new heaters have been installed over the bleachers creating a comfortable space for spectators and fans to catch all the icy action. 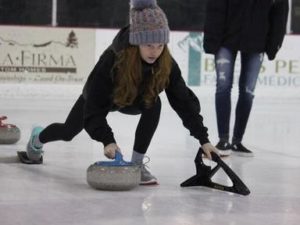 Fun at the Icebox rink comes to a close April 20th

The addition of a refrigeration system to the local ice rink last fall has helped extend the skating season and will benefit the community for years to come.

The rink is open daily, with Open Skate mid-day followed by Family Stick/Puck and Stick/Puck skate into the afternoon.