Word on the trail: XC BC report 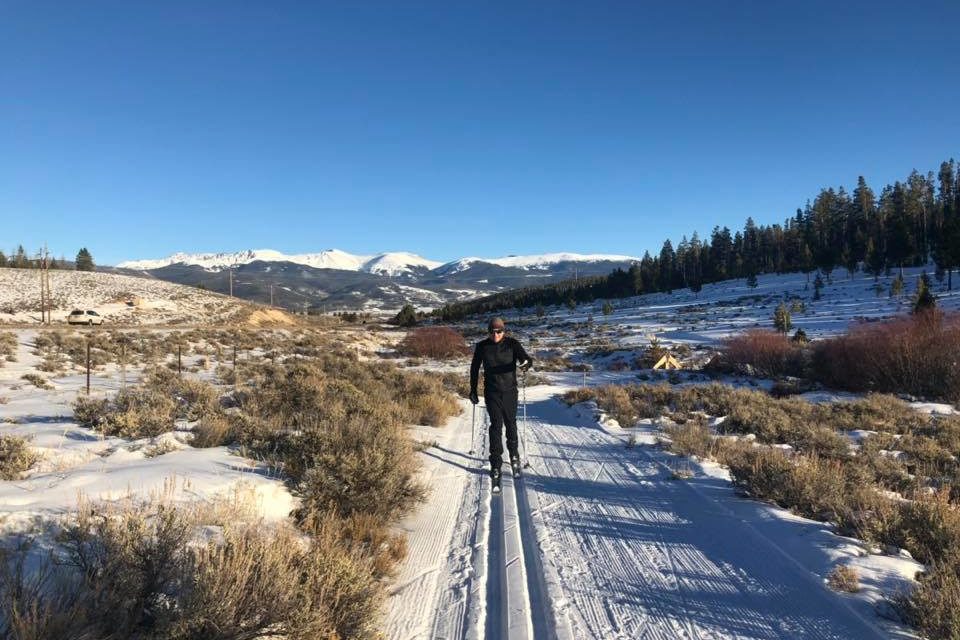 2018 blew out with fury, and 2019 came in cold and dry as an upslope left its moisture on the East side of the Great Divide, and brought us a wicked easterly blow. The winds on the last day of the year whipped the granular snow up into a ground fog of crystals, too old and heavy for the wispy funnels or swirls of fresh powder. Harsh and biting, it painted our snowscape with textures and patterns that tell the story of snow-transport and deposition. These are clues as to whether the snow is going to be a hard-slab supportive surface, a breakable crust, soft slabs or some powdery sweetness. Reading these clues lets you find the easiest path when route-finding across the open snow. The hammering winds of the end of the year came from an atypical direction, giving a sand-blasted appearance to east-facing slopes that usually see a more gentle, even loading.

The snowy surface also tells stories from old tracks that fill in with newly tumbled powder. Churned powder sets up into a high-density, cement-like filling that takes the shape of the prints in the snow, and resists being blown away. This dense snow provides an elevated platform for negotiating the loose granular, aging snowpack. Currently the snowpack is the kind of snow that collapses easily should you venture too close to a buried creek or a stand of willows. Even old moose tracks create enough increased density in the snow that they can keep your skis floating closer to the surface of the snowpack where they otherwise would sink deeply. It’s just too bad that moose meander wantonly from willow to willow, seeking out a good chomping on the fresh twigs, instead of heading steadfastly in our intended direction.

Nights have been consistently cold with a lingering chill that lasts late through the morning and creeps back with the waning sun of the winter afternoon. Though near its furthest point from the zenith, the sun has been strong enough to crust up those aspects that lie exposed in its direction.

We can continue to anticipate high traffic on popular trails through the remaining holiday week. Trails are well and widely packed near trailheads. The combination of many passers-by and no large accumulations from any single storm has allowed the trails to remain well-packed and supportive well out away from trailheads in many directions. Where trails cross forest openings that had a large fetch or above tree-line tundra, windslabs range from soft to firm.

Lunch loops that lie west of the Fraser River Trail between Safeway and the Fire Station have been groomed with intermittent tracks. Conditions are good, though a bit twiggy, and some sections on the River Trail are yet a bit rough, notably behind the Catholic church and through the Rendezvous development. A bit more snow is needed for some dry spots that often don’t get deep snow due to local conditions.

A big Thank you to those doing the grooming as well as to those who are responsible for getting the ball rolling to care for the Fraser River trail, Fraser to Granby trail, Grand Park Trails, and Leland Creek to Vasquez Creek. These trails are a great asset to our community.