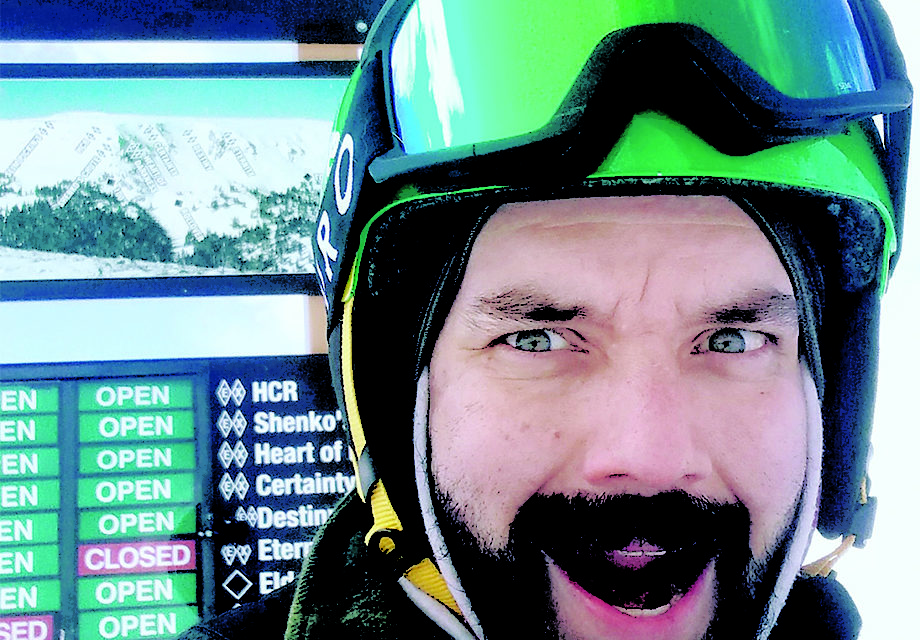 Carlos Galindo, Guest Service Agent for RMG in Winter Park, gets top honors this year for first in line for the “First Chair Honors” of the 2018-2019 season of Winter Park Resort.

Carlos braved the cold Tuesday night prior to opening day waking up to temperatures hoovering around 2 degrees. Galindo is from Phoenix, Arizona and did not grow up skiing but amassed a passion for snow sports watching the Winter X Games on television every year.

In 2012 he decided to make his dream a reality and moved to Winter Park.  Galindos said, “I’ve always wanted to live and work in a ski area. I watched all the greats on the winter X games and wished I was there but, the closest I got was Snowbowl in Flagstaff.”

Galindos said, “I taught myself how to snowboard on youtube, and some good friends I worked with at Snoasis, (Jay, Gravy and Christine) helped push me to the next level of black diamonds on Trestle. “I have taken every open run at Winter Park over the years, except for some of the Cirque and the Dark Territory, (some gnarly park stuff I don’t touch….yet.)”

Galindos moved here at 32 with the express intent of learning to snowboard.  He gets on the snow about 50 days a year and this year has set the bar a little higher at 75 days.  Galindos said, ”I have had quite the journey and at this point this is home”, adding, “I am here I stay.” 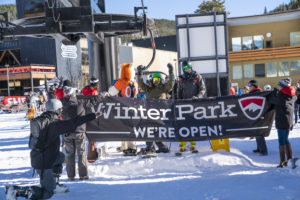 Carlos braved the overnight temps at the base of Winter Park mountain in a small one man tent, 4 layers of warm gear, and a zero degree sleeping bag Tuesday night.  “First Chair at Winter Park is a rare honor, and this year the honor is all mine!”