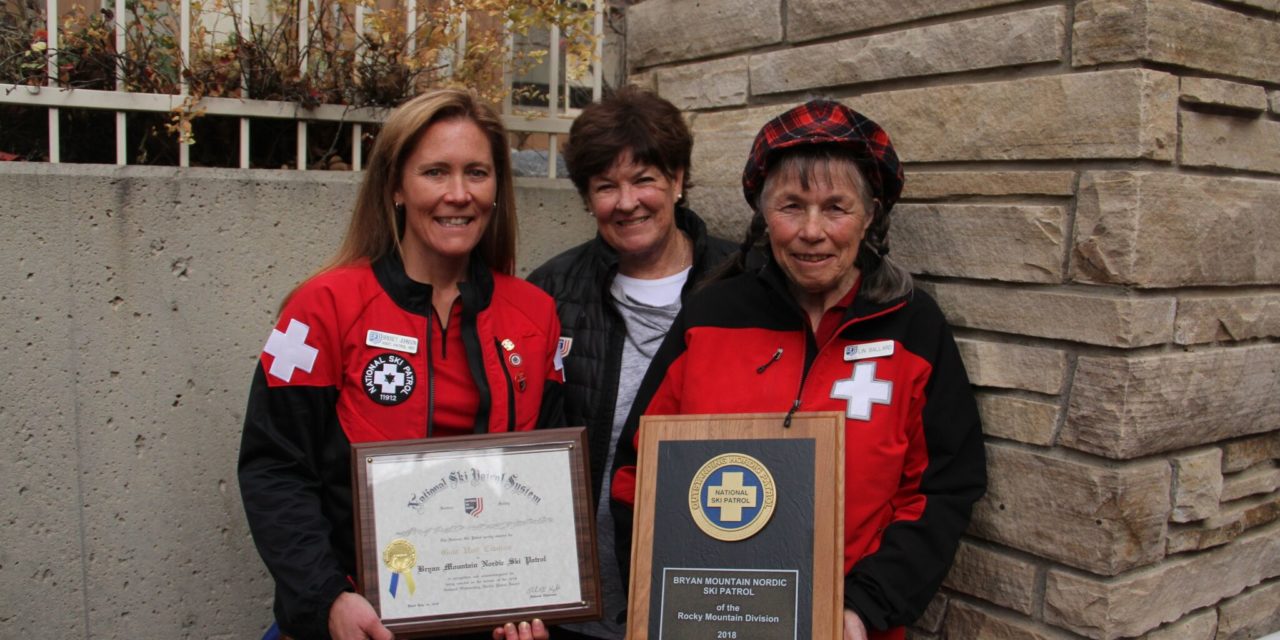 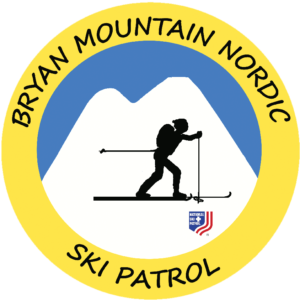 Bryan Mountain Nordic Ski Patrol (BMNSP) was founded in 1974 with 12 members as the first registered Nordic component of the National Ski Patrol (NSP) in Colorado and the Western United States. BMNSP started in the backcountry of the Indian Peaks Wilderness Area, part of that was the Jenny Creek Trail before the Eldora Ski Area Nordic trails were established. Several of the early BMNSP patrollers became patrollers for the Eldora Ski Area as it evolved.

The Bryan Mountain Nordic Ski Patrol provided patrols in Rocky Mountain National Park at Wild Basin and several years for St. Mary’s Glacier. In 1987 started patrolling at Ski Idlewild after the lifts were closed and was run as a Nordic area.  In 1990 BMNSP began to patrol at both Idlewild and Devil’s Thumb, skiing between the two areas taking a route similar to the Stagecoach Classic. Since 1994 the patrol has worked at Devil’s Thumb Ranch Resort in Tabernash covering the nearly 120 kilometers of trails. For the last 5 years they have added 10 trailheads and more than 40 trails along the Peak to Peak Highway in the Boulder Ranger District of the Roosevelt National Forest to their routes of coverage.

With the added terrain, the patrol has grown to nearly 100 members that include patrollers from ages under 18 to over 70. In line with the NSP motto of Service and Safety.  Linda Ballard one of the patrol’s early members said, “The team is like one big family. You can count on them to be there for you when anyone has a need be it from health issues to school projects, scouting, junior competitions, and much more.” adding they can always get patrollers to pitch in and help when needed. 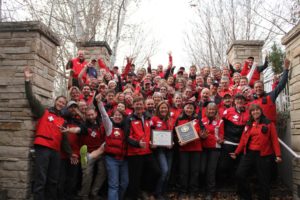 The volunteers of the BMNSP work to prevent injury and accidents before they occur as well as to help the injured, lost, or people having troubles of any kind at Devil’s Thumb Ranch or in the Front Range backcountry. Their members go out of their way to support outdoor events such as the Stagecoach Classic, Ranch 2 Ranch Trek and the Sourdough Snowshoe Race and on top of all that, are available for search and rescue missions, as needed.

BMNSP has their own inhouse instructors and are always on the lookout for new volunteers and instructors. Johnson the outgoing director said, “Being director is a challenge. When you have an all volunteer patrol and large areas to cover, it can become a fulltime job. We pass the torch every couple of years because the director burns out pretty quickly. It helps the leadership stay strong and focused.”

Patrollers are passionate and have a love for the sport and outdoors. Many of the BMNSP come from the Alpine patrols. They bring a wealth of knowledge and experience. Johnson said, “We really have a unique organization. In the beginning we were basically all nordic patrollers NORDO”S (Nordic Geeks) but the new alpine patrollers have made us very diverse and raised the bar.”

BMNSP members spend a great deal of time annually training to maintain proficiency and teaching skills. Certified NSP instructors from BMNSP teach CPR and OEC courses. Training programs open to the public include first aid (Outdoor Emergency Care), Avalanche, and Mountain Travel and Rescue courses. Anyone interested in becoming a candidate should attend a meeting or check out the “Join” pages and contact the BMNSP Candidate Advisor. 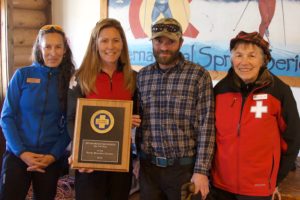 Bryan Mountain Nordic Ski Patrol has evolved over their 40 years of service. The group has expanded their volunteers, service and area of coverage. They have assisted countless numbers of people in need.  Recently, the National Ski Patrol recognizing the team for its years of dedication with a prestigious award of National Nordic Ski Patrol of the Year.

Former Director Johnson described the team saying, “Our patrol has magnetism, spunk and contagious positive energy which is why we are experiencing the tremendous growth and development.  Our Patrollers aid with both in-area and out of area terrain. We protect nearly 70 miles of skiable track and 110 miles of pure backcountry terrain where we assist the National Forest Service to keep outdoor enthusiasts safe in all outdoor activities.”

“It’s such a huge, huge honor to have won this award,” said Johnson. “ “We are officially the ‘National Nordic Ski Patrol of the Year’! It’s an amazing award and great recognition for our work and for Devil’s Thumb Ranch.”  Johnson closed with, “Our team attracts and retains members through it’s amazing energy, enthusiasm, historical talent and above all; always having serious fun while assisting those in need!”

The Bryan Mountain Nordic Ski Patrol meets the first Thursday of each month in the winter.  If you have suggestions, comments, or questions they want to hear from you.