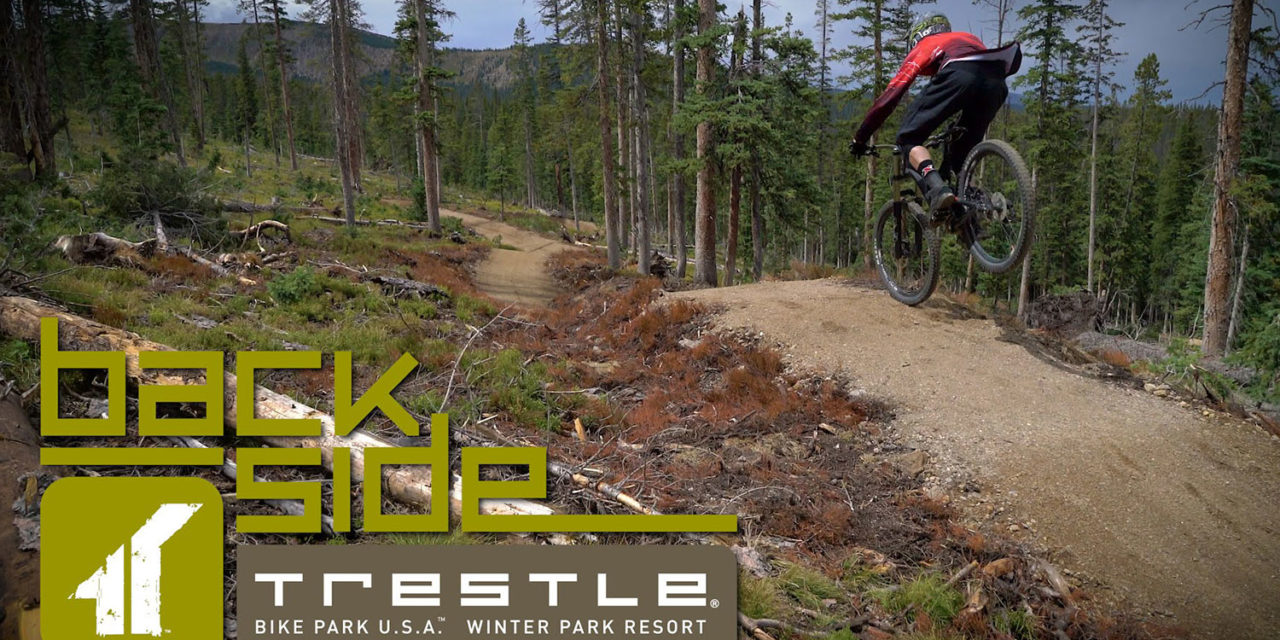 Trestle Bike Park is one of the top downhill parks in the United States, and it is getting bigger and better every year. Photo Courtesy of Winter Park Resort

For nearly a decade Trestle Bike park has been considered Colorado’s premier downhill mountain bike park and one of the best in North America and it keeps getting bigger and better. With (4) Four Bike transport Lifts and over 40 miles of gravity fed dirt, it doesn’t get much better. Steve Hurlbert, Director of Public Relations and Communications for Winter Park Resort said, “The evolution of the sport has really accelerated the last couple of years” with the continual addition of new trails, “Trestle Bike Park and Colorado Freeride Festival have an exciting future.”

Devin Kearns, Trestle Bike Park Manager said, “The trail crew has been working hard building the new backside trail systems” a network of trails sometimes referred to as Phase 2.  Kearns added, “When the next phase of the bike park is complete we will have over 50 miles of lift accessible trails.”  Kearns added, “we want to see the sport progress and we want our daily riders get better.” The bike park crew has eleven full time crew members. “It’s hard work, it’s our passion.” This spring we had winter camps going at the same time we started digging out.

“Downhill mountain biking is a rapidly growing sport and we’re elated to be able to meet the increasing demand with more world-class trails.” Hurlbert added.  The Olympia Lift is running seven days a week and it opens up a whole new experience for riders of all abilities.

Bob Holme,  Trestle General Manager said  “The backside trails will feature a variety of high-quality terrain that riders have come to expect from Trestle, offering a completely new experience.

The new area will include a jump trail much like Rainmaker, but rated a blue square instead of black diamond. Rainmaker will be extended from the top of Olympia as well. Green trails will be built from the top of Olympia to connect to Green World, allowing all levels of riders to use the new terrain.  Holme added, “Our reputation is out there. Getting Bigger and Better every year.”