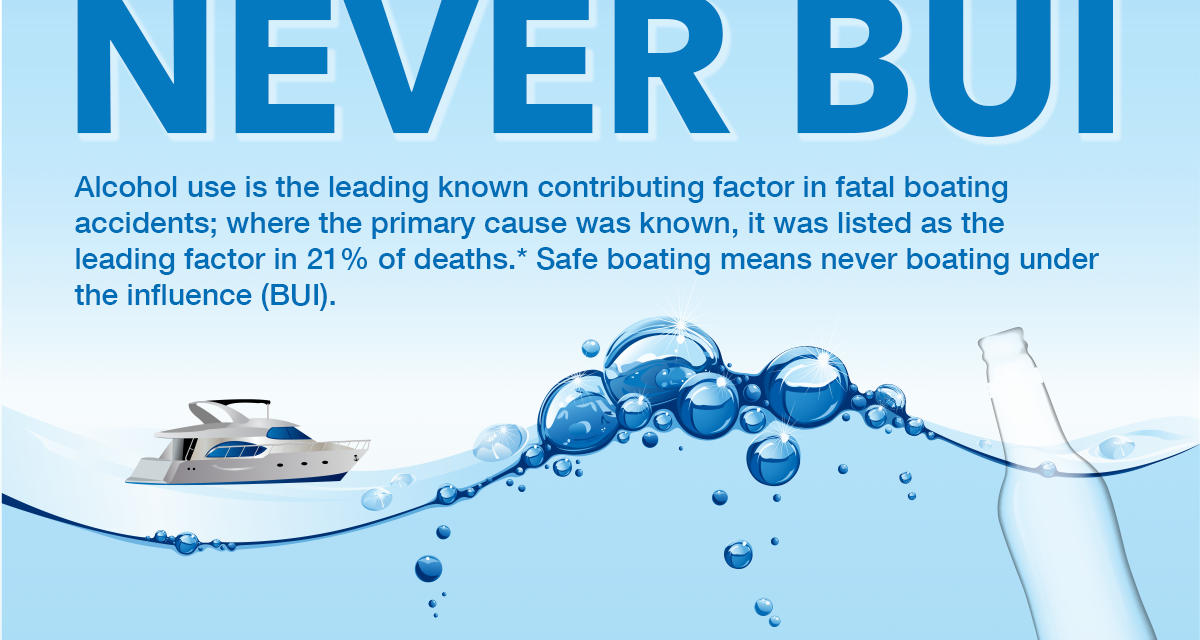 Boaters at state parks will see heightened enforcement of boating under the influence (BUI) laws as Colorado Parks and Wildlife participates in the national Operation Dry Water during the weekend of June 29-July 1.

The three-day operation is designed to educate boaters and reduce the number of accidents and deaths related to alcohol and drug use on our waterways.

It is timed to coincide with a busy July 4th weekend of holiday celebrations on the water.

“Alcohol use remains the leading contributing factor in recreational boater deaths in the United States,” says Grant Brown, Colorado’s Boating Safety Program Manager. “CPW encourages everyone to stay safe by staying sober while on the water.  We want Colorado boaters to have a fun and enjoyable time on the water, but to do so responsibly. Being reckless and boating under the influence can have consequences well beyond a citation; taking that chance just isn’t worth it.”

Operation Dry Water’s mission is to raise awareness among recreational boaters about the dangers and consequences of boating under the influence, which include:

Boaters registering a blood alcohol content (BAC) level exceeding the .08 state limit should expect to be arrested for BUI and face other serious penalties including fines, having your boat impounded, potential jail time and loss of boating privileges. Operation Dry Water patrols will include increased patrols, breathalyzer tests, and checkpoints as well as boater education and outreach. However, fellow boaters remain one of the most important tools CPW has on the water.

“If you see someone drinking and boating or being dangerous on their watercraft, please let us know,” says Brown.  “It is no different than calling 911 to report a drunk driver on the road to keep your family and community safe. Don’t let someone else’s bad decision impact the safety of everyone else on the water.”

The dangers of operating under the influence of marijuana are the same as those from alcohol, and the penalties are identical for either substance.  Additionally, many lakes, reservoirs and rivers in Colorado are considered public property, so open display or use of marijuana is illegal and may result in additional consequences.

Boaters can take the pledge  to boat sober and find more information about boating under the influence at www.operationdrywater.org.