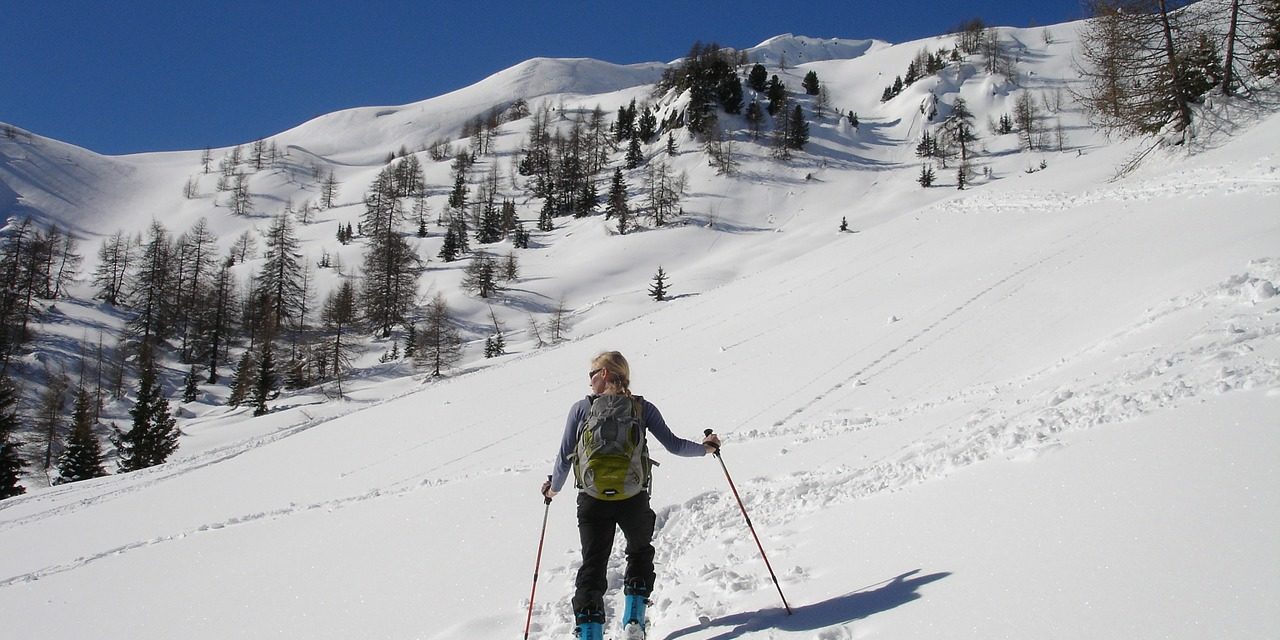 November has come and gone, and both of these events were marked with a strong taste of Winter’s power. Technically, October brought the winter chill, but it was so close to the beginning of the 11th month that it seems like a technicality. The pre-Thanksgiving snowpack was beginning to look a bit worn. We had 6-18 inches of snow tucked back up the creeks, but the waning snow depths in the valley heightened the anticipation for a whopper that was predicted to provide us with snowfalls up into the double digits. Most of what fell in this valley before Turkey day though, were skier’s hopes, as the storm once again missed us to the North and East. The Front Range was virtually shut down by this up-sloping tempest with totals of up to 30 inches of new snow, while we were left feeling like we’d been fed a healthy serving of bluff and bluster. More blow than snow, the wind blasts created a layer of wind-affected snow wherever the ground was not protected by dense vegetation.

As we recovered from the Holiday’s indulgences, another disturbance was lurking, waiting to descend upon us with howling fury, this time with a much more satisfying addition of snow. As is so often the case during such strong wind-events that transport snow more horizontally than vertically, the Fraser flats became a skating rink, prompting officials to close Highway 40 for a short period mid-day Saturday. This was the kind of day that if you dared venture out into the wind-chill, you might find a downed tree or two along the way. Should that happen, you can help get it cleared expeditiously by contacting the Headwaters Trails Alliance through their website at https://headwaterstrails.org/trail-volunteer-forms/. This form has a place to report trail sections that need attention. The HTA can then either contact the Adopt-a-Trail person, people or agency who have volunteered to care for that section of trail, or get it cleared through other means.

Storm totals from this past weekend are hard to nail down, as the snow was constantly repositioned before and after it hit the ground. In protected, treed areas, the snowpack has grown to an average of 16 to 24 inches in places, while fields and meadows exposed to the ferocity of the maelstrom may have kept only a few inches that didn’t blow away.

The off-trail snow consistency has become somewhat variable. In the deeper woods, travel is hampered by a deep unsupportive, homogenous snowpack. Open areas that do hold old snow layers have become more complex, with multiple strata of wind and/or sun-affected snow of variable densities and depths. The on-trail travel closer to trailheads is becoming much more manageable, and the early season worries about hitting rocks are buried adequately to consider putting the rock skis away. As we head into our first week of the last month of the twenty-teen decade, forecasters are projecting a slightly dryer pattern, with temperatures rising into the 30’s with daily regularity. Some chance for additions to the snowpack mid-week as well as at the week’s end are expected.

Whether you are a well-seasoned skier or would like to see what Nordic style skiing is all about, you can check it out at Devil’s Thumb Ranch Resort this Saturday, December 7, from 8:00 to 4:00 pm. Tommelfest is the name of the event that celebrates the coming of winter for Norwegian Vikings. Clinics in which you can learn the basics or hone your skillset in the art of skiing across the countryside will be offered free of charge to registered participants. Grand Nordic Skiing Club members get complimentary ski passes and rentals. Memberships will be available at registration. Hope to see you there!