Let it snow, Let it snow… January stormtrack rings up quite the total 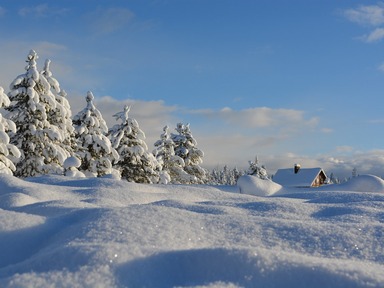 It’s no secret that Colorado offers some of the finest skiing in the US. With the highest altitude lift-served terrain in the country, the state offers plentiful snowfall and spectacular views!

It also offers some of the best conditions mother nature has to offer and there are plenty of blue-sky ski days that make even the most discriminating skiers and riders happy.

By and large, most skiers and riders agree that January and February is the best time to ski in Colorado. These months are “best bets” in terms of snowfall and most resorts open the majority of terrain mid-January to early February. Aside from the days when the kids are out of school and weekends, these are also the least-crowded months to hit the slopes.

January was a great snow month for most of Colorado. In Grand County, the snowpack rose to 114% of normal, and, with the exception of the southwestern corner of the state, which is at 89% of normal, all other water basins in the state are above 100%. We’ve had great powder days this month and we hope the trend continues. Whether Punxsutawney Phil sees his shadow or not on February 2nd, winter will more than likely continue long into spring.

The results of all of January’s snow is starting to show its benefits. According to Steve Hurlbert, Public Relations and Communications Director for Winter Park Resort, “It looks like the Cirque will be open this weekend. They’re shooting for Friday, but they don’t want to get too specific, in case wind causes conditions up there change”.

Last year, the resort opened the Cirque on February 13th, “which is definitely testament to the fantastic conditions we’ve had here”, said Hurlbert. “We’ve picked up 59” so far this month (34” of that coming in the last 10 days), which is ahead of our 10-year January average of 52’, so the skiing and riding has been excellent. More than snow, though, getting 100% of the mountain open is really the result of a herculean effort by patrol, slope maintenance, and lift personnel. It’s not as easy as just dropping ropes after it snows, and those operations staffers do a great job of getting terrain open as quickly as possible.”

What do we have to look forward to in the coming months? We don’t have a crystal ball to see how exactly the season will turn out, but there are some things that are certain as we look ahead.

Typically, February is a great time to ski in Colorado. The base depth of snow on the mountains is at its deepest, and there is plenty of powder still pouring in! By February, the mountain is fully open, so there is a ton of terrain to cover. While the days around President’s Day are some of the busiest on the slopes, the rest of the month sees lower crowds.

This is the most popular month for skiers. It’s true the crowds are high, especially mid-month with spring break, but it’s still a good time to go because of the warmer temps and sunnier days. The mountains are fully operational and you can spend days exploring the terrain! If you visit during spring break, hitting the slopes when the lifts open and moving away from the base area will yield many more runs and shorter lift lines.

As warmer and wetter conditions set in, many of Colorado’s resorts begin to close this month. The crowds lessen and discounts on lift tickets and lodging are easier to find. Hopefully, the snow gods smile on us this season and good ski conditions continue on into May.

Ultimately, how the season ends is anyone’s guess. But, if January is any indication, it looks like we are headed in the right direction.