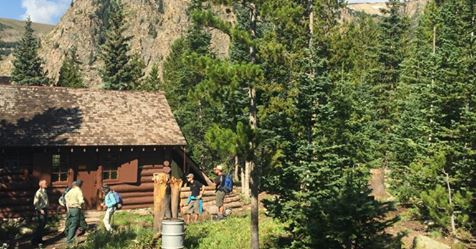 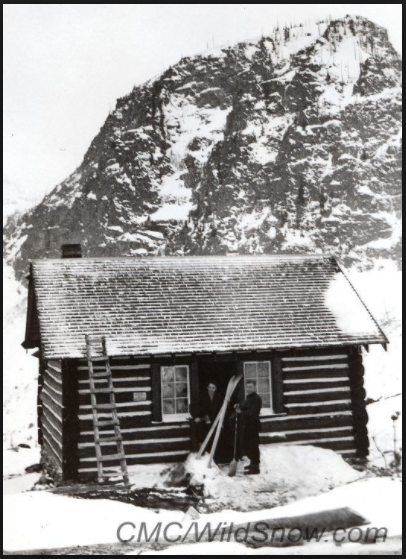 Grand Huts Association’s (GHA) goal is to create an eco-friendly Hut System in Grand County, Colorado. The master plan for the proposed hut system will eventually stem from Berthoud Pass all the way to Grand Lake. The system when complete, according to planning director Andy Miller, will consists of nine huts total and includes four existing huts – Second Creek Hut (Broome Hut), First Creek Cabin, High Lonesome Hut, and Twin Creek Hut – and five additional huts still in the planning stages. Many of you know the Second Creek Hut was structurally unfit and was rebuilt by GHA and named the Broome Hut.

These new and existing huts will eventually link together with a backcountry trail system from Berthoud Pass, just south of Winter Park, all the way to Grand Lake, near Rocky Mountain National Park.

Currently, The Grand Huts team is looking at the First Creek Cabin as a credible addition to their vision for Grand County but is facing a few obstacles to assume control of the cabins maintenance and operations.

The cabin was built by the Civilian Conservation Corps in the early 1930s on public land and currently lacks administrative management. If the cabin does not obtain management soon, it will most likely be torn down and removed, according to officials.

First Creek Cabin is about 90 yrs old, and in fairly good shape according to Miller.  “First structural need is chinking, but the structure itself is relatively sound. A new roof will be needed, likely five years or so.”  However the biggest problem is the old pit toilet system.

The current restroom facilities at the cabin are two pit-style outhouses that do not meet modern environmental standards and cannot meet the demand of the increased use of the cabin. The waste from the new restroom facility must be removed from the site via helicopter, as the cabin is not accessible by vehicle.

“We do need to invest between $15-20K to install a toilet facility which will meet USFS and Grand County sanitation regulations.” said Miller. This is a condition of taking over management, and a condition of the cabin continuing to be open to the public.  Grand Huts Association will assume management of the cabin pending the installation of a new restroom facility.

GHA hopes to receive contributions to help with this toilet project, and to help keep the cabin up.  Nightly fees charged for use of the cabin will not meet the expenses related to maintaining the structure.  GHA hopes community support will help meet this shortfall.

The Colorado State University Department of Mechanical Engineering Senior Practicum student team has been tasked to design and build a new restroom facility for the First Creek Cabin and Grand Huts Association.

The finances to cover the toilet system upgrade is compounded by a squatter that has been using the cabin for several years according to witness statements and in 2016 charges were filed against the squatter by the US Forest Service but he was not convicted.

Christian “Moe” Rison was charged in 2016 with occupying or using a residence on national forest lands. Court documents say Rison moved his belongings into the federally owned First Creek Ski Cabin and would stay there for months at a time. Skiers are permitted to stay at the cabin on Arapaho National Forest for free, but reports say Rison charged skiers $10 a night to stay with him.

Rison was also cited in 2014 for occupying the same property.

Andy Miller, Planning Director for Grand Huts said, The situation has caused some problems over the years.”  One of the main reasons GHA was formed is because the USFS has neither the funds or expertise to manage backcountry cabins.  “Without adequate management the cabin could face removal.”

The cabin was recently added to the Colorado Register of Historic Places and is the oldest US Forest Service recreational use cabin in the state of Colorado. The elevation and fragile tundra ecosystem present at the cabin’s 11,500 foot elevation make for considerable design/engineering challenges associated with the new restroom facility.

“GHA sincerely hopes the spirit of volunteerism will continue which has helped preserve this cabin for 90+ years.” Miller commented. Any donations to this project will directly support the Mechanical Engineering Senior Design Practicum and can be used for materials and construction costs of the new restroom facility. Help us ensure the historic First Creek Cabin remains open to the public for generations to come.

The Grand Huts Association is working to enhance back country cabin facilities in the forests of Grand County.  For more information visit GrandHuts.org