Creatures of the sun 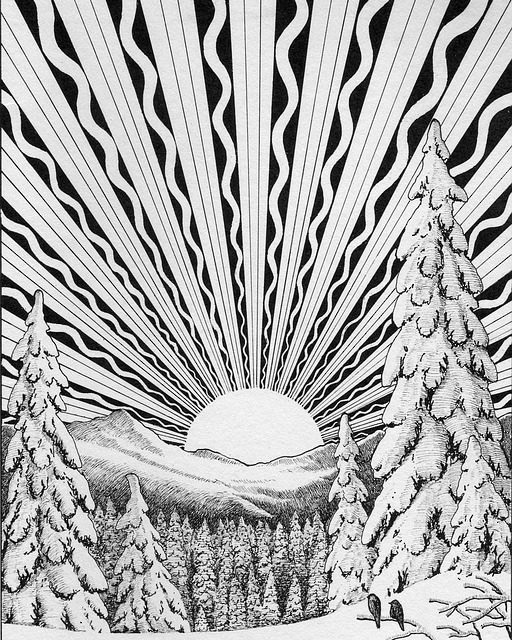 We are creatures of the sun, many finding our greatest motivation during the hours of sunlight. As days get shorter, we retreat indoors sooner, sometimes missing out on taking part in events that happen after dark. Fortunately, longer days are on the horizon.

When the winter solstice arrives on Friday, December 21st (at 3:22 pm, to be precise), we will see a little over 9 hours of daylight, which is about 5 and a half hours less than on the summer solstice in June. Luckily, once the winter solstice has passed, the days will begin to get longer, at a rate of about 2 minutes per day.

In the northern hemisphere, winter solstice can take place anytime between December 20th – 23rd, at the moment in time when the North Pole is tilted farthest away from the sun. A solstice, as found in summer and winter, is the point in which earth’s orbit around the sun is at its greatest distance from the equator. An equinox is the point in time when it is closest.

Shadows appear much longer in winter due to the northern hemisphere “leaning” away from the sun, the result of earth being tilted on its axis by about 23.5 degrees. At noon on December 21, your shadow will be its longest of the year.

The earliest sunset and latest sunrise this time of year do not correlate with the winter solstice. They are dependent upon “true solar noon”, which is the time of day the sun reaches its highest point in the sky. In early December, true solar noon arrives about ten minutes earlier than it does on the solstice and our earliest sunset has passed by the time the solstice arrives. The latest sunrise occurs in early January, shortly after the solstice has taken place.

The winter solstice is celebrated as the start of the solar year, a rebirth of the sun and celebration of light. It also marks the halfway point to summer, and as the days get longer, every extra minute of daylight gives us more time to get out and play!