Photo: Colorado’s boat inspectors have intercepted 51 mussel-infested boats this year, the same number as all of last year; and we’re only half-way through the boating season.   Photo courtesy of CPW

The number of boats infected with mussels intercepted in Colorado by inspectors in 2019 is already even with the total from last year – and we’re only halfway through the boating season.

“I am just being completely over-run by mussel infested boats,” said Robert Walters, CPW’s assistant manager for the aquatic nuisance species program. “We are already up to 51 interceptions this year. We are having interceptions just about every day at waters throughout the state. And most of the boats are coming out of Lake Powell.” 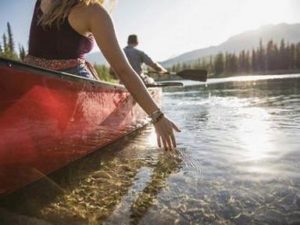 Colorado Parks and Wildlife is warning boaters that they must clean, drain, dry and disinfect their boats before traveling to any reservoir in Colorado, especially when boats are brought in from out-of-state. Boats coming in from heavily infested Lake Powell are especially problematic. While boats are supposed to be inspected as they leave the desert impoundment, inspection stations there are overwhelmed and not all boats are thoroughly inspected. Mussels have even been found on paddleboards and canoes that have been in Lake Powel.

All boats that are not previously “sealed” at Colorado reservoirs receive a thorough inspection and engine flush at inspection stations. Any boats found with mussels must be completely decontaminated, a process that can last a week or more.

Colorado’s reservoirs are mussel free and the state and cooperating agencies operate a robust inspection program. But if an infestation occurs, it could be devastating for reservoirs and water-based recreation.

The number of boats infected with mussels is increasing. In 2018, 51 boats with adult mussels were found at inspection stations, far more than the previous record of 26 boats in one year. Since the ANS program started in Colorado in 2008, CPW staff and other entities have completed nearly 4.5 million boat inspections, more than 90,000 boats have been subject to decontamination procedures and more than 200 vessels with confirmed mussel infestations have been intercepted and decontaminated.

Mussels have caused billions of dollars in damage, especially in the upper Midwest and Lower Colorado River. Nearby states where mussel infestations exist include Utah, Arizona, Kansas, Nebraska, Texas and Oklahoma.

Kirstin Copeland, manager at Ridgway State Park, explained that the companies and organizations that own and manage most of Colorado’s reservoirs could shut down all water-based recreation.

“They are concerned about potential damage to their infrastructure,” Copeland said. “They could say no to all boating.”

All boat owners who have been to Lake Powell should take extra care to inspect every inch of their craft and trailer – including lines, anchors, seat cushions, live wells and paddle craft. Owners can also call CPW if they have questions about the aquatic nuisance program and inspections.