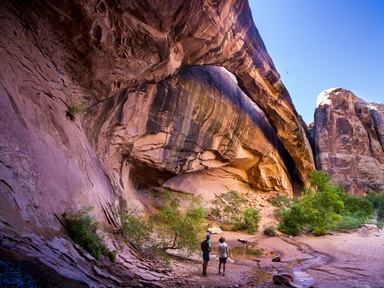 On Monday, Senator Cory Gardner (R-CO) released a statement announcing that the Bureau of Land Management (BLM) will relocate its headquarters to Grand Junction.

“Today is a historic day for our nation’s public lands, western states, and the people of Colorado,” said Senator Gardner. “Relocating the Bureau of Land Management to the Western Slope of Colorado will bring the bureau’s decision makers closer to the people they serve and the public lands they manage. The problem with Washington is too many policy makers are far removed from the people they are there to serve. Ninety-nine percent of the land the BLM manages is west of the Mississippi River, and so should be the BLM headquarters. This is a victory for local communities, advocates for public lands, and proponents for a more responsible and accountable federal government.”

Gardner has been advocating for the move since 2016.

According to a letter sent by the Department of the Interior to Alaska Senator Lisa Murkowski, chair of the Interior and Environment Subcommittee, a total of 550 positions within the BLM were evaluated. The implementation plan states that the Deputy Director of Policy and Programs, along with 60 staff, would remain in Washington DC. 222 positions would relocate to western BLM state offices (AZ, CA, ID, MT, ND, SD, NV, NM, OR, WA, UT and WY). 27 positions, including the BLM Director, Deputy Director of Operations, Assistant Directors and their staff will move to Grand Junction. 58 additional employees will be divided between the Colorado state office and the National Operations Center in Lakewood. 74 will be reallocated to state offices, reporting to state directors.

“Shifting critical leadership positions and supporting staff to western states, where an overwhelming majority of federal lands are located, is not only a better management system, it is beneficial to the interest of the American public in these communities, cities, counties, and states,” said Secretary of the Interior David Bernhardt in a statement.

In response to the proposal, Center for Western Priorities Executive Director, Jennifer Rokala, said, “This isn’t an effort to move the Bureau of Land Management headquarters, it’s an attempt to dismantle it altogether. While only a couple dozen people will be sent to Grand Junction, nearly three hundred others will be scattered in offices throughout the West.”

Rokala added, “Secretary Bernhardt is asking families to uproot their lives in a matter of months or possibly lose their jobs, all for a PR stunt. It’s yet another cynical attempt to drain the Interior Department of expertise and career leadership. Our public lands deserve an agency that is effectively coordinating with the Interior Department more broadly, and with Congress. When it comes to managing our public lands, it looks like Secretary Bernhardt wants to make sure the BLM’s left hand can’t talk to the right.”

While the Department of the Interior has the authority to relocate, the plan may still be subject to congressional review and approval by the committee. At the time of press, the BLM had not yet released an official statement on the plan. We will continue to monitor developments.