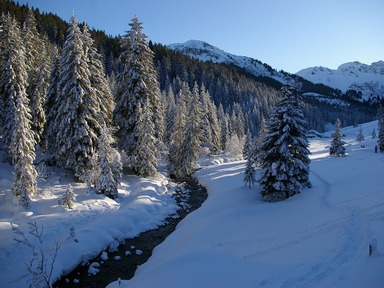 Trying times test the mettle of our character. For those of us living in a mountain town, where we don’t have the distractions and entertainment available to those living in larger metropolitan environs, getting outdoors to rejuvenate ourselves is a key cornerstone to maintaining mental health. Living with the threat of a worldwide virus lurking in the shadows of indoor places is a strong incentive to head for wide open spaces. As we witnessed this past summer, that is something that people all over came to understand. Seemingly record numbers of people, hoping to escape the population density of their urban abodes flocked to the mountains where people were fewer and farther between. Bicycles for purchase became an unanticipated scarcity as people sought outdoor recreation or transportation alternatives that posed less of a risk of illness.

While it is hard to imagine that cross-country skiing will experience as pronounced of a trend, the uncertainty of crowding onto slopes and in lift lines with thousands of others, or the possibility of resort closure due to pandemic surges will undoubtedly give people reason to consider alternate winter recreation options. It is reasonable to expect to see larger numbers of winter outdoor enthusiasts, both seasoned and neophyte, gathered around popular trailheads at popular times. To avoid overcrowding, it is best to plan to go to less frequented places or at less common times.

Winter is finally here, and trails tucked back in the forest are becoming well enough covered for some lengthy forays. High winds have scoured open fields and meadows of the valley floors, but with each passing storm that has had an opportunity to settle, the snowpack is slowly building. Sections of trail that are sheltered well by evergreen forest or ridges to the south have maintained good depths, but less protected trails still call for a pair of ‘rock’ skis, vintage boards that have been replaced by newer shinier models, and whose performance will not be terribly altered by a few new dings, dents and scratches. When venturing out after 1-2” of new-fallen snow, we still need to be alert for barely covered rocks that will stop your ski in its tracks, and add a new texture and friction to your gliding surface. A little time on the shop bench with a sharp steel scraper and a p-tex candle can restore your skis’ glide to its former condition. Practicing base maintenance on your rock skis pays off should you get a blemish on your favorite newer pair of sliders. If you don’t have an old pair of skis to sacrifice to the trail gods, you can safely spin loops at the Fraser Ball Fields and to a less certain extent to the adjoining Fraser to Granby trail. A big thanks to the Fraser Valley Metropolitan Recreation District, Headwaters Trails Alliance, USFS, BLM and others who continue to work to keep our recreational opportunities, our tickets to mental health, open and available for the good of the community.