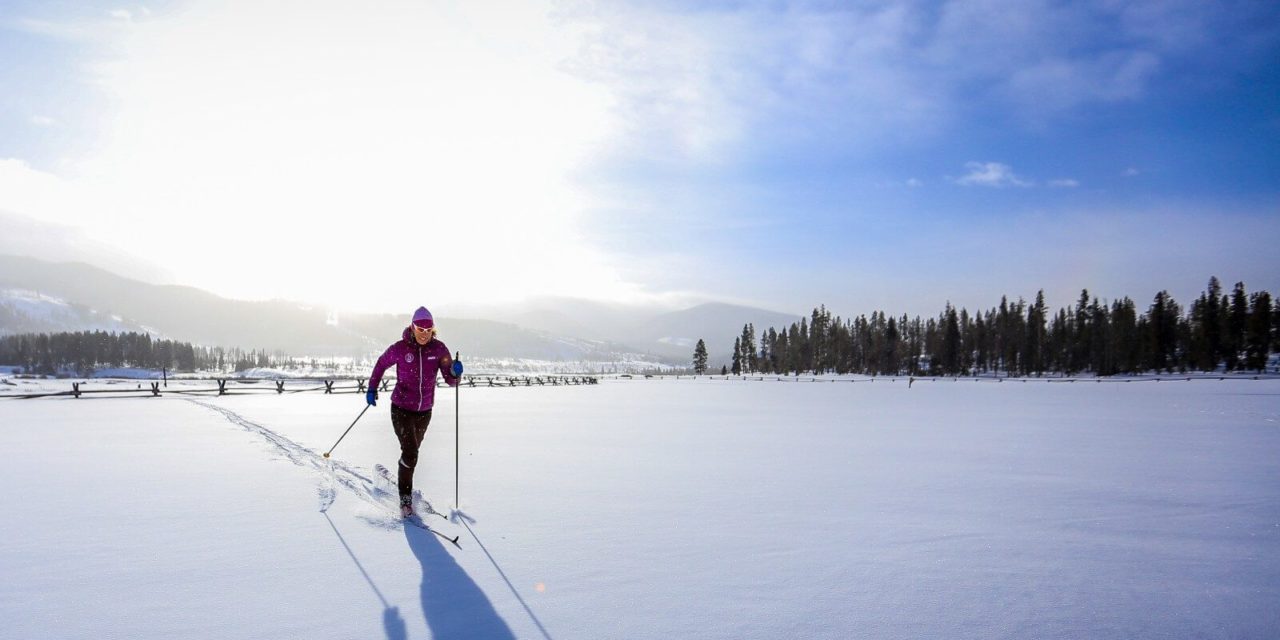 Daylight savings is upon us, and the freeze-thaw cycle that had begun to develop last week, causing trails to go from slush to ice, and putting a thin crust on the snow surface, is now buried under 2 feet of heavy wet blanket. The furthest points of packed trails are driven back towards their source, requiring some of the most arduous trail-breaking imaginable to reach out very far from the trailhead. The old trail bed location is immaterial, as whether you are on it or not, you have to deal with the depth of the new-fallen layer.

As of Wednesday, with temperatures in the 40’s, the snow is a hot wet mess. Clumpy like mashed potatoes, it clings stubbornly to the bottom of skis or skins that are not adequately prepared with lubricant, wax or other gob-stopper. When squeezed, it compresses readily like cotton candy, going from airy wet fluff to dense, sopping snowball you can almost see dripping. Gliding is reduced as if on sticky rice, with moisture creating the sensation of suction, holding your skis from sliding forward. Any extended tours with hopes of traveling beyond any recent adventurers’ tracks will require the widest of skis until things cool down, allowing one to stay up on the surface rather than plough the depths. Skinny skis are no match for this amount of relatively fresh snow.

There are no complaints about the coverage, as the trail-bed has risen to the bottom of many signs. Branches that previously did not present a problem are now head high, and others along the side are being pushed into the vacant space of the trail’s path by the weight of the snow. Tree wells have grown quite large, and in some cases are yellowed by the dripping of tannin-laden water from thick tree branches above. The tree-wells add undulations and curves to previously straighter, more level pathways, but sometimes seem to be reaching out to lure you into their hold.

With the Daylight savings shift in time, we will have more after-work time to get out and enjoy a quick evening spin on some trails before sunset. We can expect the freeze thaw cycles to resume to some extent, and begin to set us up for a great crust-skiing season before the sage brush creeps up the valley, more than just on south-facing slopes. It is still early and difficult to predict, but at least we have snow on the ground in many open meadows that should be around for a while.

Shouts out to the Middle Park men’s and women’s nordic ski teams for their stellar performances during the trying conditions of racing in a snowstorm. Mike Lohman and Dave Cleveland did a great job of bringing these teams along. Also to Randy and Lisa of Latigo  Ranch who put on a great show as hosts of the Latigo Loppet last weekend. Thanks as well to Shawn School and Mark Birdseye for organizing the event. The snowstorm lowered attendance rates, but those who made it had a great time.