Avalanche! Danger in the high country 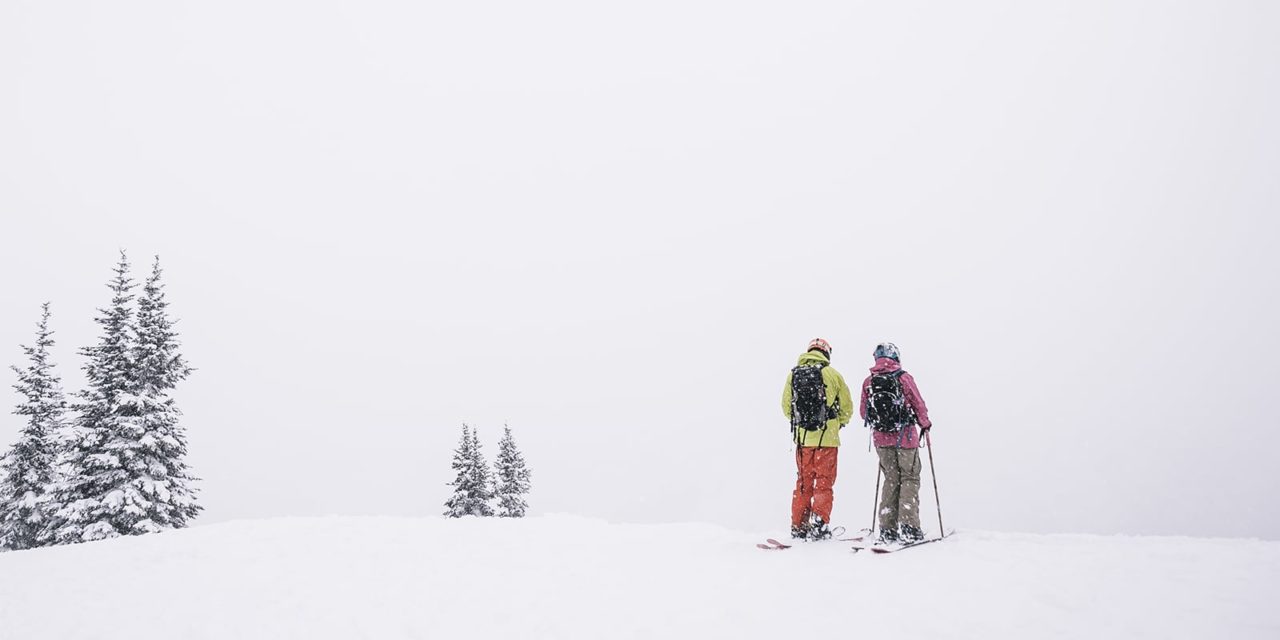 This article is special to the Winter Park Times with Backcountry expert, Jamie Wolter

More than 100 inches of early season snow fell on the Central Rockies in the last month making backcountry travel dangerous. The Colorado Avalanche Center (CAIC) rates the current conditions as moderate to considerable in most areas around the state after a series of snow storms last week that produced very high winds across the Continental Divide. 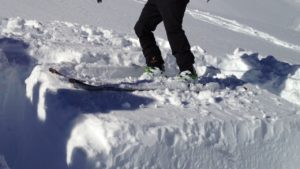 The allure of an epic adventure is driving more and more enthusiasts off the slopes and into the backcountry and many are unprepared for the hazardous conditions they may face.

Avalanches kill more than 150 people worldwide each year. Most are snowmobilers, skiers, and snowboarders.  While avalanches are sudden, the warning signs are almost always numerous before they let loose. Yet in 90 percent of avalanche incidents, the snow slides are triggered by the victim or someone in the victim’s party.

Jamie Wolter, Backcountry Guide and Avalanche Training Instructor says, “It is rare that someone is caught in a naturally occurring avalanche. Incidents are most often triggered by the victim themselves or someone else in their group.“

I have rescued and/or recovered 13 avalanche victims in the course of my career. I can only recall one incident that may have been a naturally triggered avalanche. In that incident, 2 victims were caught, killed and buried at the bottom of the Second Creek headwall on Berthoud Pass.

I was working as a Patroller at the now defunct Timberline Ski Area (Berthoud Pass). I had driven back and forth to work from Winter Park for several days and noticed a vehicle covered in snow at the Second Creek Trailhead for a couple of days and thought it odd.

At that time the old Second Creek Cabin was very small and not someplace people usually stayed for more than 1 or 2 nights. I was on duty when a friend and summer workmate (an Instructor and Course Director with the Colorado Outward Bound School) arrived at the Pass and asked me to call the Sheriff’s office because he had found a body in some recent avalanche debris.

We notified the Sheriff’s office and headed to Second Creek, waited for Grand County Search and Rescue to arrive.  We helped perform the recovery and upon arrival we found the victim’s ski, boot and leg sticking out of the snow. We dug out the victim who was buried head down, his airway was almost 6 feet deep. He was wearing a large backpack.

It had grown pretty dark by that time and we extricated the victim using a Cascade Toboggan (ski patrol toboggan) down to the trailhead. Based on the families statement we discovered that there was likely another victim and we returned the next day to extricate another victim whom was buried in very close proximity to the first victim and also had on a very large backpack suggesting that the pair was headed back to their car from an overnight stay. We discovered that both victims had avalanche transceivers (beacons) in the top of their pack, neither one was turned on. My belief is that the couple was headed down and thought that they were out of harm’s way.

Here are some important tips to remember:

*Always turn your transceiver on at the trailhead and leave it on until you are safe back at the car
*Keep a significant distance between you and your partner so that if someone is caught not both are caught and hopefully your partner can perform a rescue
*Ski one at a time in hazardous areas and watch your partner or partners until they are safe
*Stay well out of avalanche runout zones and never assume that you are out of harm’s way because you are on your way back to the car.
*Always tell someone where you are going and when you plan to return so that if you do not check in someone will come looking for you.

A couple of these tips may have saved the couple….Do you know which ones they are? 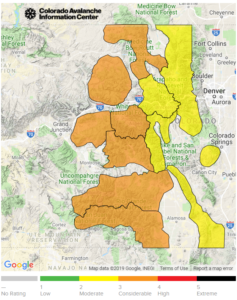 Avalanches are most common during and in the 24 hours right after a storm that dumps 12 inches (30 centimeters) or more of fresh snow. The quick pileup overloads the underlying snowpack, which causes a weak layer beneath the slab to fracture. The layers are an archive of winter weather: Big dumps, drought, warm weather, a hard freeze, and more snow. How the layers bond often determines how easily one will weaken and cause a slide.

Storminess, temperature, wind, slope steepness and orientation (the direction it faces), terrain, vegetation, and general snowpack conditions are all factors that influence whether and how a slope may slide. Different combinations of these factors create low, moderate, considerable, and high avalanche hazards.

Many avalanches are small slides of dry powdery snow that move as a formless mass. These “sluffs” account for a tiny fraction of the death and destruction compared to their bigger, more organized cousins.

Disastrous avalanches occur when massive slabs of snow break loose from a mountainside and shatter like broken glass as they race downhill. These moving masses can reach speeds of 80 miles (130 kilometers) per hour within about five seconds. Victims caught in these events seldom escape.

Colorado’s first avalanche death of 2019 came during an advanced avalanche-safety course on Red Mountain Pass last week.  The San Juan Mountain avalanche occurred in Senator Beck Basin, northwest of Red Mountain Pass near Silverton. The slide swept six students of an advanced avalanche-safety class down the bowl, killing Peter Marshall who was buried under 8 feet of snow.  Marshall, a 40-year-old from Longmont, was on a three-day avalanche class when he was buried.

According to Wolter, the school involved in this incident is “top notch, one of the best avalanche education outfits in the country.”

Avalanche hazard and risk assessment is not an exact science. “Even a seasoned pro can get caught off guard.”  Wolter added, “We are all human and humans make mistakes. I have made more mistakes in my career than I am even aware of. Sometimes we just get lucky and get away with skiing or riding an area or line. We don’t even know how close we came to making a fatal error.”

The following checklist can help you organize the rescue effort:

If members of a group become caught in an avalanche, their survival depends on you rescuing them as quickly as possible. Time is of the essence. 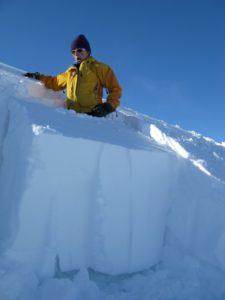 Determine who is missing from your group. This will ensure that you do not leave anybody unaccounted for and you have every able person actively searching.

If possible, call 911 to initiate a search and rescue mission while the rest of the group prepares to start searching.

Assess whether additional avalanches could occur. These could come from different parts of a bowl or release zones. Do not move out into the avalanche path if another seems likely. Go only when safe. Reassess conditions continually.

Turn all avalanche transceivers to “receive” mode. Critical time can be wasted if a searcher’s transceiver is leading everyone else away from the victim’s transceiver.

Determine where the avalanche victim or their gear was last seen. If the victim was able to keep an arm or leg above the surface, immediately start digging to clear their airway. If there are only surface clues, such as clothing or gear, search those areas first with your transceivers. Leave the clues in place and move on if unsuccessful.

Focus your transceiver search on likely areas such as below the place where the missing person was last seen. Areas around rocks and trees should also be searched as potential catchment zones.

If the transceiver search indicates a potential “hit,” pinpoint the signal and then use the avalanche probe to confirm the victim’s location. Leave the probe in place. Dig aggressively down the slope from the probe; keep the hole wide so that when the victim is exposed, it will be easier to get to the airway and perform an evacuation.

Extricate the victim from the snow to a safe area and provide insulation to prevent or treat hypothermia. Neck, head and spine injuries should be suspected so move the victim with extreme care.

Turn all transceivers back to “transmit” mode and prepare to wait for the arrival of search and rescue resources.