A celestial event to welcome spring 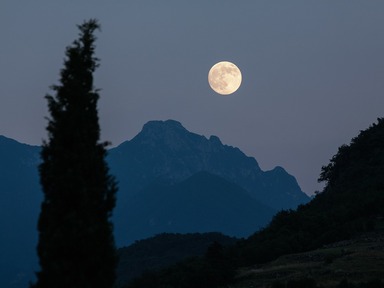 Stargazers are in for a treat when, on March 20th, a supermoon graces the skies on the same day the spring equinox falls. Astronomers predict the moon will appear about 14 percent brighter than normal. The event will be the third and last supermoon of 2019.

In the Northern Hemisphere, the full moon in March is traditionally referred to as the “worm moon”, a possible reference to the fact that this time of year is usually accompanied by warmer temperatures, which often bring on the appearance of earthworms in warmer climes.

The best time to view the phenomenon will be around 7:43 pm on March 20th, when the moon reaches its fullest phase. This year, the moon will be at its fullest just four hours after the arrival of the March equinox, which is set to take place at 3:58 pm on the 20th.

According to the Old Farmer’s Almanac, the last time a full moon and spring equinox coincided this closely in time was in 2000. But you’d have to go back to March 20, 1981 to find the last time that the two events occurred on the same date.