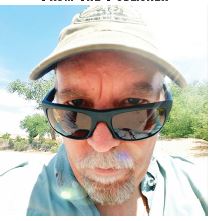 “We march for the right for every student, every parent, every Coloradan, and every American, to be safe from gun violence in our communities.”

“We march to demand that politicians put the safety of our families before the profits of the gun manufacturing lobby.”

“We march because we know that diverting money from classrooms to buy guns for teachers is not the answer.”

“We march because it’s far past time for us to get weapons of war off our streets, pass universal background checks, and get guns out of the hands of domestic abusers.”

“We march because it’s time for action, not just “thoughts and prayers.”

At the March For Our Lives Rally in Denver the message rang out loud and clear.  “Enough!”

In Washington D.C. they predicted the rally, which organizers claimed had drawn more than 800,000 people, would be a defining moment in the national debate over gun control legislation. It is reported that the D.C. event matched last year’s Women’s March, making it one of the largest Washington protests since the Vietnam era.

Dr. Martin Luther King Jr.’s 9-year-old granddaughter Yolanda Renee King told the crowd in Washington, “My grandfather had a dream… I have a dream that enough is enough”.

In many ways, the call for gun legislature mirrors the Vietnam War protests of 60’s and 70’s. The anti-war movement of that period was important, because it represented a demographic shift in the participation in politics by the youth of America.  The war movement was the first time that the 18-25 year old demographic rallied to political action.

Today, media outlets and newsrooms are buzzing with a new movement. A rally cry from kids being hunted in their classrooms by individuals armed with weapons of war on a mission to murder the innocent.

The youth of today are banging the drum once again as they form a collective.  Combine the voice of today’s movement with 21st Century media coverage and you can bet the message is echoing through the halls of our governing bodies.