Superintendents Corner: Greatest gift an educator can get 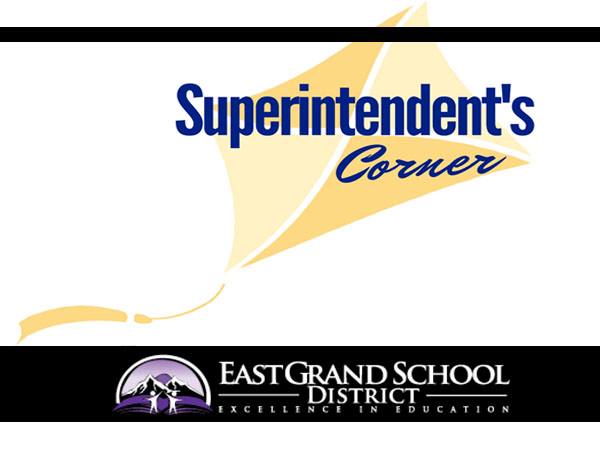 This weekend as I perused through social media I noticed that I had a friend request.  Getting a friend request is not rare, but most of the time I know who I am getting the friend request from.  This request was from a young adult in Cheyenne Wyoming and I wondered if it was an accidental request from a friend of my niece who also lives in Cheyenne.  When I clicked on this person’s Facebook page I noticed that she had two young children but I did not recognize her name.  As I did more research and looked through her photos I began to recognize her.  This young lady was an ex-student on mine from when I was a principal in Wray, Colorado.  Her name had changed through marriage, which is why I had not recognized her at first.

This young woman came from a broken and very dysfunctional family.  While she was a fairly good student, she made choices outside of school that would often get her in trouble.  While I knew her, we did not talk or meet often.  That changed when she became wrapped up in a legal situation with a few other students.  During this time we often met and talked about school and life, and how she can better handle situations.  As a result of the legal proceedings she was placed in a juvenile home in Denver.  I visited her at the home a few times to check in and make sure she was doing better, but I never felt like I was doing anything special.  I changed jobs at the end of the year and when I went to check on her I found that she had left the facility.  They couldn’t tell me more but I did hear that she was living with family.  She and I had never spoken again.

Now, eight years later, I have a friend request.  Once I know who it is I accepted her request.  About an hour later I noticed that I had a message so I opened up the phone and here is what it said:  “I just wanted to thank you for being so kind to me when I was going through a hard time.  I didn’t have many people that believed in me, but you were one of the few that did.  It means a lot.  I hope you and your family are doing well.  Merry Christmas!”  This is absolutely the greatest gift that I can receive as an educator.  To hear from a student and find out they are doing well and that I had a positive impact in some way makes what we do as educators worthwhile.  During this holiday season, if there is an educator who you want to say thank you to, please take the time to contact them and do so.  Our teachers, principals and staff at East Grand are having a great impact on students everyday and I want to thank them for all they do as well as thank our district and community for making our schools great places for students.