Muftic makes a move to the Winter Park Times

She has spent her life building a resume that includes a “Who’s Who” list of dignitaries. She has been in and out of government roles, sat with kings and queens and been part of global humanitarian relief projects on the other side of the planet. 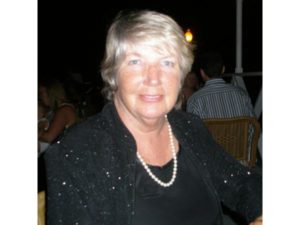 Felicia Muftic has been a columnist with the Sky-Hi News since the summer of 2007 and recently parted ways with the Colorado Mountain News Media organization. We would like to welcome her to our grassroots effort and look forward to a new chapter in her celebrated career.

Muftic’s style is based on current events from a pragmatic, fact-based, reasoned perspective. Felicia has nearly 50 years of involvement in politics, finance, and consumer affairs as either a fly on the wall in international, national, state and local levels or a participant. Parallel to all of this is intense involvement for over 50 years in the political process, serving in both cabinet and staff in the administration of Denver Mayor Federico Pena. Partially educated in Europe and a graduate of Northwestern University, her interests are not confined to US domestic problems, but she also has a world view and experiences which are often reflected in her columns.

Ms. Muftic has spent the last 12 years sharing her liberal views with the community and sticking her neck out from time to time in the circle of philosophical positioning. She is not scared to reach across the isle and incite debate on controversial political perspectives. Muftic said, “If you have an idea that makes sense, I want to hear your reasoning and would like to see the facts that support your view.”

In my opinion, a columnist that takes on the serious issues should be applauded, whether you agree with their point of view or not. A good columnist has to have grit and guts to put it on line in today’s judgmental society. It is much easier to sit back, relax and play armchair quarterback. I say, “Get in the game, people”, that is what American democracy is all about. Never be afraid to express your views.

I would like to extend a warm welcome to the Winter Park Times, newest columnist, Felicia Muftic.

All in or out?

The Power to Persevere