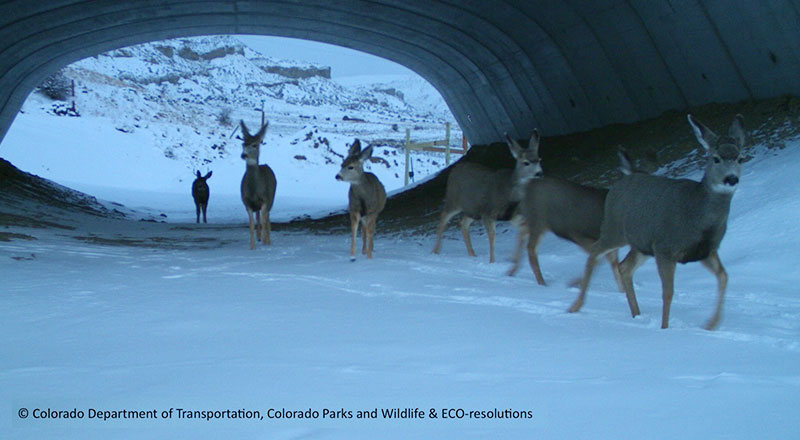 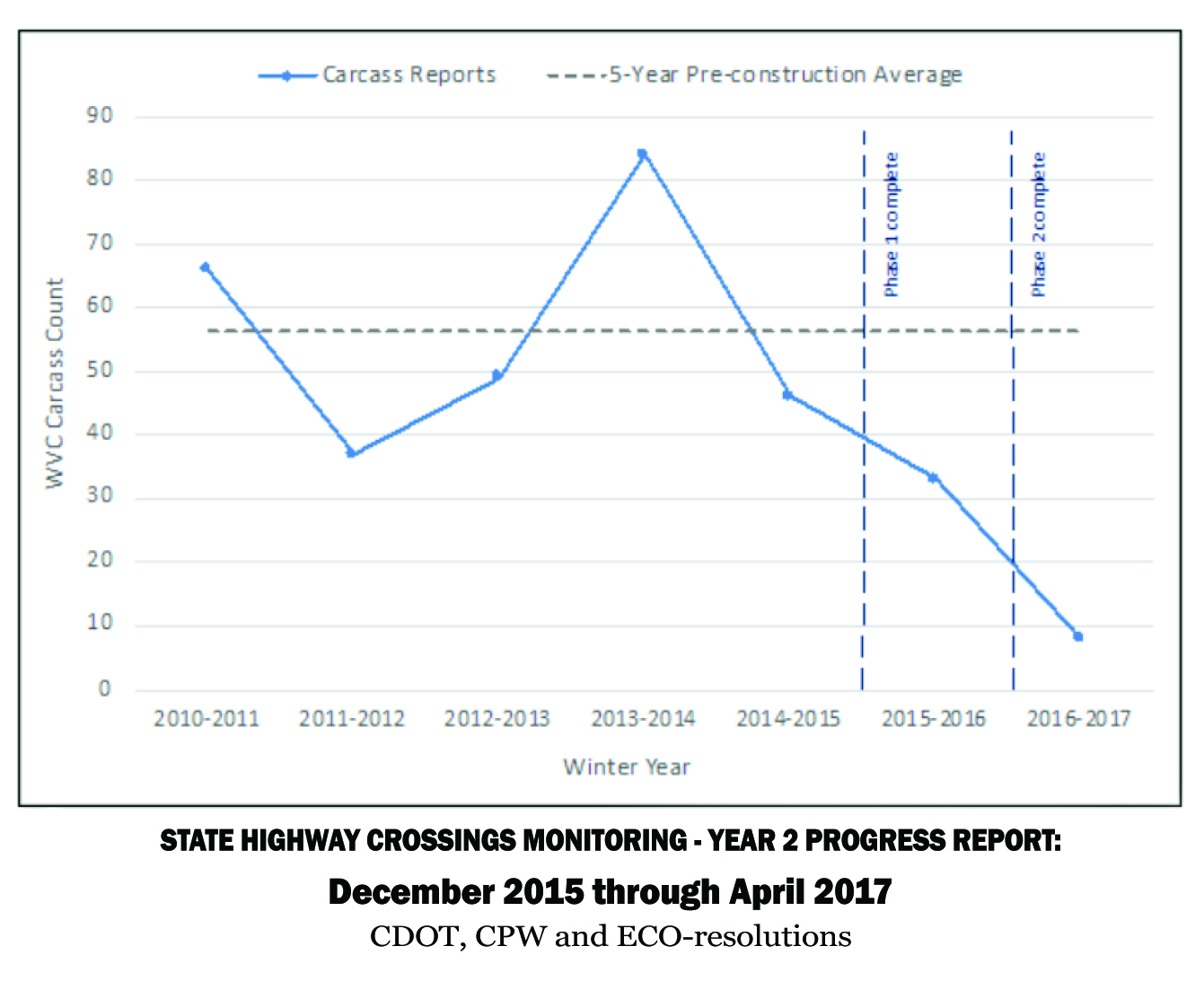 Colorado Parks and Wildlife (CPW) reports that highway underpasses and overpasses built for wildlife are significantly reducing the number of wildlife-vehicle collisions on roadways throughout Colorado. According to CPW, on Colorado Highway 9 south of Kremmling, recently constructed overpasses and underpasses have cut wildlife-vehicle collisions by 86% percent in the last two years.

Prior to the project, there was an average of 56 wildlife carcasses recorded along this stretch of road each winter. Wildlife-vehicle collisions accounted for 35 percent of all reported crash types from 2007-2011, according to CDOT. Insurance companies estimate that damage to vehicles from wildlife collisions averages about $4,000 per incident.

The Highway 9 wildlife safety improvement project was designed to improve driver safety while allowing for wildlife movement across the road.

Construction began in April 2015 with crews working to reconstruct an 11-mile segment of Colorado Highway 9. The project was comprised of construction of the wildlife mitigation features as well as road improvements which included straightening, widening, adding a shoulder and flattening roadway.

The project work included installation of 5 wildlife underpasses; 2 overpasses; 29 deer/wildlife guards, 21 miles of 8’ high wildlife exclusion fences (10.5 miles on each side of the highway), 9 pedestrian walk-throughs; and, 62 wildlife escape ramps.

The project was completed in December 2016 at an estimated cost of $47.6 million. The wildlife mitigation feature costs amounted to approximately $11 million (24%) of the total spent. 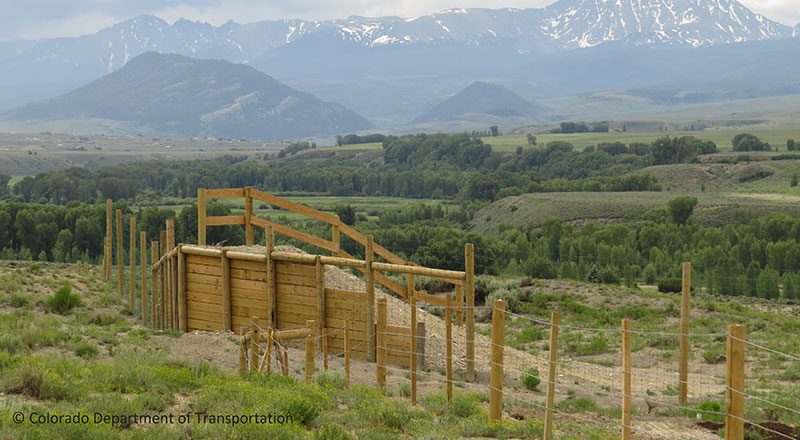 Mark Lawler, a Colorado Department of Transportation (CDOT) biologist, said that “research done throughout the world shows clearly that underpasses and overpasses dramatically lead to a decline in collisions”. But he cautions that “data only accounts for accidents that were reported”. Lawler explained that research shows vehicle-wildlife collisions are underreported.

CPW monitors the number of animal carcasses found along the roadway to determine the number of wildlife-vehicle collisions. The numbers do not include wildlife that has been hit and traveled away from the highway corridor, so there’s always an element of the unknown when calculating the numbers.

Cowardin stated that the CDOT and CPW partnership has been very successful. She told me that local wildlife mitigation efforts, similar to the Highway 9 project, are in progress around the state at the local level. CDOT and CPW are also investigating potential sites for future mitigation projects. The Highway 9 project has proven that community participation and grass roots funding, combined with state and federal funding, can work to bring the project to fruition.

Cowardin went on to say that, while the mitigation features are in place, they do not completely prevent wildlife from entering the roadway. Drivers should stay alert and watch for wildlife while traveling the project area.

Mitigation studies will continue, but early results indicate the project will bring a promising return on the community’s investment.

You can find more information on wildlife mitigation projects on the Colorado Parks and Wildlife website at: cpw.state.co.us, and, the Colorado Department of Transportation at: codot.gov