Wildfires continue to plague the west 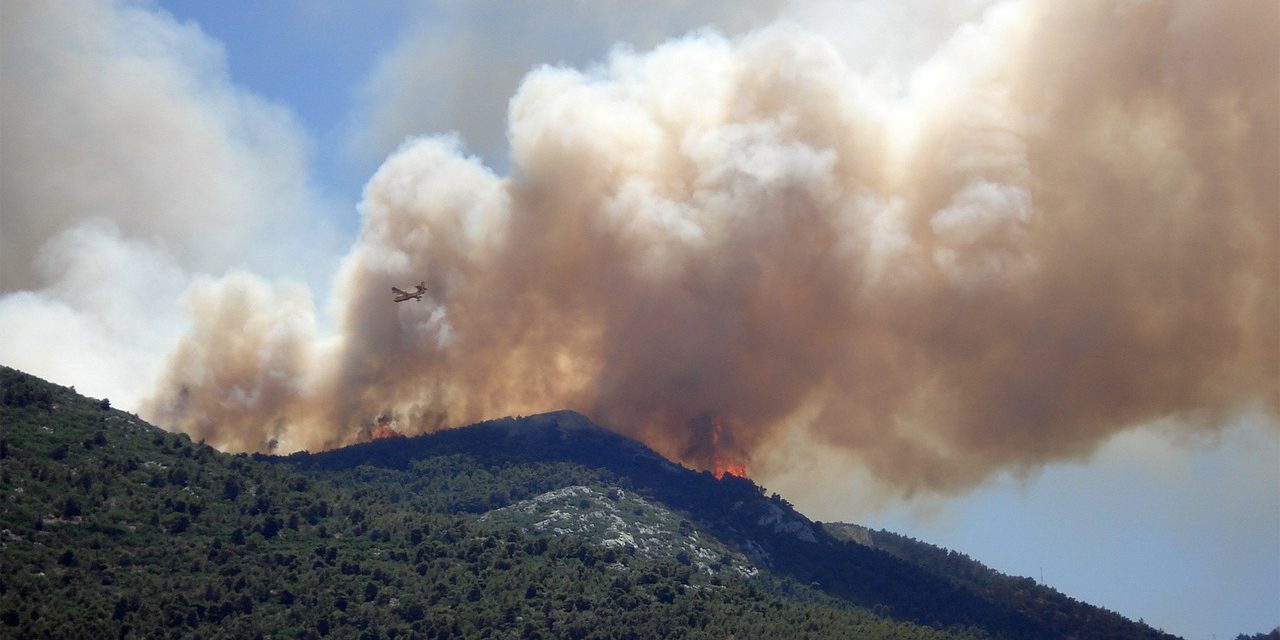 Smoke from western wildfires moved in to the area on Sunday. Coming from as far as California and as close as western Colorado, the hot, dry conditions have created ideal opportunity for fires to catch and grow rapidly.

The Silver Creek Fire was reported Thursday, July 19, near the peak of Gore Mountain in the Sarvis Creek Wilderness and on the Routt National Forest. The blaze was burning in mixed conifer, which includes lodgepole pine, spruce, fir, and both live and bug-killed timber.

Fire managers are implementing a full suppression strategy to fight the fire and will take direct actions where it is effective and safe to do so, and with the highest probability of success. At its’ origin, approximately 10 miles north of Gore Pass and Colorado Highway 134, access is difficult and firefighters were not able to safely fight the fire due to hazard trees.

On Wednesday, the Silver Creek Fire made a push to the south and east, increasing in size to 781 acres. Earlier in the week, it was below 200 acres. Fire managers had been expecting a run of this size at some point and preparations had been made in advance of the leap. Most notably, fuels treatment prep work was done along Forest Road 100 (Buffalo Park Road) so that it could be used as a fire break.

The fire has now reached the 100 Road and fire personnel are actively engaging it where it is safe to do so. Over 60 personnel are now working the fire, with more en route to the scene. Broadly, the fire is still well within the area of expected expansion. It has now spread from Routt to Grand County, as well as in both Routt and Arapaho National Forests.

The nearest structures to the fire are approximately four miles to the southeast at Latigo Ranch in Grand County and are not immediately at risk. The Old Park community is several miles southeast of Latigo Ranch. They have also set up a smoke monitor in Kremmling to keep tabs on air quality during the Silver Creek Fire.

Although there is no immediate threat, residents of Grand County have been encouraged to enroll with the county’s alert system, so that if evacuations were to be necessary, emergency managers could quickly distribute that information.

A wildfire module from the Black Hills (Type III) has assumed command of the fire, with Lee Dueker as the Incident Commander.

An area closure has been implemented by the U.S. Forest Service for the immediate fire area and additional National Forest lands that could be impacted by the fire. All of Sarvis Creek Wilderness is closed and National Forest System lands immediately to the east, including a portion of the 100 Road.

Silver Creek Fire information and updates will be provided by the U.S. Forest Service on Twitter, @FS_MBRTB, and on InciWeb, https://inciweb.nwcg.gov/incident/5985/.

Grand County Public Health issued a health warning advising unusually sensitive people to consider reducing prolonged or heavy exertion while the smoke remains visible. Smoke and haze can cause possibly unhealthy conditions for sensitive groups including people with heart or lung disease, older adults and young children. If visibility is less than five miles due to smoke, smoke has reached levels that are unhealthy.

Residents are advised to take the following precautions to stay healthy:

Keep in mind, we are in a drought year and will likely be affected by smoke from wildfires throughout the summer. Make a plan that works for your family and be ready to exercise it.

Grand County currently has Stage 1 Fire Restrictions in place. Please be careful with all open flames, be sure to completely extinguish any type of fire and never leave a fire unattended.