Where is All the Snow? 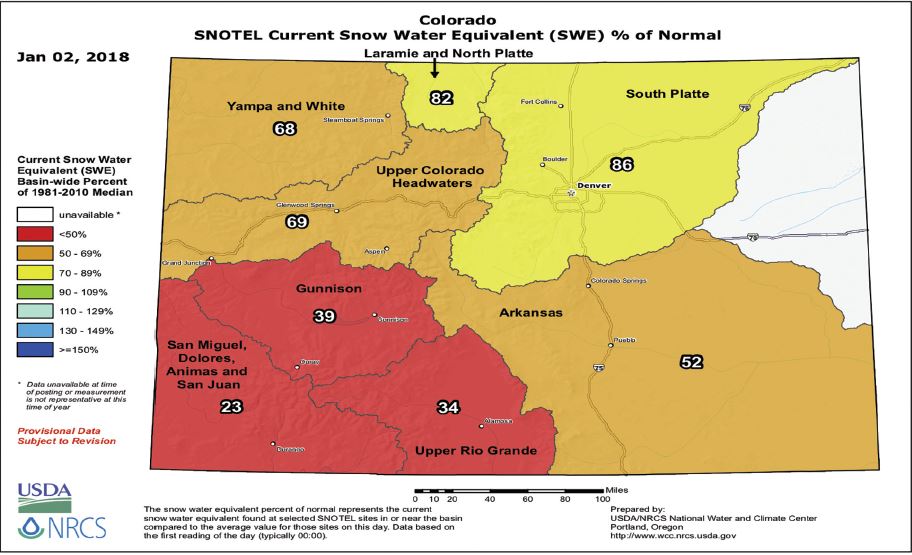 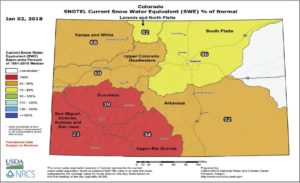 Colorado snowpack is reported at the lowest in more than 30 years in some areas of the state.

Nearly halfway through the snow season, the water utilities giants are discussing water usage guidelines and the official drought response plan.  Officials say it is too early to make predictions but are ready to put contingency plans in place in case the western trend continues into the spring.

Colorado mountain snowpack in the southwest portion of the state is at record-low levels this week, raising concerns about water supply throughout the western US.

January 5th Colorado Snotel reported the snowpack conditions are poor in most of the state with some basins measuring the lowest in more than 30 years.  In recent years, heavy spring snowstorms have saved Colorado and its booming population from serious water trouble.

But the Colorado mountain snowpack that feeds some of the nation’s main rivers hasn’t been this thin statewide in the more than three decades since systematic measuring began, U.S. Natural Resources Conservation Service, (NRCS) snow survey supervisor Brian Domonkos reported to the Denver Post.

“There’s definitely concern,” he said. “Can we count on a big spring dump to save us at this point? No, I certainly wouldn’t count on that.”

The current situation does not look good. However, we still have more than half our snowpack accumulation season remaining. There’s the opportunity for change but it would take a nominal shift in the jet stream to make up the deficit and get back to a normal snowpack level by spring.

Denver Water officials are reporting their reservoirs measured 88 percent full, higher than the average at this time of year of 83 percent. And snowpack in the areas where snow feeds Denver Water reservoirs generally is currently better than in other parts of the state.

“If we were to move into drought conditions from a water supply standpoint, we have a response plan that would guide the water use rules and restrictions to help us manage water supply and water use,” Chesney said. “But it’s too early for us to make a determination on where we’ll end up after the spring runoff.”

We are still fairly early in the season.   We have had some memorable late winter and early spring storms that set records and change the snowpack overnight.  All eyes are on the sky as every cloud bank forms because its more than water, it is our lifeblood!