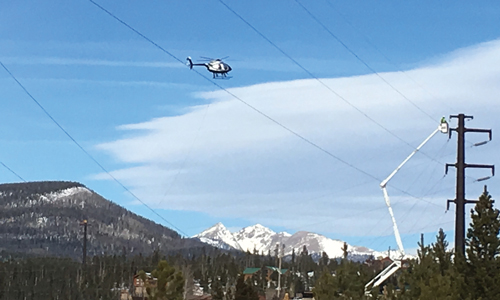 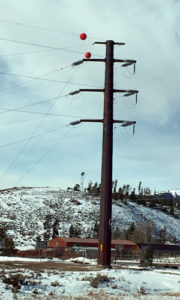 WAPA owns and operates the Granby Pumping Plant-to-Windy Gap Substation transmission line in Grand County, Colorado. The line was originally built as a single line in 1939 to power pumps moving water through the federal Colorado-Big Thompson Project, which includes Lake Granby. Over time, the power from the transmission line has been used to also serve the local community and municipal economy with reliable electricity.

WAPA is rebuilding the 12-miles of transmission line as a double-circuit to increase the reliability of the power system in the local area and ensure continued operation of the Colorado-Big Thompson Project facilities. This project will replace WAPA’s existing 69-kilovolt transmission line and provide a new second 138-kV feed from north of Granby to the pumping plant using some of the existing right of way.

The purpose of this project is to:

Provide a second source of power to the area between Grand Lake and Granby before failure of the 69-kV cable located in Alva B. Adams water tunnel (also known as the Adams Tunnel Cable)

Ensure the electric system in the area will continue to operate within acceptable voltage criteria, while accommodating future load growth in the area and the operation of the Farr and Willow Creek Pumping Plants
Allow Tri-State to serve its local member (MPEI) with reliable power
Allow WAPA to serve its customers in the area in a reliable manner
Replace a 60-year old overhead transmission line and add shield wires for improved lightning protection.

The Alva B. Adams Tunnel is a water diversion tunnel that stretches under the Continental Divide between Estes Park and the Town of Grand Lake. It also contains a 69-kV transmission line in the form of an electric cable owned by Bureau of Reclamation and operated by WAPA. This cable currently provides a second source of electrical power to the area from Grand Lake to Granby by allowing looped transmission service between Estes Park and Windy Gap Substations. The Adams Tunnel cable has exceeded its predicted useful life and, upon failure, will not be replaced. The Granby Pumping Plant-Windy Gap Transmission Line Rebuild Project addresses the electrical deficiencies created when the cable fails.

The failure of the cable system will suddenly leave large parts of the Mountain Parks Electric, Inc. (MPEI) system with only a one-way or radial transmission supply. The MPEI system affected by this transmission system includes members in the area extending from the west side of Rocky Mountain National Park on the north, to the YMCA Snow Mountain Ranch on the south, and from Byers Canyon on the west to the Arapaho National Recreation Area/Continental Divide on the east. Included in this area are the Towns of Hot Sulphur Springs, Granby and Grand Lake, as well as hundreds of customers in the rural parts of that area, particularly along the Highway 34 corridor. Without completion of this project, these customers of MPEI would risk extended power outages especially during adverse winter weather due to the lack of an alternate transmission circuit to supply the area.

The project will insure the electric system in the area will continue to operate within established electrical criteria during motor starting operations at Farr Pumping Plant and Willow Creek Pumping Plant. Engineering studies indicated that once the Adams Tunnel Cable is out of service, the voltage drop when starting motors at Willow Creek Pumping Plant will exceed acceptable limits.  “If load growth in the area continues at the current rate. This impact would affect both NCWCD and MPEI customers being served by these facilities.​”