Valley Turns Out To Spin Tunes 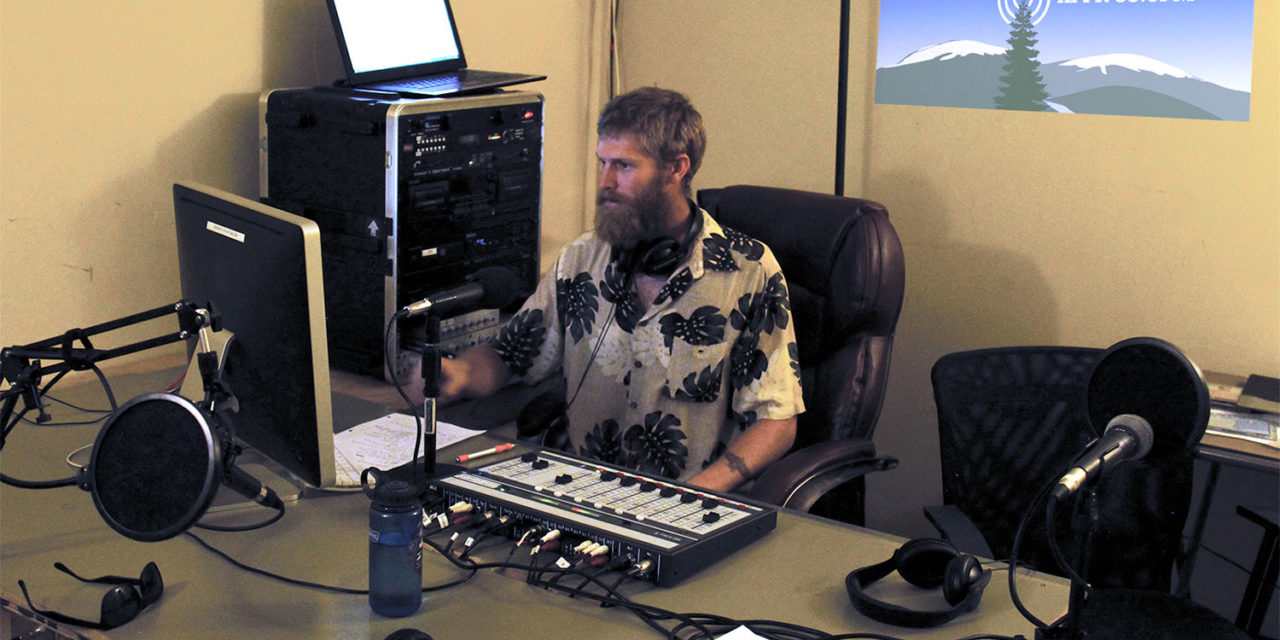 DJ  Leif Ulmer learning the ropes behind the console in a hands on training session.

There was a packed meeting of potential new DJs at Rocky Mountain Roastery for the new community radio station KFFR 88.3, Winter Park Community radio for the Fraser Valley and the headwaters of the Colorado RIver.  The station is currently operating at 800 watts but will boost its signal to 10,000 watts when a new broadcast tower is completed.

Interested volunteers participate in a informational session about becoming DJs and engineers.

Many Fraser locals arrived excited to bring their own eclectic music tastes to the station and to be trained as volunteer Djs. Station Manager, Steve Skinner, also said that there would be a meeting for any locals that would be interested in radio production if they were too nervous to get behind the microphone.  He added that he is excited to train any interested volunteers to become “professional” DJs, engineers, and producers for the station.

Denis Moynihan, station owner, explained that KFFR would be strictly non-profit and community radio.  All the potential volunteers were given an opportunity to state their ideas for programming, and community and current events were also suggested as well.  KFFR will be a mix of some talk programming focusing on mostly local topics and some national/international interest with a ton of new local DJs spinning their favorite music. To find out more about KFFR 88.3 FM, visit the website kffr.org or find them on Facebook.