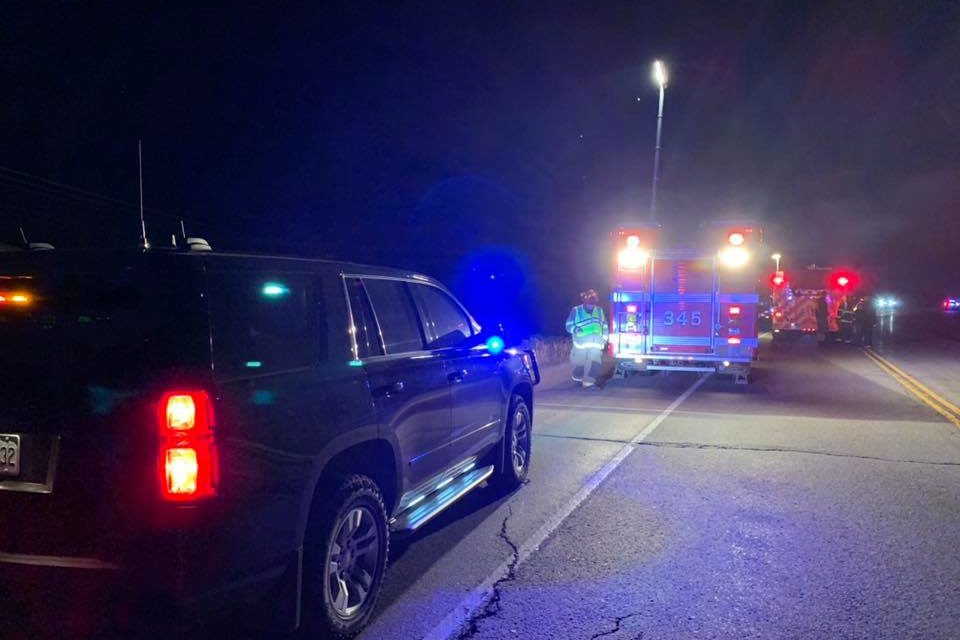 On Friday night, September 13, at about 11 pm, Colorado State Troopers responded to a two vehicle crash, Highway 40 westbound at approximately milepost 219, about 8 miles east of Granby, at the top of Red Dirt Hill.

A Grand County Deputy observed a black Range Rover SUV traveling westbound at a very high rate of speed. As the Deputy activated the emergency lights on his patrol car, to turn and attempt to contact the vehicle, the vehicle accelerated to over 100 miles an hour and the Deputy quickly lost sight of the vehicle. A short time later, the Deputy, searching for the vehicle, observed a debris field at approximately milepost 219. This area, at this time being dark and unlit, the circumstances of the crash were not immediately clear. 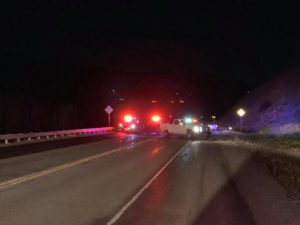 The Deputy then located two vehicles that had both been traveling westbound and were both far off the right side of the roadway. An investigation by Colorado State Troopers yielded that the black Range Rover SUV had struck a red Subaru Outback inside the westbound lanes and that the Black Range Rover SUV was both traveling at a high rate of speed at the time of the crash and was also the vehicle that caused the crash.

Highway 40 was closed for approximately two hours before the scene was documented and a cone pattern was established to allow both directions of travel in the two eastbound lanes (passing area). Both vehicles were left at their points of rest, pending an extended response from the Colorado State Patrol’s Vehicular Crimes Unit.

The crash is currently under investigation by the Colorado State Patrol. Traffic was light, the roadway was dry at the time of the crash and no adverse weather conditions were noted in the immediate area. Speed, Impairment, Reckless Driving and Attempting to Allude Law Enforcement are all suspected factors at this time.