Trouble Down the Trail 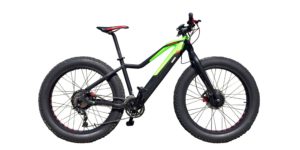 Fall is a great time to get out on the trail in Grand County.  It’s a time for locals to enjoy the outdoors without the big crowds of summer. When you are out there this fall, keep your eyes open for a growing trend out on the trail. A controversial trend in the making.

You may have already encountered cyclists cruising at faster than usual, quite effortless speeds, and, if not, it won’t be long before you do. I am talking about the “e” bike or pedal-assist bikes. They come in a variety of styles, sizes and power ratings. Cruisers, Soft Tails, Hard Tails, Fat Tires are just a few on the market, a market that is growing at an amazing rate.  Last year, e-bike sales reported just at $20 million, a stat reported by Bicycle Retailer. “That is still a small portion of the overall Bicycle Market” according to Keith Sanders, owner of Beavers Sports in downtown Winter Park and Four Time National Mountain Bike Champion.  Overall, bicycle unit sales last year came in at just over $530 million in the United States.

There is no denying that e-bikes are a heck of a lot of fun, and after one ride on an e-bike, I quickly realized that our opinions on the bikes themselves are not nearly as important as the implications they may have to our trail networks and natural environment. A common concern is that e-bikes will hasten the degradation of our hard-fought-for trail networks.

Sanders helped us understand the concept in simple terms, “an average guy riding a 750 watt e-bike, can put twice as much sustained energy 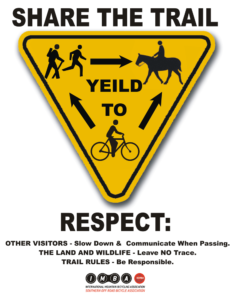 as the world’s most elite cyclist.”  Sanders added, “basically, the experience is less powered motorcycle. When it comes down to it, it is an electric motorcycle.  Full suspension, electric mountain bikes are much like a low power dirt bike and need classified regulations just like a motorized vehicle.”

I asked Keith whether he thinks they are a fad or a technological marvel of the future, and, he felt they have a place in society, especially as a vehicle for commuting to and from work and play.  Sanders observed, “They can be a problem on trails designated for mountain biking.”

Keith pointed out they are a motorized vehicle and have clear regulations for their areas of usage.

The real problem is associated with “Mountain Bike Advocacy and Trail Designation”.  The industry has worked hard to identify, design and maintain trail designation, and, e-bikes threaten the Mountain Bike community in general. Sanders lamented, “trying to bring a motorized use into a non-motorized experience is problematic”.

65% of all trails are closed to mountain bikes in the Sulphur Ranger district.  Sanders said, “we have seen trail reduction challenges for bike advocacy since day one”.  If you bring an e-bike into the equation “we risk losing more trails”, especially if the two are combined within the statues of law. “This is one of the greatest threats to trail advocacy that we have ever seen”.

Whether you consider e-bikes as the elephant in the room, a dark horse, or the coming of age, there’s no denying that we will start crossing paths with electric bikes on and off the trail. All the big trade shows of the past year saw both large and small brands proudly displaying their new line of e-bikes front and center. Some people wonder, is the public demanding them or is the market demanding that the public want them? Either way, e-bikes are out there. For many, the thought of motorized mountain bikes is making them fume, and it’s leaving the rest scratching their heads and wondering – is this the future of mountain bikes?