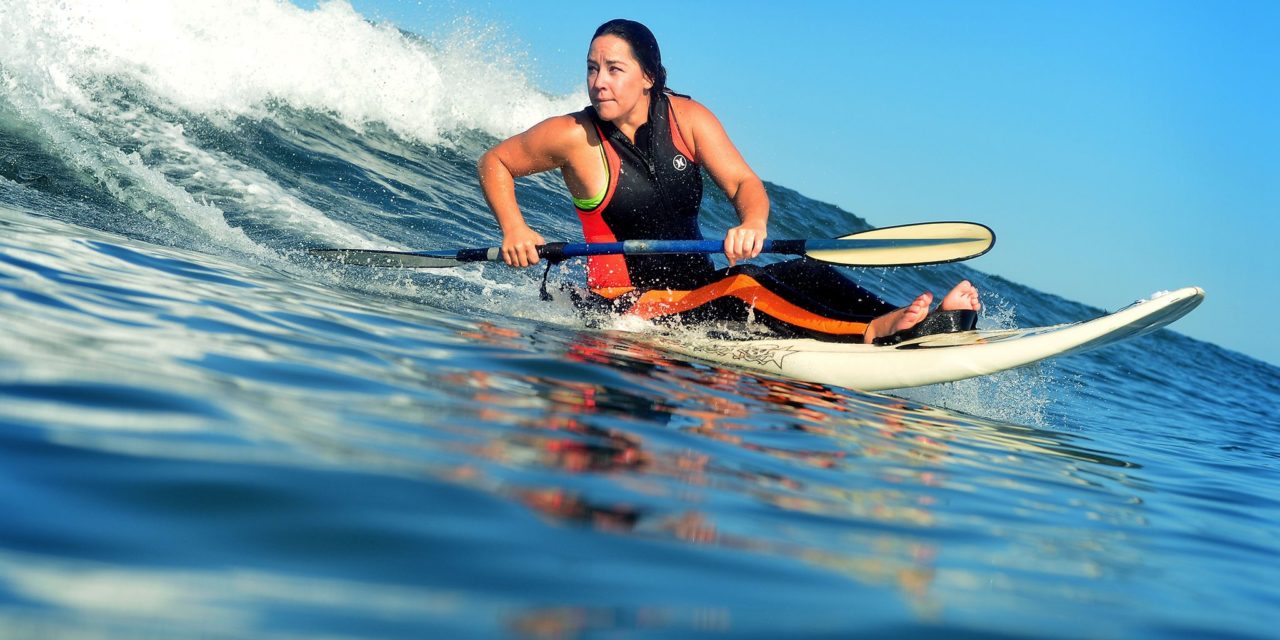 Alana Nichols is a world-class athlete with a passion for challenging herself and others. From a young age, she developed a taste for sports and adventure.  No matter what obstacle life throws her way, she takes the challenge head on.

She grew up in Farmington, NM, and was an avid snowboarder throughout her youth. In 2002, however, while snowboarding Nichols over-rotated a backflip and crashed hard. The injury paralyzed her from the waist down and pointed her in a new direction. In the beginning like any life changing event she struggled to find her way.  As fate may have it, Nichols was rolling through the gymnasium at the University of New Mexico where she was studying and happened upon a wheelchair basketball game. “Everyone was really athletic and pushing it to the limit” Nichols said. “It was so intense. It was violent, it was aggressive, it was full-contact and right away I was hooked.”

Her passion for sport was back and provided a new direction in life. “That’s when my mind changed about the world of adaptive athletics”, Nichols recalls.

Erik Peterson, Director of Competition for the National Sports Center for the Disabled spoke to me about his first competitive encounter with Nichols. “She came to our program not long after the 2008 Paralympics in Beijing where the US Basketball Team brought home the Gold Medal.  We helped her with training and equipment.” Petersen said with a chuckle, ”She said I want to compete in the 2010 games in Vancouver”,  Petersen recalls, saying “well I think we can work toward a goal but, we are probably looking at 2014.” Nichols remembers thinking “He doesn’t know me”.

And so history is written Alana Nichols not only qualified for the 2010 games, she brought home two Gold Medals: Downhill & Giant Slalom. Plus, Silver Medal Super-G and the Bronze Medal for Super Combined. Nichols became the first female US Paralympian to win Gold at both a summer and winter games.

I ask Alana about the Paralympic podium and she said,”There is nothing like it. You are there and they raise the flag and they are playing our song and you are just trying to take it all in”.

Nichols, who boasts a grounded but upbeat personality, made international headlines for her achievements, even starring as a guest on Conan O’Brien’s late-night show, The Katie Couric Show, Wake Up with Al, The Today Show and numerous other radio spots, interviews, shows and publications.

I hung out with her for a few hours and got an inside look at the life of an Paralympic Rock Star!  Alana Nichols has a active fan base that share her adventures “Live”. Facebook, Instagram, and Twitter are staples in her daily life.  In the time we spent talking and skiing she broadcast her life to fans from around the world. Ski runs, chair rides, equipment, nature and even I got a couple of hearts from her fans.  We did a few laps together and she pretty much had a screen full of hearts on her phone the whole time.

I quickly figured out she is a Gold Medal skier for a reason, as I chased her from chair to chair (see interview and video clips online at winterparktimes.com).

Alana Nichols didn’t stop with basketball or skiing. After enduring several accidents on the slopes surrounding her appearance at the Sochi 2014 Paralympic Winter Games, she transitioned to becoming a competitive surfer and paddle boarder.

Nichols, a fast learner with a drive for competition, took up sprint kayaking, a sport of strength and endurance.  She made the US Team and on to Rio de Janeiro where she competed in her fifth Paralympic Games. At Rio, she reached the finals in a third sport, finishing seventh in the 200-meter sprint kayak.

In a blog after those summer games, she wrote, “One door has closed, but another is opening. Once you’re an athlete, you’re always an athlete. This may have been my last Paralympics, but there’s no way I’m done as an athlete. It’s just going to be in a different realm.”.

I had to ask ‘Why are you back in Winter Park?’ and she said, “I need one more shot at the Paralympic podium”. Her blog comments rang true and I thought to myself, we have not seen the last of Alana Nichols. She then said, but I don’t want to be a 50-year paralympian either, so this will probably be my last winter games.”

She went on to say, “I fell in love with adaptive surfing in Hawaii after the Sochi Games. I found the sense of freedom in the ocean that I had yet to feel before. Part of what any surfer talks about is the spiritual connection you feel to the ocean and how it gives you a sense of how small you are, sitting out in the big blue sea. There’s also something about saltwater that I think is inherently healing. It makes you feel really good. All of those things came together for me when I first learned how to surf.”.

She went on to say, “I hope to do a lot of things now, including write a book, possibly make a movie and do some broadcasting. But surfing — and working to get adaptive surfing into the 2024 Games — will be an important part of my life.”

Nichols has a competitive spirit reserved only for the elite.  She has a spirit of adventure and a need for speed and she did say “probably” my last winter games. Only time will tell.