Solar Projects In The Works 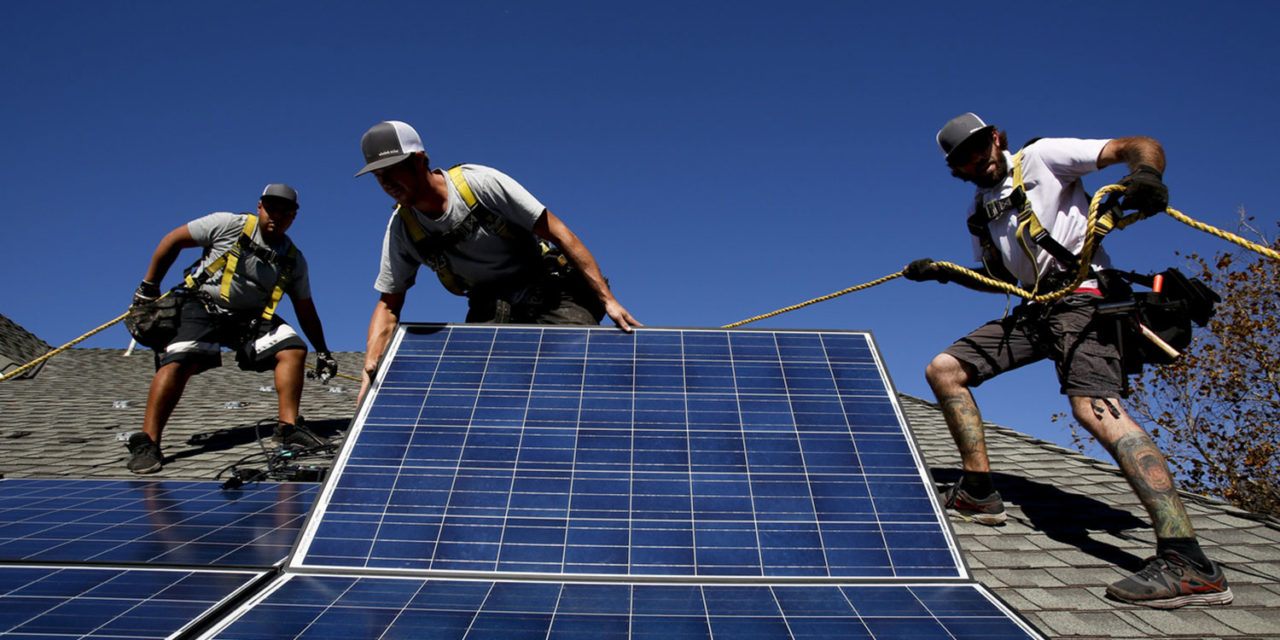 Plans move forward for a floating solar array in Jackson County, while Mountain Parks Electric considers its own solar projects.

In Jackson County, the town of Walden’s Board of Trustees voted unanimously this week to build a solar array that will help power the town’s water treatment plant. Jim Dustin, the Mayor of Walden, said at the Mountain Parks Electric August board meeting that the project “will be unique in Colorado – it will be a floating array.” Dustin said the cost of the 50 kilowatt solar array will be covered by lower electricity bills over the next decade or two.

At the electric cooperative’s August 10 board meeting, Mountain Parks Electric board members and staff also discussed their own solar energy efforts. Among the solar projects that Mountain Parks Electric is considering is a collaborative effort with other electric cooperatives in the region and the Rocky Mountain Institute. According to the Rocky Mountain Institute, solar developers have responded with offers that would deliver solar energy at a price of about 4.5 cents/kilowatt hour, less than the cost of electricity and transmission from coal fired power plants that participating electric cooperatives currently pay. 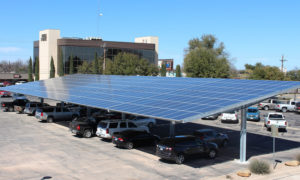 The price of solar power has declined dramatically in recent years, attracting investments from electric cooperatives, utilities, homeowners, and businesses in Colorado and nationwide. At the same time, some utilities have also sought to avoid lost electricity sales by restricting customers’ abilities to generate their own solar energy. While Mountain Parks Electric’s July meeting included a discussion of whether to roll back net metering policies for customers that install their own solar arrays, the August meeting focused more on the opportunity for Mountain Parks Electric to pursue its own solar project.

Mountain Parks Electric buys nearly all of the electricity that it delivers to customers from Tri-State Generation and Transmission Association, which generates most of that electricity from coal fired power plants in Colorado, Wyoming, and New Mexico. Tri-State also purchases power from wind and hydroelectric projects, and in recent years has begun to build its own wind and solar projects.

Other Electric Cooperatives in the Region Have Pursued Solar
Each of the electric cooperatives surrounding Mountain Parks Electric in Colorado has already built at least one solar project, and some have pursued several large solar arrays. Electric cooperatives point to a variety of reasons to pursue solar power projects, including local economic development, community support for renewable energy, and as a way to try to stabilize the price of electricity for their customers. 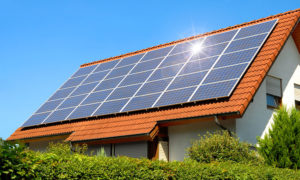 To the west in Routt and Moffat counties, Yampa Valley Electric Association has a community solar array in Craig, and is planning another for low income residents.

Tri-State Limits Local Renewable Energy Projects
To the southeast in Gilpin and Weld Counties, United Power Cooperative has built several major solar arrays, and says that it was ranked fifth nationwide among electric cooperatives for total solar installations. Its latest solar project, on an old oil and gas field in Weld County, brings the electric cooperative up to the five percent limit on the amount of electricity it is allowed to produce locally, under the terms of its contract with Tri-State.

Tri-State’s limits on local renewable energy development have been contentious with some electric cooperatives. Last year, Kit Carson Electric Cooperative in New Mexico ended its contract with Tri-State and instead began purchasing power from a new provider without those restrictions, Guzman Energy.

Kit Carson’s manager Luis Reyes said, “What we are trying to do with renewable energy economics is to create jobs. The economic development aspect of this project is very, very important. Coops should be creating economic development opportunities to keep jobs in our rural areas.”

In Colorado, another electric cooperative is also seeking to end its contract with Tri-State. In 2015, Delta Montrose Electric Association challenged Tri-State’s restrictions on local renewable energy generation, and won a ruling from the Federal Energy Regulatory Commission. The electric cooperative looks to go beyond that this year – Delta Montrose Electric Association’s annual report states that “We also initiated discussions with our wholesale power supplier, Tri-State Generation and Transmission Association, regarding the feasibility and costs of withdrawing from their membership.”