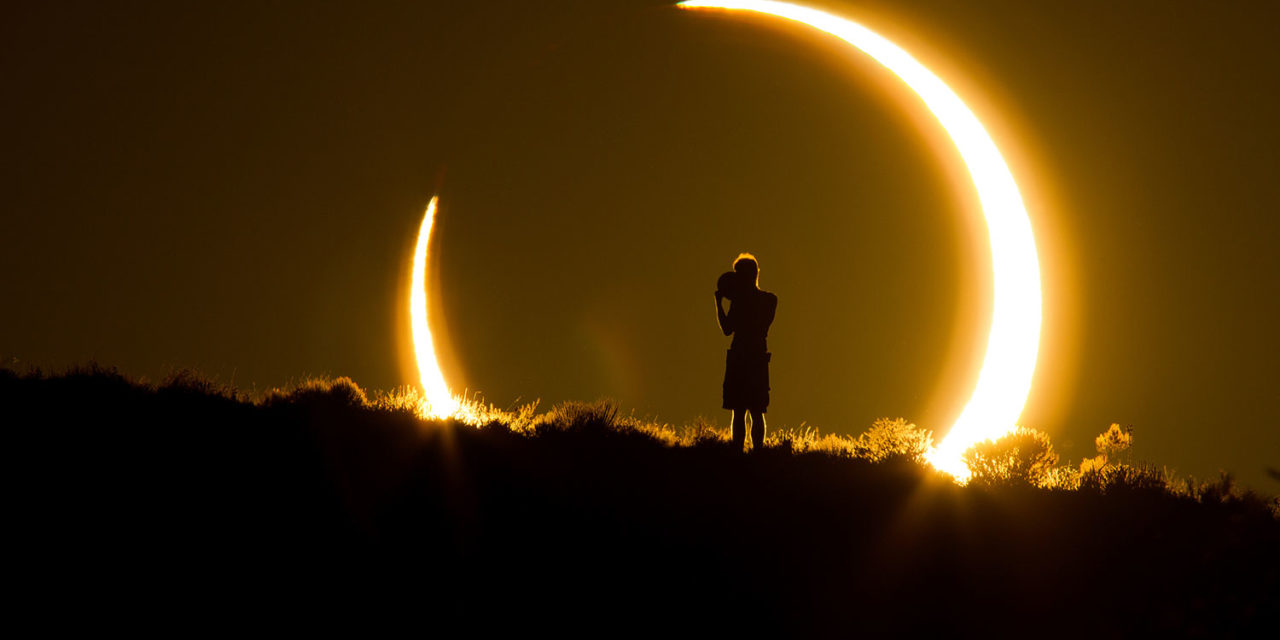 The Great American Solar Eclipse of 2017 is only days away. Some are complacent, but many of us are buzzing with excitement as this event will mark the first time in this century that a total solar eclipse will cross the contiguous (48) United States. People will be flocking to locations along the “path of totality” to get a better look; they’ll be witnessing the Moon completely block out the Sun’s rays. It’s a time for festivals and celebrations. Could be a bucket list check mark for some.

But let’s not forget that this type of astronomical event wasn’t always greeted with excitement, interest, and joyful anticipation. In our technological age, relatively rare occurrences like total solar eclipses are well understood by scientists, and thanks to the news and internet, we know eclipses are coming well in advance; information about what they are and what to expect are readily available, and so we look forward to them. But in the days when life was much harder and accurate information scarcer, eclipses were often seen as a mysterious and unwelcome disruption of the natural order.

Bryan Brewer has always been fascinated with eclipses — so much so that he wrote his first edition of “Eclipse: History. Science. Awe.” in anticipation of seeing his first, in February of 1979.

It was in the Pacific Northwest on a cloudy, grey day, and we just happened to be in a spot where the clouds had parted,” he said. In the 38 years since that fortunate first encounter, he’s seen four more — in Hawaii, Brazil, the Caribbean and Germany. In anticipation of the August 21st event, he updated  “Eclipse,” which is now in its third edition.
Eclipses have fascinated human civilization for millennia. The ancient Egyptians, Mayans, Greeks and Chinese all had elaborate traditions and beliefs surrounding the logic-defying event. “The Tahitians thought eclipses were the gods making love,” Brewer said about the overlapping of the male-associated sun and the female-associated moon. Modern humans can still experience the same inexplicable feeling of awe that make eclipses so addicting and even therapeutic. “Awe can help reset your thinking,” Brewer said. “There’s research that awe leads to a relaxation of your nervous system, helping you feel more interested in and content with the universe all at once.” It is important to open yourself up to awe.

The tragic irony of eclipses is that “you know it’s going to happen, but you don’t know if you’re going to see it.” That’s because of weather. Astronomers can predict eclipses hundreds of years in advance with stunning accuracy and precision. Day-to-day weather, however, still stumps even the best meteorologists. In case of inclement weather have a backup plan. Try bringing champagne: to celebrate a successful viewing or to wash down a cloudy bust.
Here is a thought. Don’t bother recording the eclipse — record reactions instead.
The total eclipse will only last two-and-a-half minutes for most of Wyoming so don’t waste precious time trying to snap the perfect picture of the sun. Most phone cameras can’t handle sunlight, even during a total eclipse. If you manage to grab a descent picture, you’ll be disappointed how small the sun appears. “It’ll be just a little dink in the sky” Take the time to record reactions to the eclipse. “Eclipses can be life-changing. You might want to remember how it changed yours.”

All of North America will be able to see the rare alignment of sun and moon. Yep, all of North America — and billions across the globe — will be linking to the internet and social media sites to catch a glimpse, a clip and news of the event. Overwhelming traffic might shut down more than roadways. Predictions are out there that the internet traffic will frustrate users across the world during peak viewing hours, from roughly 9 a.m. to 1 p.m. Mountain time.

For Coloradans, the closest places for viewing the total eclipse are in Wyoming and Nebraska. Sojourners beware, though: hotels in the “path of totality” — the track of the moon’s shadow across Earth — started filling up months ago. But that shouldn’t put a damper on the fun for the 12 million Americans who live near the 70-mile-wide path, or the some 100 million people who can expect to see a partial eclipse.This is the first solar eclipse crossing the continental U.S. in 99 years. You can expect the worst traffic jam of all-time. The eclipse could break the internet. 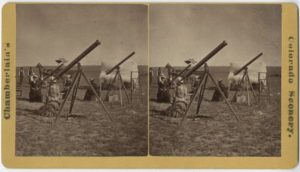 Psyched About The Upcoming Solar Eclipse? So Were Coloradans And Celebs In 1878.

A shadow will fall over Colorado August 21, as a partial solar eclipse makes its way across the state. When a total eclipse darkened Colorado for a few minutes in 1878, people gathered on high ground to watch, from Denver’s Capitol Hill, to small town rooftops, to the top of Pikes Peak. They were not alone in their enthusiasm. A who’s who of the nation’s scientific luminaries traveled west to witness the event, says author David Baron.

In his book,”American Eclipse:  A Nation’s Epic Race to Catch the Shadow of the Moon and Win the Glory of the World,” Baron paints a vivid portrait of the personalities who journeyed to Colorado and Wyoming for the solar event, including inventor Thomas Edison, astronomer Maria Mitchell and planet hunter James Craig Watson. The 1878 eclipse came at a pivotal time in America, says Baron, as the nation was gaining a foothold as a formidable scientific power.  Find his book on Amazon.  Very interesting read.

How to make a pinhole camera to view the eclipse safely 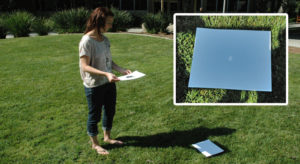 Can I photograph the eclipse with my smartphone?

According to NASA, the short answer is a definite ‘yes!’, but of course you have to be careful that you minimize glimpsing the bright sun with your  eyes without the benefit of a proper filter. As for your camera, there is no valid reason why you would want to point your smartphone camera at the brilliant, un-eclipsed sun without putting a filter over the lens. During totality, you do not need the filter, of course!
Unless you have a telephoto lens for your smartphone, you will only be able to take unmagnified images of the eclipse in your sky. These photos can be very exciting because the field-of-view is large enough that you can compose the shot with your friends and local scenery in the shot, at the same time a recognizable, eclipsed sun during totality hangs dramatically in the darkened sky. You will easily be able to capture with most smartphone cameras the darkened disk of the moon surrounded by a clearly recognizable bright solar corona. Many examples of these kinds of wide-angle shots can be found on the Internet. Of course, if you use the camera’s digital zoom, you will see a pixelized, enlarged image that will not show much actual detail in the corona. To get around this, you need a telephoto lens for your smartphone.
There are many styles of telephoto lenses for smartphones. Avoid the ‘clip on’ lenses because they constantly slip and have to be precisely lined up on the camera lens to work. They are often of low optical quality. The best lenses are rated as 12x and above, and come with their own smartphone mounting bracket. At these magnifications, a tripod is essential because of camera jitter. A decent 12x lens and tripod adapter will cost you about $30.00, but you can also use this system for great ‘close up’ shots in sport and nature settings too!  The telephoto  lens will give you enough magnification that you will clearly see some of the details in the bright corona. You should test your system by taking night-time photos of the moon so you understand how large and detailed the moon will appear in your shot. The sun/mon during eclipse are equal-sized so this is a good way to compose your eclipse shots too.  Also experiment with the settings on your camera using a downloadable app like Camera+ or NightCap Pro, which allow you more flexibility in setting up the exposure, f/stop and other factors. For more information on eclipse photography with smartphones, read the project details found at our Citizen Explorers page.
Above all, don’t forget to put your smartphone down and enjoy the eclipse with your own eyes!