Ski Broker in Fraser: New hands on the wheel. 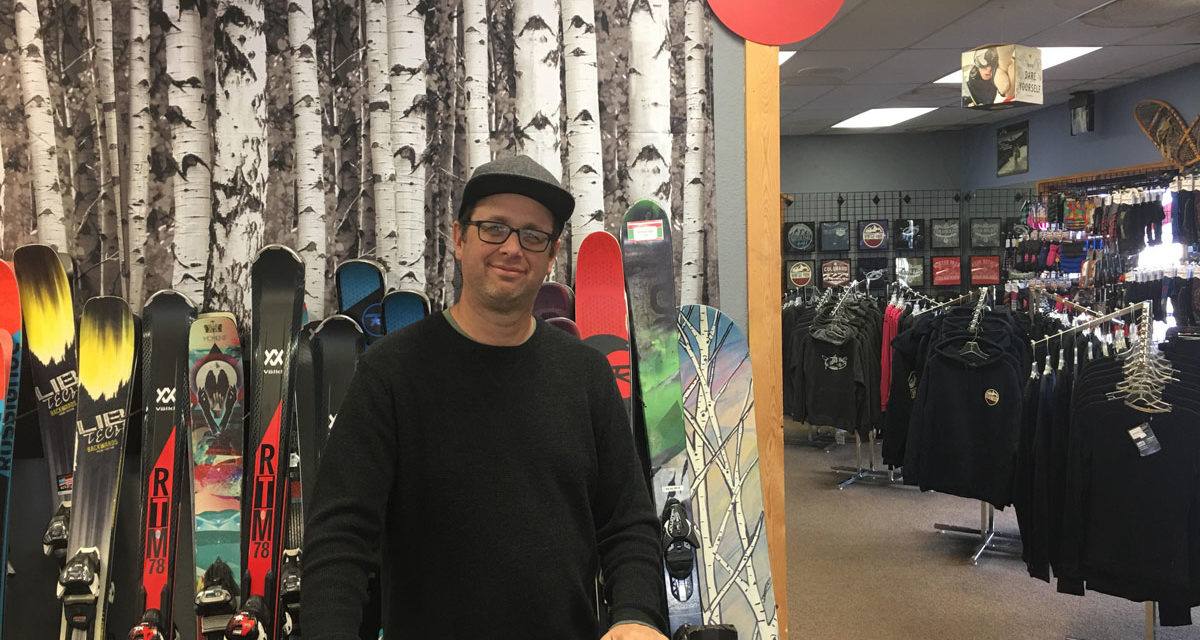 Ski Broker has been in Fraser for over 33 years and now they enter the 2017/2018 ski season with a new general manager. Paul Jones, who founded and still owns the Ski broker, has brought in Chris Olivier to run the shop for him this season. Chris brings many years of retail and sports experience to his new position. Over his career he has managed big box retail stores and for the last eight years has operated PlusSizeBMX.com, an online mountain bike media website and event company that he founded. Chris said that the Ski Broker will operate much like it has in the past but will be expanding it’s products this season to include backcountry products, fat bike rentals and more.

Chris said,”It wasn’t part of the plan. My wife and I were looking for business opportunities and developed a friendship with Paul and one thing led to another”.

However not much has changed here for many years and we feel it’s time to take some new steps. Going forward we are looking to expand what people think of and expect at the Ski Broker. We are bringing in new brands, new categories of product, and are going to be doing some events that will be out of the norm.

The Ski Broker is hosting a Movie Premiere / Ski Season Kick Off Party in Hiodeaway Park Staurday November 25th.  The “Off Piste” Film Festival will highlight Teton Gravity Research film, Rogue Elements, Matchstick Productiions new film, NeverSummer and a collection of other ski and snowboard films and trailers. The film festival starts at 5pm and ends “when It feels right” maybe 9pm, according to Olivier.  Grand Foundation will be selling beer and The Perk coffee shop will be serving coffee and Tea.  The newest food truck, Stuffed! will be onsite with mini stuffed edibles and sandwiches. The event will also include a huge swag giveaway and raffell thanks to sponsors like Rossignol, Never Summer, REI and a long list of others.