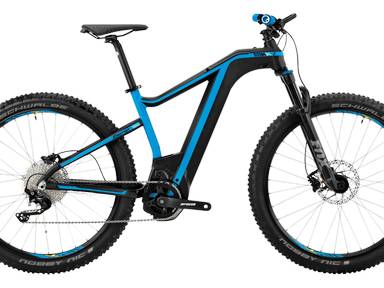 Secretary of the Interior David Bernhardt signed an order on Thursday, Aug. 29 which will allow access of electric bikes (e-bikes) on BLM land and in National Parks. This would effectively allow e-bikes onto any federal trail where non-motorized bicycles can ride.

“Reducing the physical demand to operate a bicycle has expanded access to recreational opportunities,” Bernhardt wrote in the order. It continues, “E-bikes shall be allowed where other types of bicycles are allowed.” 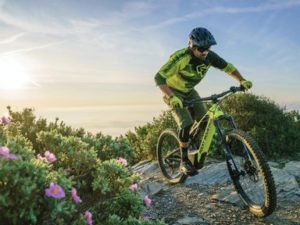 The demand for electric bikes has increased, and sales have been booming across the nation. Sales have increased by 72% to $144M last year, according to the NPD Group (an analyst firm), which follows the bicycle industry.

It appears that the decision has been made across all three e-bike classifications as well, as the order is said to include e-bikes that can assist up to 28MPH, which would include Class-3 electric bikes.

Keith Sanders, local business owner and three time National Mountain Bike Champion said, “Washington is making a global decision without taking into account the experts and advice of those managing the lands and trails at a local level.” Sanders added, “I believe it would be better suited for the experts to make decisions for their region.”

Sales of the bikes, powered by both pedals and battery-driven small motors, are booming, and some aging or less fit people have sought the rule change. It will allow them to access biking trails in the country’s roughly 400 national parks and other federally managed backcountry areas.

Sanders said, “The e-bikes make bicycle travel easier and they provide an option for people who want to ride a bicycle but might not otherwise do so because of physical fitness, age, disability or convenience.”  Sanders believes the evolution is here, but said, “We need to get out in front of it and manage it properly. To me, it is still an unknown,” meaning, what are the real effects and impacts on the trails and policies for each area?

Electric bikes are here in a big way. E-bike design has taken off; if you can imagine it, someone has built it. From cargo bikes to city bikes, messenger bikes to mountain bikes, road bikes, folding bikes, and even beach cruisers, there is something for everyone.

In the U.S., there are three classes defined by the type of assist and how fast the motor will propel you. Most electric bikes sold are class 1 or 3. Class 1 bikes have a motor (max 450w) that assists while you’re pedaling, up to 20 mph. Class 3, also known as ‘speed pedelec,’ can also have up to a 750w motor, that can assist you up to 28 mph. Both are allowed in most states and cities without requiring a license. Class 2 models have throttles that don’t require the rider to pedal in order to get a boost. They’re allowed on most streets, bike lanes, and paths, but are less popular than the other classes.

Sanders points to research done by a Tour de France rider, saying, “A rider will average 200 to 300 watts for a four-hour stage race.” Class 1 e-bikes are pedal-assist bikes that can reach and sustain that rate without much physical effort. “It is changing the game and the dynamics out on the trail.”

Last month, a collection of outdoor advocacy groups, including mountain biking and hiking groups alike, wrote into the US Forest Service and National Park Service opposing the allowance of e-bikes in national parks, largely referencing the Wilderness Act.

With the new order, there will still be a period of public comment and the rule can be altered. According to the AP, the Department of the Interior is still preparing a detailed statement which should provide more clarification.

Many mountain bike trails, including popular trails like the Phases in Fraser, are located on BLM-managed land and would be affected by the rule change. This is a story we will continue to monitor as the evolution of invention keeps rolling along.