Ribbon-cutting at The Drop 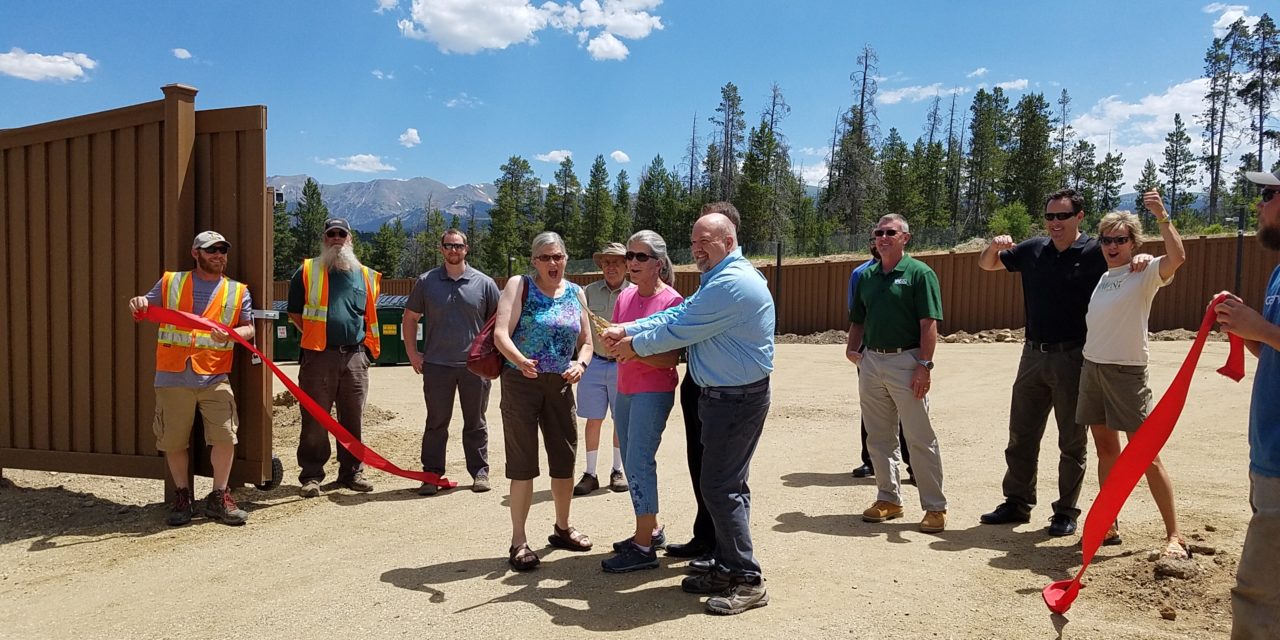 On Wednesday, June 27th, the Town of Fraser held a ribbon cutting ceremony for the town’s new “Pay As You Throw” (PAYT) facility. Located on CR 72, about a quarter mile southwest of Hwy 40 at 440 GCR 72, it is the only public trash and recycling facility on the east side of Grand County.

The event was attended by members of the Fraser Board of Trustees, Town staff, Colorado Department of Public Health and Environment (CDPHE), Waste Management and the community. Michael Brack, Assistant to the Town Manager, told the Winter Park Times “This fits with the Town’s initiatives for sustainability” and “the facility will help divert recycling from going to the landfill”. He went on to say that about 25% of all recyclables in Grand County currently go to the landfill.

The project initially began in 2005, when the Town tried to involve other county members, with little result. In 2013, the Town conducted a Waste Diversion Study and determined it was time to go it alone. The Town received funding from the Colorado Department of Public Health and Environment (CDPHE) to fund the facility that has been named “The Drop.” “We couldn’t be happier with how this facility has come together”, said CDPHE’s Eric Heyboer.

Fraser Trustee, Katie Soles, who’d been involved with non-profit Grand Recycles for 17 years before its dissolution in 2007, told the Winter Park Times she was proud of the Town’s accomplishment. “The east end of the county has been without a recycling facility for eleven years, and this will help meet the needs of our residents and visitors”, said Soles.

Laurie Batchelder Adams, who was involved in the facility’s development phase said “It’s great to see the facility in person, instead of just on paper”. 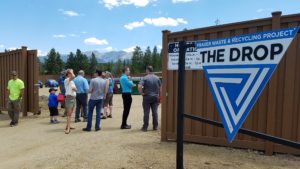 40-gallon PAYT trash bags will be available for purchase for $8.50 at the Fraser Town Hall as well as on-site during business hours. They are working with several local retailers to also sell the bags and hope to have more locations added soon. The bags are yellow and branded with the Town’s logo and a map of where the trash drop off facility is located for disposal. The bags must be utilized for all trash disposal. Profits made from the trash bag purchases will finance the facility’s ability to offer free single stream recycling.

The PAYT facility will open to the public on July 7th. Initially, the hours of operation will be Wednesday, Saturday and Sunday, from 10 am – 7 pm and is open to all. For more information, visit: frasercolorado.com.