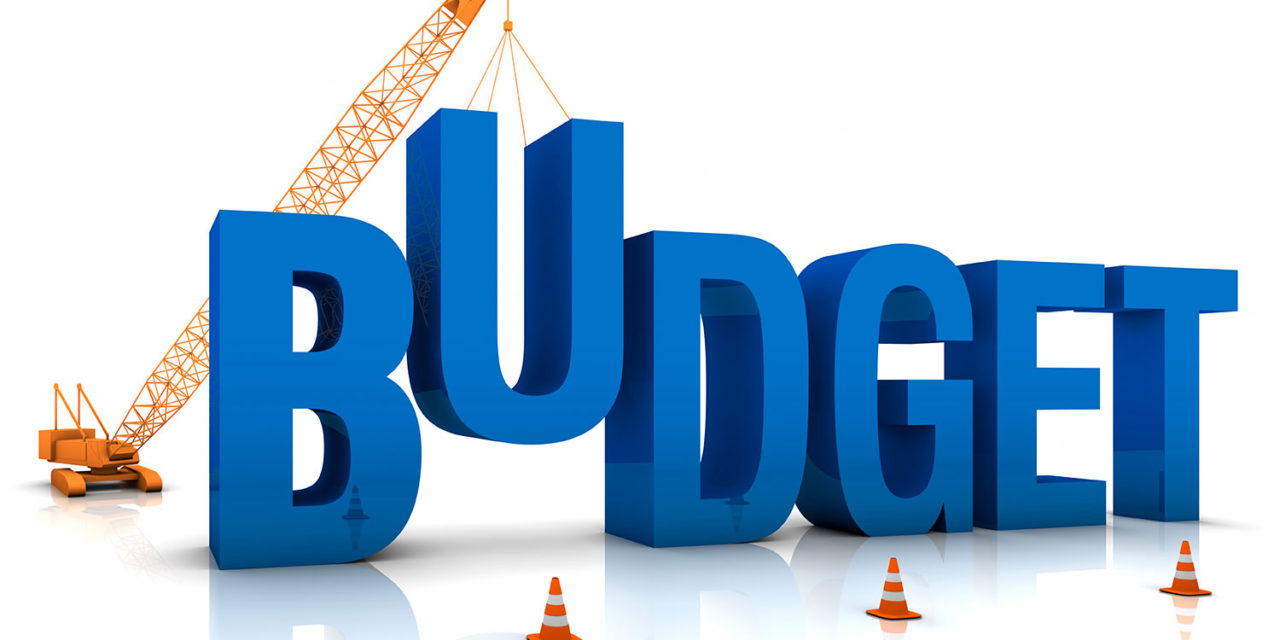 The Grand County Board of County Commissioners (BOCC), the County Manager’s Office, and the Director of Finance have recently completed a marathon 25-plus hours of budget discussion hearings, meeting with each department head in turn and deliberating on each department’s proposed budget for 2018. The process entails a line-by-line examination of anticipated revenues and expenses, previous-year comparisons, and proposed changes of significance. And if any proceeding requiring such an extent of time and attention wouldn’t be difficult enough, Grand County government is facing additional stressors in this year’s process.

There is an ongoing concern of significantly reduced revenues, due to things like the scaled-down production and anticipated closure of the Henderson Molybdenum mine, a major tax base for over four decades, and a Colorado Court of Appeals decision being declined for review by the State Supreme Court late last year. That decision changed the assessed property tax status of the YMCA-Snow Mountain Ranch to a nonprofit exemption, not only triggering a costly reimbursement with interest to the YMCA but an estimated past lost revenue of about $822,000 and complete loss of that revenue into the future.

Also this year, the County is adopting a new budget strategy known as zero-based budgeting and recommended by County Manager Lee Staab. In brief, traditional budgeting would have department heads base their proposed budget off of the previous year’s budget with potential incremental increases and justification occurring only for new or extraordinary expenses. In zero-based budgeting, on the other hand, a new budget must be created each year, taking time to justify both ongoing expenses as well as any new expenditures.

The final 2018 budget will not be reviewed and adopted by until some time in December but, in the meantime, the weight of those hearings is evident in the current discussion and decision-making happening at the BOCC. Commissioners are asking pointed financial questions around wide ranging topics. Recently they voiced concerns, critiques, and “struggles” with contract renewals– such as with Tetra Tech, Inc., the company who has been monitoring the impacts after construction on the Upper Colorado River– and with the decision about whether or not to assess an abatement on property tax owners to offset the losses of the YMCA decision.

TO RENEW OR NOT RENEW

The BOCC recently renewed their contract with Tetra Tech, Inc. for required monitoring at the Gore Canyon Whitewater Park, an artificial recreation feature located near Kremmling on the Colorado River at Pump House, a popular put-in for river enthusiasts, such as rafters, kayakers, and fishers. The $1.7 million Whitewater Park, which opened in 2016, is the successful manifestation of a multi-year effort by Grand County to secure legal water rights, fishery protection, and increased value recognition for non-consumptive water uses in the area.

Those rights, however, were granted under a Corps of Engineers permit, Section 404 of the Clean Water Act, “the basic premise of which is that no discharge of dredged or fill material may be permitted if either a practicable alternative exists that is less damaging to the aquatic environment or the nation’s waters would be significantly degraded.” For Grand County and the Whitewater Park, that meant demonstrating steps had been taken to avoid impacts to wetlands, streams and other aquatic resources, that potential impacts were minimized, and that compensation would be provided for “all remaining unavoidable impacts.” It also mandated ongoing monitoring of the impact of the man-made structure, measuring scour or riverbed erosion, macroinvertebrate sampling, and fish passage after construction.

Assistant County Manager Ed Moyer presented the contract to the Board, explaining that it was an annual contract with two renewal terms, taking it through April 2020, the end of the necessary monitoring period. For each year of the contract, Tetra Tech will document general site conditions; evaluate post-runoff conditions by surveying cross sections of the river and taking flow measurements; monitor habitat through core sampling, pebble and embeddedness counts, and review of existing data from other local water resource entities; assess fish passage through comparative data with Colorado Parks and Wildlife; and report annually on findings and any adaptive management recommendations. The total cost of the contract would not exceed $108,237 in the three-year period.

Commissioner Merrit Linke questioned the ongoing commitment and obligations under the monitoring mandate, asking for confirmation that the requirement will have been met by the end of the contract and then, “What happens if Tetra Tech says, ‘This isn’t working, rocks are washing away, and the fish can’t pass?’”

Moyer confirmed that the monitoring period would end with the contract, but that if there were unacceptable impacts assessed, “the Army Corps of Engineers would probably come back to Grand County and request modification.”

“And that would be on our nickel?” verified Linke.

To provide context for the concern, Grand County was the lead and primary funder of the $1.7 million project, with government and citizens ultimately contributing $600,000. Other funding partners included Eagle County, the Colorado Basin Roundtable, Colorado Department of Local Affairs, and the Colorado Water Conservation Board. But while the unpermitted recreation area is also heavily used by residents and outfitters from Eagle and Summit Counties, and whitewater recreators from across the state and beyond, the Pump House lies within Grand County and the permitting responsibility lies here.

Commissioners recognized that they must comply with the 404 agreement, but Commissioner Rich Cimino noted that they were not required to stay with the same company. Moyer acknowledged that the possibility of soliciting bids for the contract had been evaluated but “because of the existing Stream Management plan and the number of monitoring sites that Tetra Tech has already established in the area, I believe we get more bang for our buck with this company.”

The Commissioners unanimously approved the contract and continued some discussion of the project. Linke recognized the value of the Whitewater Park as a popular feature and wondered about the monitoring results thus far. Moyer reported that there had not been any scouring issue, that macroinvertebrate numbers were higher than they had been pre-project, but that there had been different analyses and opinions on fish passage. He indicated that the Corps of Engineers had not had issue with the fish passage numbers up to this point.

TO ASSESS OR NOT ASSESS

In consideration of a much more expensive issue, the BOCC was recently asked for direction about whether or not Staff should plan for a property tax abatement in 2018 to recoup the lost revenues from the YMCA decision. The recent decision goes back to taxes levied on the organization in 2002, 2003, and 2004. The Treasurer’s Office reimbursed the YMCA earlier this year for $137,168 in improperly collected tax and $193,968 in interest over the intervening years. The amount of lost revenue that the County had budgeted for in those years, the $822,659, brought the total loss to County coffers to $1,153,795. The County now has the option of imposing a one-time abatement on property owners in order to recover those funds.

More complicating is the fact that the County is only one taxing district affected by the YMCA decision, and not even the most impacted. The East Grand School District owed the largest repayment, $646,434, including $254,015 to be refunded and $392,419 in interest. They and the other affected taxing districts, including the Grand County Library District, East Grand Fire Protection District, Fraser Valley Metro Recreation District, Middle Park Water Conservancy District, and the Colorado River Water Conservancy District must each decide on whether to seek an abatement. The school district, for one, has indicated their interest in assessing an abatement for the paid taxes plus interest. The numbers they have given would mean, for the same homeowners in their district, a comparable $24 and $48 increase and respective $90.20 and $180.40 increases for commercial properties.

This fact was not far from the Commissioners’ minds as they contemplated the decision. Commissioner Kris Manguso, whose District 3 constituents fall outside most of the impacted taxing districts, observed that the burden on the West end of the county would be significantly less, only impacted by a County abatement. “Wow. So the East side’s going to see it. Ouch.” And District 2 Commissioner Linke, whose Granby and Grand Lake constituents are taxed by most of the said districts, expressed repeated concern about “putting the burden on the backs of taxpayers.”

However, County Assessor Tom Weydert sees the situation from a different perspective. “We don’t know what other entities are going to do. I don’t think that should be a part of your calculation,” he said. “But the taxpayers voted at whatever period that they wanted certain services provided by various entities. There was a social contract with the Library, Fire Department, School District, County, etc. that they would provide those services. And you did provide them, but you did not receive the moneys from the taxpayers to do that…. The abatement is to make the taxing entity whole.”

Additional conversation was had about the possibility of other districts attempting to collect the interest paid to the YMCA. The County had made the decision to not try to recoup the interest based on staff recommendation. As explained by County Treasurer Christina Whitmer, “I think the intent of the law and what is certified to them by the Assessor is just tax, not interest.”

“Aren’t some of those entities going to get into trouble if they’re going after interest,” Linke questioned.

“If someone challenges it, I would think so,” responded Whitmer.

In the end, District 1 Commissioner Cimino stated that he thought “it should be the policy of this board to always recoup.”

“I’m leary of always and nevers,” said Linke, continuing to express his reservations. “I get all of that and I get what was said about the social contract. But this conversation is the result of a court decision, which said the YMCA– even though it operates like any commercial property, in direct competition with other commercial properties– is not a commercial property in terms of tax revenue.”

“I don’t disagree,” supported Manguso. “It puts it on the backs of our taxpayers. But what do you do?”

Finally, Staff was directed to amend the proposed 2018 budget to include a tax abatement of $969,173, including the YMCA abatement and a collective $9,346 in additional abatements certified by the Assessor’s Office. The total abatement will slightly increase the impact to each property owner.