In order to keep destructive quagga and zebra mussels out of lakes and reservoirs in Colorado, boaters will help to provide crucial funding for the state’s Aquatic Nuisance Species Inspection Program starting in 2019.

“Colorado is one of just a few states in the country that doesn’t have an infestation of adult zebra or quagga mussels in any of its waters,” said Elizabeth Brown, invasive species program manager for Colorado Parks and Wildlife. “That’s directly attributable to our watercraft inspection and decontamination prevention program that’s been in place since 2008.”

Earlier this year, the Colorado General Assembly approved a bill that requires those who operate motorboats and sailboats on waters of the state to purchase an ANS stamp annually. The cost of the stamp for Colorado residents is $25. For boaters coming to Colorado from other states or provinces the stamp will cost $50. The stamp fee is separate from the annual boat registration permit but will be included in the cost of registration for in-state boats. The stamp and registration is currently available for residents at CPW offices and the agency website. Boaters coming from other states can buy their stamp online, at CPW offices or at any sales location beginning January 1, 2019.

Mussels have caused billions of dollars in damage, especially in the upper Midwest and Lower Colorado River.  Nearby states where mussel infestations exist include Utah, Arizona, Kansas, Nebraska, Texas and Oklahoma.

Since the ANS program started in Colorado in 2008, CPW staff and other entities have completed 4.4 million boat inspections, more than 90,000 boats have been subject to decontamination procedures and 195 vessels with confirmed mussel infestations have been intercepted and decontaminated. The threat of boats transporting mussels also appears to be growing: This year 51 boats with adult mussels were found at inspection stations, far more than the previous record of 26 boats in one year.

The new fee will cover half of the cost of the inspection program. The remainder will be paid by CPW and a variety of stakeholders, including federal agencies, local governments, water providers and other partners.

“We appreciate that Colorado boaters have been very cooperative with CPW on the ANS inspection program. And we all need to continue to be vigilant,” Brown said.

On May 4, 2018, Senate Bill 18-143​, also known as the Hunting, Fishing and Parks for Future Generations Act, was passed by Colorado state legislature. As a result of the passage, Colorado Parks & Wildlife (CPW) will be able to adjust pricing to meet increased management costs and resource usage across the state. The adjustments will also allow the agency to continue their​ conservation mission while ensuring transparency and accountability in working to achieve the ten key goals laid ou​t in the bill. ​​​​​​​​​​​​​

Visitors to Colorado’s State Parks will pay $8 – $10 for a vehicle pass, which is up from $7- $9, and, an annual parks pass will go from $70 to $80 for the year. The fee increases will allow each of Colorado’s 41 state parks to work to make improvements and upgrades. Visitors may expect changes such as additional staff on site, picnic area improvements, updated directional and interpretive signage and added educational programs.​

Residents will see their fishing license fee increase from $25 to $33 and small game hunting license go from $20 to $28 in 2019. The Colorado Wildlife Habitat Stamp, which is required with the purchase of a fishing or hunting license, will remain at $10. CPW manages over 960 species across a wide variety of landscapes, which allows for ample small game and waterfowl hunting and angling in gold medal waters. From warmer waters to mountain streams, and marshes to grasslands, Colorado sporting opportunities are second to none. Funding from these license sales may allow for additional public access, community angling grants, and habitat improvements that better support our birds, fish and other small game.

Depending upon the license type, residents can expect to pay between $8 – $50 more for their licenses in 2019. The drawing application fee will go from $3 to $7, and the preference point fee for sheep, goat and moose goes from free to $50. Our state is blessed with an abundance of wildlife, which allows for world-class hunting opportunities across a variety of treasured game species. CPW’s science-based management strategies and habitat programs help make these opportunities possible. Funding from license sales may allow for additional public access programs, habitat improvements that better support game and non-game species, or wildlife crossing programs that enhance safety for wildlife and residents alike.​ The Highway 9 Wildlife Crossing project, south of Kremmling, benefited greatly from CPW funds. 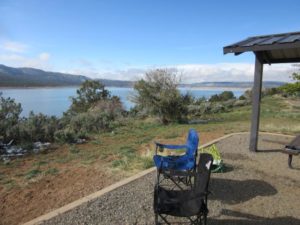 Campers can expect to pay between $4 – $11 more in 2019 for a campsite, cabin or yurt rental, but, the $10 campground reservation fee has been eliminated. Group picnic area permits will increase between $20 – $60 per day and the $10 group facility reservation fee remains in place. With over 4,000 campsites across 37 parks, from primitive sites to full hookups, CPW offers camping ​experiences for everyone. Funding from camping fees may allow parks to provide upgraded pads, recruit additional camp hosts, or increased connectivity.

New in 2019, an Aquatic Nuisance Species (ANS) Stamp is mandatory for motorboats and sailboats operating on Colorado’s waters. ​The cost of the stamp is $25 for Colorado residents and $50 for nonresident vessels. The stamp​ will provide approximately half of the funding needed to run the ANS Program operations annually, which includes watercraft inspection and decontamination services, sampling and monitoring of state waters, management of existing populations, and education/outreach efforts.​

For more information on the Act, visit: cpw.state.co.us.