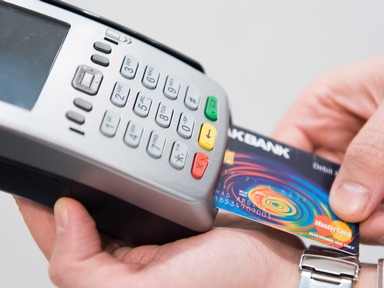 If you make most of your purchases by credit card, you may soon have to pay more. Companies like Visa, Mastercard and American Express tack on surcharges of between 1-3.4% when you use your card.

Right now, state law prevents businesses from passing that cost on to customers. Colorado is one of only a handful of states that have such a law and the state legislature is now considering repealing it. 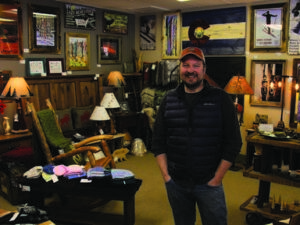 Rob Peeters, owner of Naked Aspen in Fraser, Colorado. In this photograph, Rob is in his shop working on custom picture frames to sell in his store in the Murdoch Plaza. Local business owner in the Fraser Valley for nearly 20 years not sure if a bill makes sense at this time.

Some local businesses support the bill and some do not.  Rob Peeters, owner of Naked Aspen in Murdoch’s plaza  opened his doors nearly 20 years ago. Peeters says, most customers put their purchases on a card. “If you don’t take a credit card, some customers won’t do business with you,” Peeters said. “I look at it as the cost of doing business.”

State Rep. Colin Larson – a small business owner himself – says the government shouldn’t decide which costs businesses get to recoup, especially when it doesn’t play by the same set of rules. Under the current law, government agencies can pass on the fees. They do not have to absorb that cost.

Larson has introduced a bill that would repeal the law and allow businesses to add up to a 2% surcharge on credit card purchases. He says it’s not just the high dollar credit card sales that hurt business.

“You’re talking about $5. If there’s a 5 cent per transaction plus percentage fee, that’s a significant percentage of a low dollar purchase,” Larson explained in an interview with CBS 4, Denver.

Peeters says he absorbs an average of $600- $800 each month in credit card fees. He says he saw a 25% drop in business last year due to COVID-19 and the bill may be hard for customers to accept.  Peeters is not sure this is the right time to add fees across the board.  The negative effects could outweigh the short term gains. “This would affect every component of commerce.” said Peeters. “Many Americans use their credit card for everything.”

Several local establishments in the Fraser Valley have gone to cash only because of the high fees associated with credit cards.  While some businesses have gone cashless out of concern about COVID-19.

The new bill will get its first committee hearing on Monday. It has bipartisan sponsors in both the Colorado House and Colorado Senate.   Another bill would bar businesses from taking credit cards only.