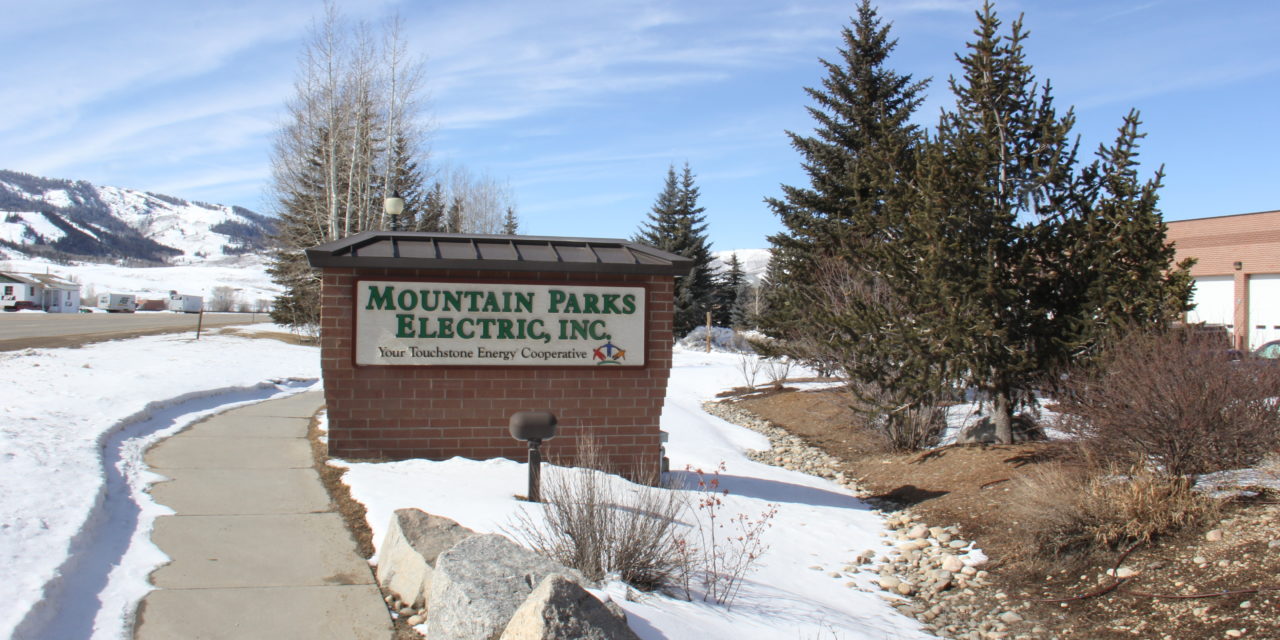 At a member-initiated public hearing in January, a Mountain Parks Electric member challenged the proposed rate increase, urging the MPE Board to increase the residential kilowatt-hour charge instead of the monthly service charge. At the hearing, the member also questioned the length of MPE’s rate increase notice period, the impact of rate structure on low-usage members, and the effect of wholesale power costs on retail electric rates.

At the January hearing, the MPE Board decided to postpone the increase and take a second look at the numbers and rate structure. At the February 14th board meeting, the Mountain Parks Electric Board of Directors voted to forego the electric rate increase originally scheduled to take effect on January 1st. According to their PR release, “MPE’s energy sales during the final two months of 2018 yielded 14 percent above-budgeted revenue and thus negated the need for a rate increase”.

Joe Smyth, the Grand County member that called for the public hearing in January responded by email to the news. “It’s encouraging that the Mountain Parks Electric board of directors took the time to get this right, and that it is investigating strategies to address the high cost of wholesale power, which accounts for a majority of our electric cooperative’s expenses.”

“As a not-for-profit electric provider, Mountain Parks Electric increases its electric rates reluctantly,” said MPE General Manager Tom Sifers. “We do our best to control operating costs. Even so, last fall, it really looked like a rate adjustment would be necessary. But when 2018 year-end revenues significantly exceeded projections, the increase was no longer needed. That’s good news for Mountain Parks Electric and our members.”

Mountain Parks Electric,(MPE) is our local cooperative non-profit energy provider. All profits are reinvested in MPE’s electric plant or returned to the member-owners. Sifers said, ”Our goal is to provide 99% reliability in our service territory. Last year, we had a little more than one hour, per customer, of outage for the entire year”.  That equates to about 99.6% reliability. “We are proud of the work we do, considering the size and terrain within our system.”

Mountain Parks Electric serves 20,600 meters on about 4,000 miles of service territory. The MPE system is a long distance, low population system which comes with a higher per person user cost to maintain. Sifers said, “The mountain region we service is challenging”.

According to MPE’s latest release, “Higher-than-expected energy sales were primarily due to cold weather in November and December”. On average, November was approximately 12 degrees colder per day in 2018 than 2017, and December was approximately 8 degrees colder per day. There is a direct correlation between cold weather and high electric consumption for heat-related loads like furnace fans, in-floor heat pumps, electric heaters, hot tubs and heat tape. The resulting energy sales negated the need for MPE to increase electric rates and apply deferred revenue to cover its operating costs. That deferred revenue will now be applied to the 2019 budget.

Sifers said, “A good economy and new construction have a positive impact on revenues because our existing infrastructure will be able to accommodate new electric services.”  That said, “We have a small margin for contingencies like warm winters, and wet, heavy snow that can reduce revenues and/or increase our maintenance costs.” It is finding a balance each year that is challenging.

Another contributing factor to MPE’s better-than-expected, year-end financials was new accounting revenue recognition requirements. Under the new requirements, MPE recorded unbilled revenue for electric power delivered but not yet billed as of the end of the 2018 fiscal year. This resulted in an additional $186,000 in revenue that was received in January 2019, but recorded in December 2018.

According to Rob Taylor, Manager of Communications and Member Services, “We (MPE) have done several things to cut our costs. Over the past 10 years, MPE has downsized its workforce from more than 74 employees to 60 employees, despite delivering electricity to more than 1,500 new services”.  Taylor added, ”Recently, MPE has adopted numerous cost-cutting initiatives that have reduced our operating costs $300,000 a year”.

MPE is also addressing some of the issues brought up at the public hearing including; the possibility of extending the notice period for rate increases, aid for low-income/low-usage members and strategies to mitigate wholesale power costs.