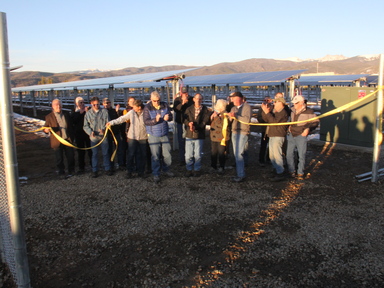 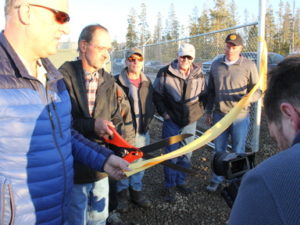 “Their power is becoming increasingly renewable each year, thanks in large part to our power supplier Tri-State G&T. But this is the first large renewable project that we have been able to locate in the Fraser Valley, and it helps support the Town of Fraser’s Sustainability Plan.”

Other noteworthy local renewable projects include the Granby Dam, the Whiskey Hill Solar array in Walden, the Town of Grand Lake’s micro-hydro recovery project and power purchased from more than 150 net-metered and large solar distributed generation projects throughout MPE’s service area. According to Johnston, due to declining costs of intermittent, renewable resources, the power generated from the new solar facility will be at a slightly lower price than its wholesale power supply. 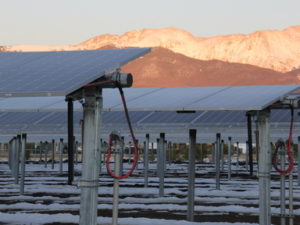 The array is named after Tom Sifers, MPE’s previous general manager and long-time employee. Over the past 2 years, Sifers and MPE staff have spent hundreds of hours working on bringing this project to fruition.

At present, MPE’s power supply is approximately one-third renewable. “We expect that percentage to grow significantly in the next few years,” Johnston said. “This is just another small step in that direction – small, but significant.”