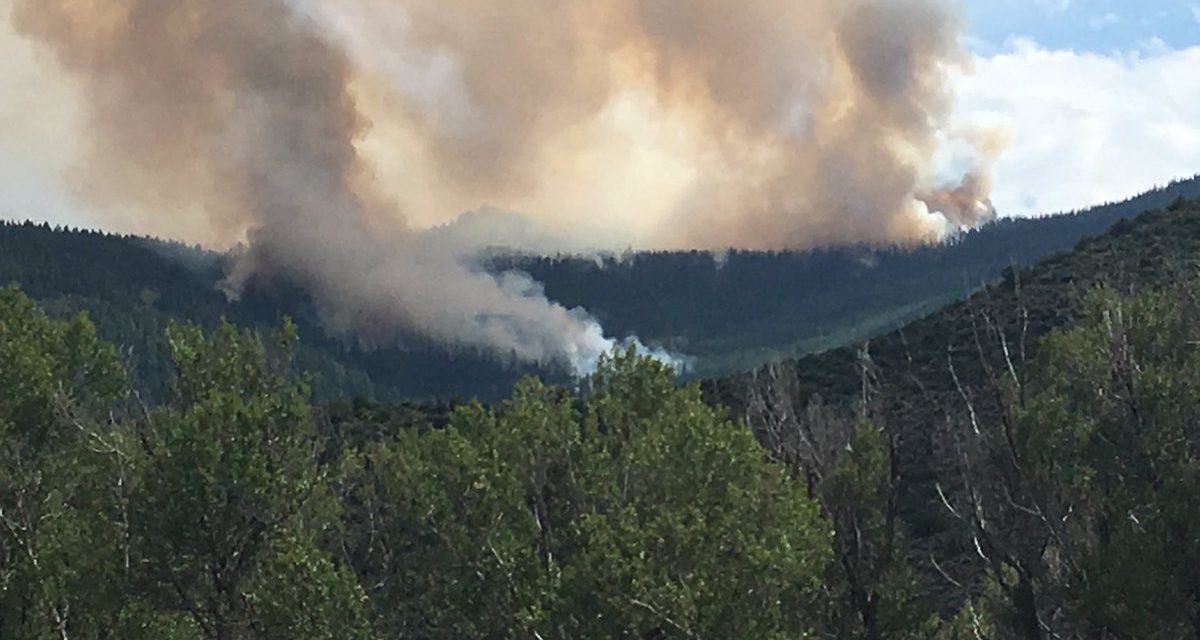 The Gutzler Fire southwest of Kremmling is now largely contained, but fire danger remains high in many areas.

The number of Colorado counties under fire bans and restrictions continues to grow as weather forecasts predict continued hot, dry conditions through the weekend. Late day showers and cool nights have helped temper the flames in a few areas but the danger is still real accross much of the central mountains and western slope.

Why no fire ban in Grand County? 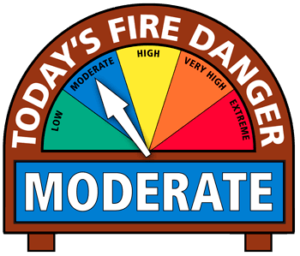 Sheriff Brett Schroetlin is monitoring fire conditions in Grand County and is in contact with Local, State, and Federal Fire Officials on current conditions. Schroetlin said, “We have met two of the Fire restriction criteria and are monitoring the conditions closely.”

Most counties (including Grand County) use a Standardized Federal Fire Matrix to determine current fire potential and conditions and evaluate the need to implement fire restrictions. Currently, Grand County falls very low on the matrix and has not reached a rating near restriction status. This rating can change with weather conditions and is reviewed every Tuesday during wildfire season. Due to the severity of fires burning in neighboring areas, the topic of fire restrictions has been brought up and will be reviewed on an ongoing basis. However, it is important to note that most of the previous and current fires burning in Colorado have been caused by lightning, accidents, and reckless or intentional acts, which are not controlled or impacted by fire restrictions.

The lack of moisture means fire danger is extremely high in many areas and activities such as backyard burning and setting off fireworks are not allowed.

The Gutzler Fire has burned nearly 1,000 acres southwest of Kremmling, but favorable weather has helped firefighters increase containment to about 70 percent. Lightning started the fire July 2nd and hot, windy conditions allowed the burn to spread to nearly 1,000 acres.

The change in the weather, in conjunction with some really good work by firefighters, allowed the U.S. Forest Service District Ranger Aaron Mayville and the command team to reassign half of the 108 personnel assigned to the Gutzler Fire to higher-priority fires across the West.

Across the West
The biggest fires in our state are devouring cheatgrass, pinon-juniper forest and sagebrush in northwestern Colorado, mostly in areas overseen by the Bureau of Land Management.

The Peekaboo Fire, burning 44 miles northwest of Maybell in Moffat County, was 12,839 acres in size is largely contained after favorable weather conditions and solid lines were able to bring the blaze under control this week, according to the Peekaboo Fire Information Facebook page.  Crews are beginning to demobilize as containment increases.

Wildfires raging in California forced hundreds to leave homes. And the heat spurred more than 180 wildfires in western Canada, where authorities declared a state of emergency earlier this week.
“It’s hot and dry,” and wind gusts from multiple directions fanned flames, said BLM fire mitigation specialist Chris Barth, a spokesman for the Colorado interagency team battling the 13,000-acre Peekaboo fire west of Craig. “This is pretty typical of fire season in Colorado. We see a lot of fire activity in late June and July,” Barth said.

If you want updates, bans, maps and restrictions in our region, visit the Colorado Division of Homeland Security and Emergency Management.  You can also find that information here.