Miracle to be Alive! 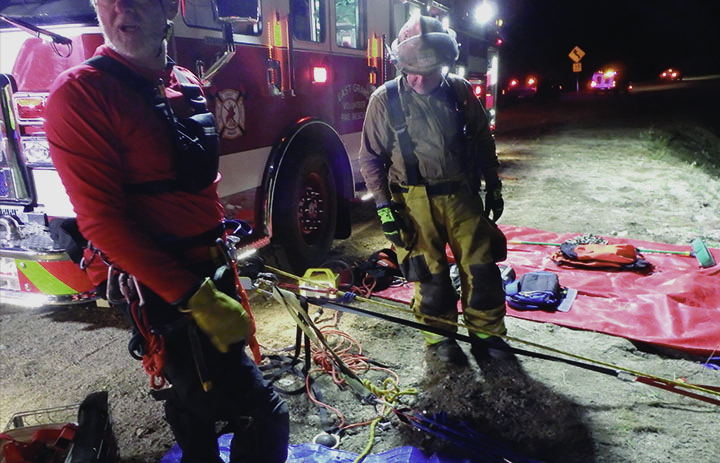 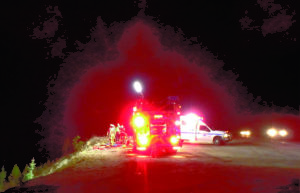 Volunteer Firefighters and Rescue team members from East Grand Fire and Grand County Search and Rescue safely executed a difficult 400 ft. uphaul of a seriously injured driver of an SUV that drove off Berthoud Pass on Saturday around 4 PM.

The driver launched over the edge near MM 228 which is a large turnout area above the second switchback, tumbling down 400 ft. eventually stopping in trees and rocks.

The 78 year old driver and his car were almost invisible from the turnout and no one reported the accident.

He was eventually able to make a 9-1-1 call which provided general location information.

A responding Grand County ambulance spotted faint tracks leading to the edge that narrowed the search.

A Colorado State Trooper climbed down the steep hillside and made contact with the driver.

Responders came in from the top and bottom of the scree slope and after lowering equipment and additional Firefighters and a GC EMS Paramedic began the 400 ft. uphaul which included a knot pass using the Fire District’s capstan winch system.

After reaching the top the patient was loaded into the GCEMS ambulance and transported to a North Colorado Medevac helicopter staged at East Grand Fire Headquarters and flown to a front range hospital. The victim is reported to be in stable condition. 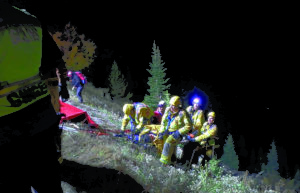 East Grand Fire, Grand County SAR, EMS, Sheriff, and Colorado State Patrol had a total of 25 responders at the scene.  All units were clear from Berthoud Pass by 8:45.