Kratom-related deaths on the rise 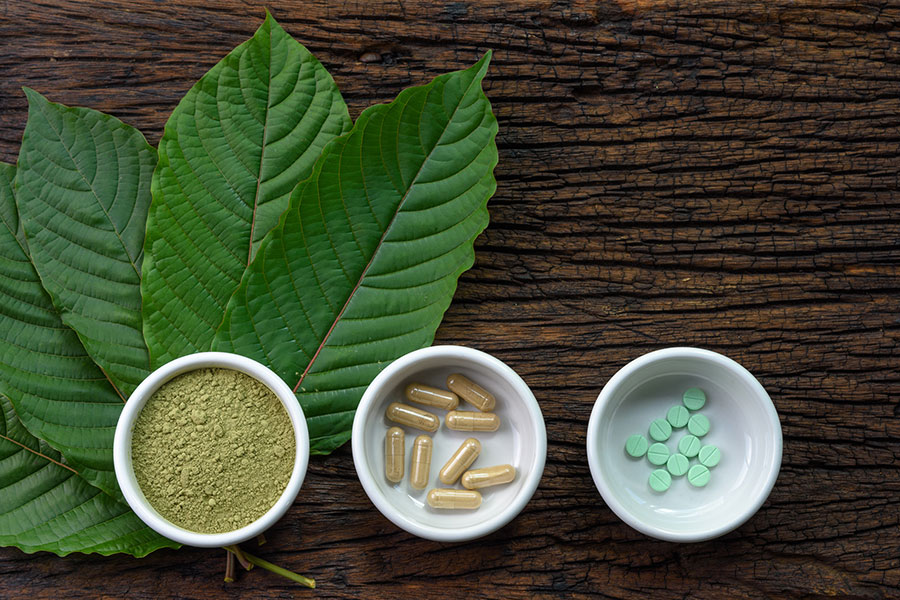 Kratom is relatively new on the scene of alternative medicine in the United States. Derived from the tree, Mitragyna speciosa, and native to Southeast Asia, its leaves have opioid properties and stimulant-like effects. Two compounds in kratom leaves, mitragynine and 7-a-hydroxymitragynine interact with opioid receptors in the brain, producing sedation, pleasure and decreased pain. It is promoted for use to treat opiate withdrawal, cough, depression, anxiety and other conditions, but little is known of kratom’s efficacy as a therapeutic agent, since minimal, insufficient research has been conducted on the substance. 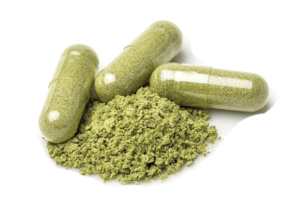 Kratom is sometimes sold as a green powder in packets labeled “not for human consumption”, or as an extract, in capsules or gum. Side effects of kratom include nausea, itching, sweating, dry mouth, constipation, increased urination, loss of appetite, seizures and hallucinations and, chronic use can cause addiction.

In Thailand and Malaysia, where the kratom tree is native, use of kratom leaves is illegal. It is categorized as a controlled substance in sixteen other countries. In the US, the states of Alabama, Arkansas, Indiana, Tennessee, Vermont and Wisconsin have made kratom illegal.

In 2016, the Drug Enforcement Administration attempted to place the active materials in the kratom plant into Schedule I of the Controlled Substances Act, but withdrew their notice of intent after they received strong protest from members of congress and the public.

In Grand County, kratom has contributed to two deaths since October 2018, according to the Coroner’s office. Statistically, that number could be higher, since standard toxicology screening did not include test panels for kratom until recently. “It is important for parents and family members to realize this is a dangerous drug”, said Grand County coroner, Brenda Bock.

Over the last year, the Food and Drug Administration has issued numerous warnings about the serious risks associated with the use of kratom, including novel risks due to the variability in how kratom products are formulated, sold and used both recreationally and by those who are seeking to self-medicate for pain or to treat opioid withdrawal symptoms. These include warnings about the contamination of kratom products with extremely high rates of salmonella that put people using kratom products at risk, and resulted in numerous illnesses and recalls and the agency’s first-ever mandatory recall order after a rigorous investigation. As part of the FDA’s efforts to assess kratom for contamination in the products tested, they also found disturbingly high levels of heavy metals in kratom products.

Despite all the risks, kratom has grown in popularity in recent years due to unsubstantiated claims about its purported benefits. Individuals seeking treatment for opioid use disorder who are being told that kratom can be an effective treatment are urged to seek help from a health care provider. More widespread adoption of treatment with safe and effective FDA-approved medications, coupled with relevant social, medical and psychological services, has the highest probability of being the most effective way to help those suffering from opioid addiction. There are three drugs (buprenorphine, methadone, and naltrexone) approved by the FDA for the treatment of opioid use disorder. There are also safer, non-opioid options to treat pain.

Tawnya Bailey, Chief Deputy Coroner said, ”At a recent conference, Kratom was a topic of concern and discussion. Many felt the herbal supplement was actually having adverse effects even causing death when used in excess.” Bailey said, “In the past we didn’t know to test for kratom as part of our drug overdose protocol. Now we are looking at the toxicology panels closely for signs kratom.”

To date, there have been no adequate and well-controlled scientific studies involving the use of kratom as a treatment for opioid use withdrawal or other diseases in humans. Nor have there been studies on how kratom, when combined with other substances, may impact the body, its dangers, potential side effects, or interactions with other drugs.