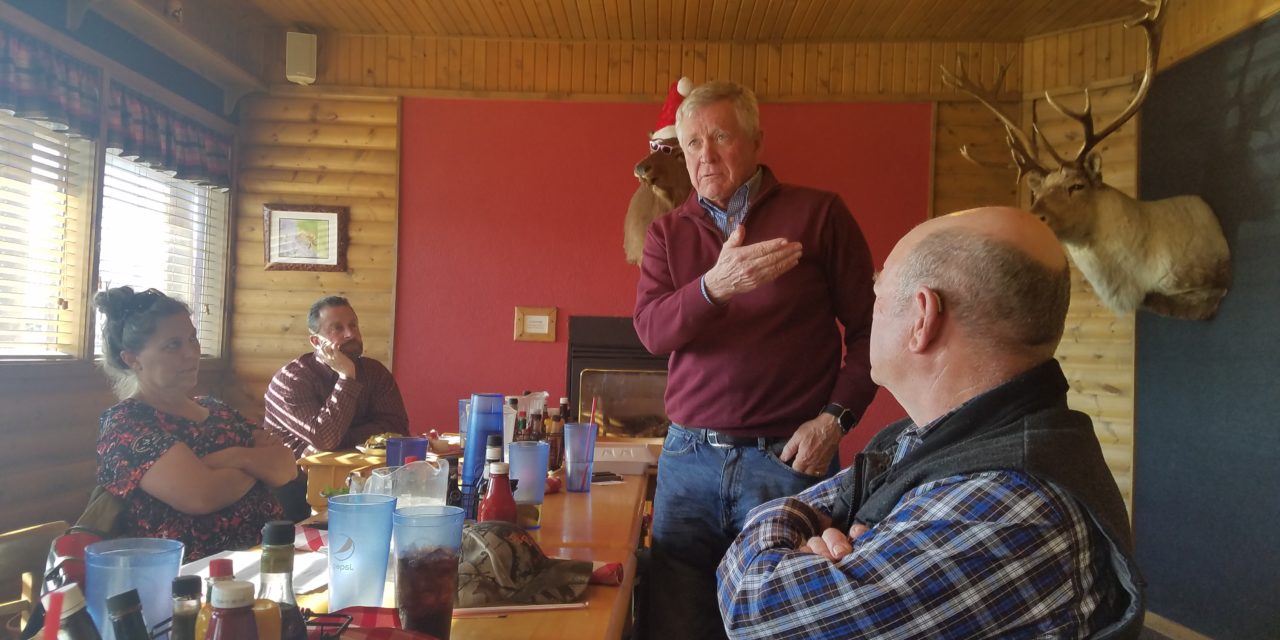 Baumgardner was first elected to the House in 2008, before moving to the Senate in 2012. He was term limited and would have had to leave office in 2020 if he had not tendered his resignation effective January 21, 2019. Baumgardner’s seat represents a large district of seven counties including Grand County and was a strong voice on rural issues in the capitol. In 2016 he became caught up in allegations of misconduct and sexual harassment and those charges ultimately led to his resignation.

Baumgardner’s voluntary exit came as no surprise to close observers of the Capitol. Rumors that he would resign have circulated since Democrats won a Senate majority in November.

According to Carl Wood, Grand County Republican Chair, “In the event of any vacancy in the senate, the political party that holds the vacant seat is responsible for deciding a replacement.”  A vacancy committee is assembled and holds an election within the committee to decide on the appointee. The person selected to fill the vacancy serves until the next scheduled general election.

Wood organized a meet and greet session at Maverick’s Grill in Granby last week to allow potential candidates the opportunity to share ideas, experiences and accolades ahead of Wednesday’s vacancy committee vote.  Bob Rankin, Brita Horn and Deborah Irvine attended the event and expressed views on a number of topics during the roundtable discussion including roads, healthcare and education.

In Wednesdays vacancy committee vote Rankin was chosen from a pool of six people including: Gregg Rippy, Zachary Parsons, Brita Horn, Warren Ward and Deborah Irvine. It took 4 rounds of voting for Rankin to earn the required majority to win the appointment. Rippy was a close second as the vote ended with Rankin 6 votes and Rippy 4. 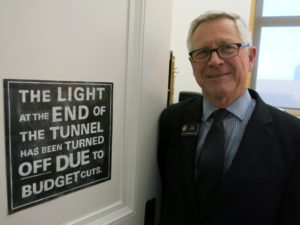 Rankin, a Pitkin county resident, said “I have a lot of energy left and politics is a calling.”  Rankin was up against his term limit as Representative and said, “this move will allow me to finish some of the work I have started.”

Rankin is the senior member of the state budget committee which he would continue to serve after making the switch from Representative to Senator. In his tenure he has sponsored 84 bills and was recognized as legislator of the year by the Associated Governments of Northwest Colorado (AGNC) in 2018.

According to a news release from the AGNC, Rankin was chosen for the honor in recognition of his legislative efforts to help promote the interests of local governments in Northwest Colorado, particularly in matters that impact the region’s economic viability.

Rankin has worked to help counties avoid serious economic impacts resulting from the cancellation of leases by the Bureau of Land Management and been a spokesperson for rural voices in the governor’s office on matters related to federal public lands policy throughout the region, the news release stated.

By resigning after Jan. 4, when the 2019 legislative session begins, Baumgardner assured the Republican who was appointed to serve the rest of his term and Rankin will be eligible to serve for two more four-year Senate terms in the seat. Had Baumgardner departed before the opening gavel, his replacement would have been eligible to serve only one four-year term. By resigning after the session, Rankin has the potential of serving 10 years if he can carry the seat through the limit.  His position will now be filled by a GOP House District vacancy committee.