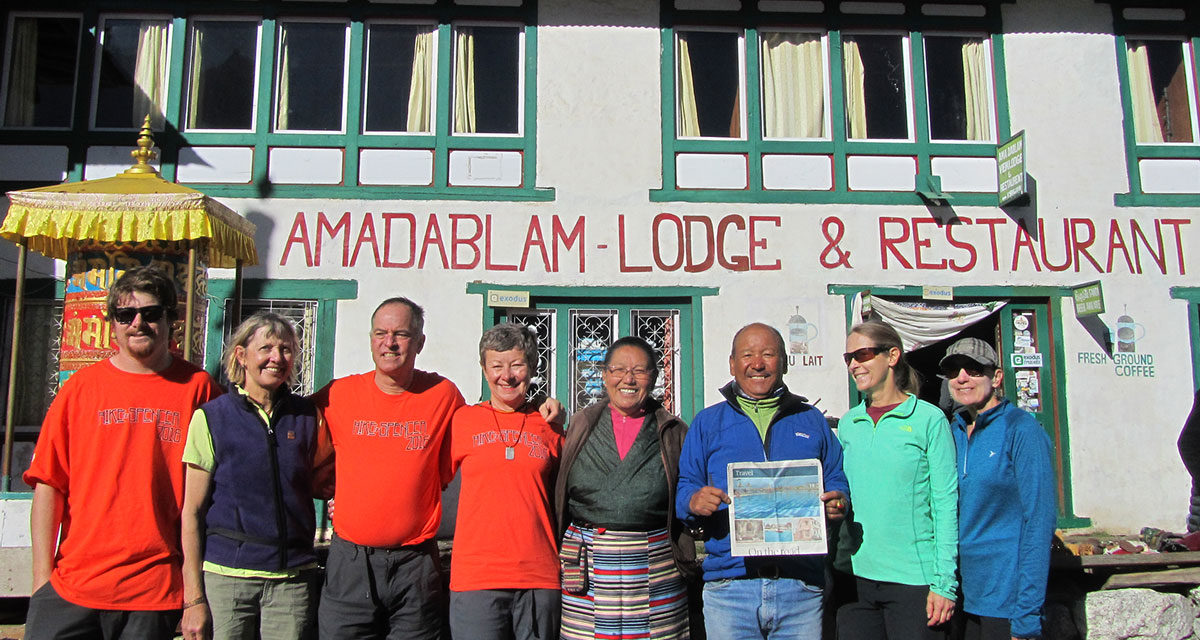 Locals help Tashi, Lhapka and Karma Sherpa give Napalese kids a leg up

By Peggy Smith and Toni Leuthold 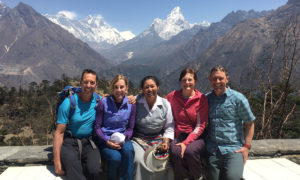 Tashi, Lhapka and Karma Sherpa are helping children in Nepal by spending part of their own summers in Winter Park.  For the last 19 years, they have brought over Nepalese jewelry and set up shop selling outside local businesses. This summer they are at the Mountain Rose, Carver’s, and Epic Mountain Sports as well as at special events at Winter Park’s Hideaway Park. The money they raise provides Sherpa children who live in the Kumbu region of Nepal an opportunity to attend school.  Many of the children that receive financial support are from families who have lost a father or provider while they were guiding and climbing Mt. Everest and other high mountains in the region.

Three separate Grand County groups have traveled to Nepal and hiked into the Everest Base Camp region within the last year.  This has provided additional funding for Tashi’s Kids as well as clothing for both children and adults.  Winter Park Resort generously donated gently used employee uniforms which were transported to Nepal in the trekkers extra bags eliminating the shipping costs.  The trekkers stayed a few nights at Tashi and Lhapka’s Amadablam Lodge and Restaurant at 11,500’.  It is on the main trekking and climbing route to Mt. Everest and other spectacular Himalayan peaks.

A fundraiser for Tashi’s Nepalese kids is scheduled for Thursday, September 7th at 5 pm at Cooper Creek Square.  Dinner is being catered by the new Durbur Nepalese & Indian Bistro.  Entry fee is a tax deductible donation of $100 per person to the Oslo Foundation. Please RSVP by September 4th to peggy@rewinterpark.com. Plan to attend and show your support to the children in the mountains of Nepal.