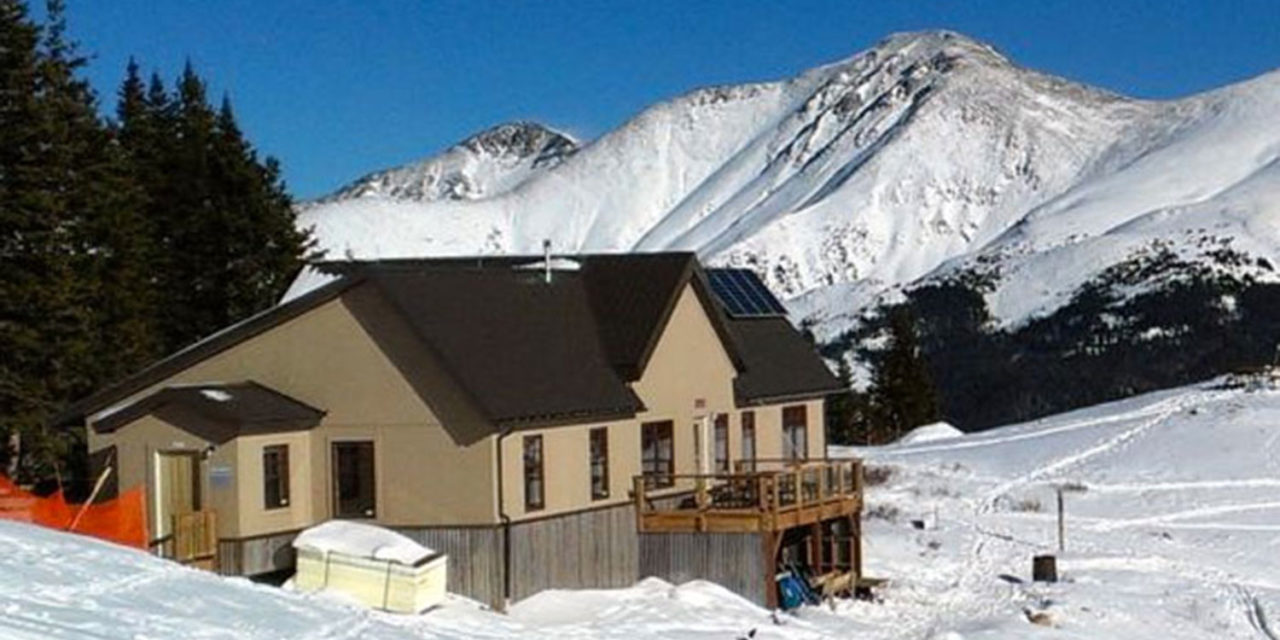 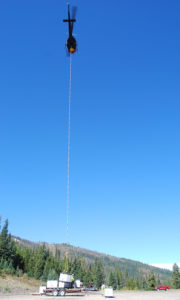 Imagine for a moment that you’re in the Grand Huts Association. You’ve built and operate huts for use by backcountry skiers, hikers and snowshoers. Your showpiece is the Broome Hut. It’s an amazing and beautiful hut located at the top of a steep 800’ climb at 11,350′ a mile and half west of Berthoud Pass.

Here’s the problem: How to supply this fabulous “hut” with the supplies backcountry guest need during their stay? Why, by helicopter, of course!

On September 27, Andy Miller, Raven Sutton and John Ferguson worked on the ground with helicopter pilot Lindsay Myers to transfer supplies including wood pellets, paper towels and, of course, toilet paper, from the Corona Siding parking lot at Winter Park Resort to the Broome Hut. 14,000 pounds of supplies divided into 8 large plastic bins (provided by Fraser Ace Hardware) were moved to the hut where Katie Soles and Westy Westerlund managed the drop-offs. “In six years of doing this, we’ve moved half a million pounds and never lost a load” said Andy Miller of Grand Huts.

Andy went on to say “The helicopter costs $2,500 per hour and there’s usually a $5,000 charge just to get it here. We’re thankful that Winter Park Resort already had it here to do some tree work and let us piggyback on their work to save the $5,000.” British Columbian helicopter pilot Lindsay Myers said the chopper was here because the resort is clearing some trees to improve access to the Eagle Wind lift.

According to Andy, Grand Huts is also taking over the nearby First Creek Cabin, which was originally built in the 1930’s by the CCC (Civilian Conservation Corps). It’s the oldest hut in the area and is part of Grand Hut’s long-term plan. The proposed hut system will eventually go from Berthoud Pass all the way to Grand Lake. The plan is for a total of nine huts and includes four existing huts – Second Creek Hut, First Creek Hut, High Lonesome Hut, and Twin Creek Hut as well as five newly proposed huts.

In addition, Andy said that Peter McDermott recently donated 40 acres to Grand Huts. The donated land is between Hurd and Hamilton 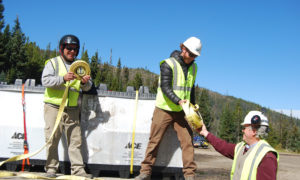